Experience as heir to the throne

When King Hassan II, born in 1929, of Morocco was formally enthroned on March 3, 1961, he had already gained extensive political and military experience. In 1943 he had attended the negotiations between his father Mohammed V and the Allies in Casablanca-Anfa; In 1953 he and his father went into exile in Madagascar. After the establishment of independent Morocco, King Mohammed V made his eldest son in 1957 commander in chief of the newly formed royal army. In this function, the Crown Prince, together with the head of the intelligence service and Defense Minister Mohammed Oufkir, had the task of putting down armed unrest in northern Morocco.

An illuminating source on the pre-colonial history of Morocco and on the events of the first decade of Hassan’s reign is the documentary “Ben Barka, the Moroccan equation” by Simone Bitton. The renowned Franco-Moroccan filmmaker tells the life story of the important politician and documents the most important epochs of Moroccan colonial history and the liberation struggle up to the first years of independence with excellent texts and rare archive images. The film is available for download on Vimeo for a small fee, in French and English.

According to computerannals, the reign of Hassan II are now commonly referred to as leaden years or referred to as “années de plomb”. In 1962, the Moroccan king passed a constitution according to which Morocco was a constitutional monarchy, with a parliament and a freely elected government. A democratic facade – Morocco was actually an archaic, religiously disguised arbitrary regime. Assured of the support of France, Hassan II secured control of the most important branches of the economy, raw materials and lands and amassed a billion dollar fortune. Politically, the monarch relied on feudal power structures and violence. The extremely conservative family law left women and children vulnerable to the arbitrariness of men. Social unrest and student protests in the 1960’s were kept down with weapons, show trials and the declaration of a state of emergency.Chabiba Islamiya, to weaken left oppositionists – especially at universities. Protesting students “disappeared” for distributing leaflets. Left oppositionists such as Abraham Serfaty, Driss Benzekry, Sion Assidon and Fatna Elbouih were brutally tortured because of their political beliefs and locked away for years. The most important instruments of rule were control, arbitrariness and massive intimidation. The so-called “Green March”, the occupation of Western Sahara in 1975 and the war against the Sahrawis (see chapter on foreign policy) were seen in this context by many opposition forces as a diversionary maneuver.

Undoubtedly, during the reign of Hassan II there was some progress – access to education, life expectancy and infrastructure improved. But overall Morocco under Hassan II lagged behind its development potential. Serious human rights violations were the order of the day. The monarch who opposed Amnesty International flowery of his ” secret gardens.””spoke, did not spare even minors. When the former interior minister and army chief Mohammed Oufkir was killed in a failed military coup in 1972, his six children and his widow were kidnapped and imprisoned under inhumane conditions. As if by a miracle, all the prisoners survived the years of imprisonment – also the youngest son, Abdellatif, who was two and a half years old when he was arrested. A book by the committed French journalist Gilles Perrault made the story of the Oufkir children world famous in the early 1990’s. After Hassan II’s death, Malika Oufkir published hers in 2000 Memories as a book, under the title “Die Gefangene”.

In addition to the children of Oufkir, Tazmamart became another synonym for the reign of terror of Hassan II. A total of 58 members of the army suspected of being involved in the attempted coups in 1971 and 1972 were taken from their prison in Kenitra to the notorious, purpose-built prison camp in southern Morocco in 1973. The prisoners there were condemned to slow, cruel death – in tiny, lightless cells with insufficient food and without any medical care. By the late 1980’s, Hassan II and the Moroccan state officially denied that the Tazmamart prison camp existed despite reports from Moroccan human rights organizations. However, because of his massive human rights violations, Hassan II came under increasing foreign policy pressure, including through Gilles Perrault’s book “Notre Ami Le Roi” in 1990 and reports from Amnesty International. In 1991, Hassan II pardoned the remaining prisoners at Tazmamart and released them. Less than half survived the ordeal. The IER Reconciliation Commission discovered a total of 32 grave sites in Tazmamart. All of the survivors were severely scarred for the rest of their lives, and several died shortly after their release. Almost a dozen of the victims recorded their experiences in TV documentaries or in book form, Aziz Binebine.

Despite the extensive repression, the protests against feudal conditions and blatant social injustices continued. In 1981 there was bloody social unrest in Casablanca (bread riots), in 1984 in northern Morocco. Hassan II had the demonstrators shot at from the air, several hundred people died. But in the 1980’s it also became apparent that the Moroccan population could no longer be controlled with repression alone. The Moroccan state was heavily indebted, the International Monetary Fund forced the Moroccan government to take so-called structural adjustment measures. The regime had to cut numerous social benefits that had bought social peace. Hassan II responded by opening valves. With the advice that people should now help themselves, the admission of non-governmental organizations was no longer hindered but promoted. More and more civil society associations emerged, which on the one hand provided mutual help, but which in some cases also aimed at social democratization. 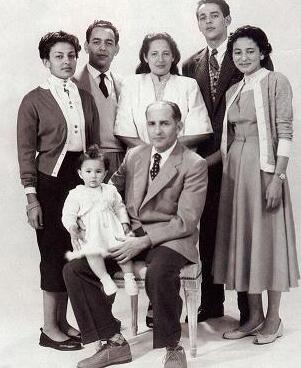 The turning point: the 1991 Gulf War and protests