Morocco (Al-Mamlaka Al-Maghribiya) is the westernmost country in North Africa. It is separated from Europe by the Strait of Gibraltar, borders the Mediterranean Sea to the north, the Atlantic Ocean to the west and Algeria to the east. The highest mountain is the Toubkal (4167m), the lowest point is Sebkha Tah, in the border area to the Western Sahara (55 m below sea level).

Growth of population: 1.3% per year

With the passage of the Advanced Regionalization Act of 2015, the governors appointed by the Ministry of the Interior (Welsh) and were retained, but the term “wilaya” was replaced by “region”. The Moroccan Ministry of the Interior provides detailed information on the territory, population, economy and cultural characteristics of the individual regions, with numerous maps and statistics on the portal of the regional authorities.

As a stock exchange, banking and trading center, Casablanca is the economic heart of Morocco: People from all over Morocco are still drawn to the white metropolis on the Atlantic. In addition, there are several other large cities that have been the target of internal migration for years and some of which already have more than a million residents: The capital Rabat, Salé, Marrakech, Fes, Meknes, Tangier, Oujda as well as Safi and Agadir. Tangier and the surrounding area have been the linchpin of a national development project since 1999, which aims to make Morocco an economic global player. In addition to classic cultural travel destinations such as Fes and Marrakech, Tangier is also increasingly being advertised as a destination for domestic and international tourism.

Passenger and freight traffic is mainly carried out by road. The rail plays a subordinate role. Road and rail networks, ports and airports have been modernized more and more for a number of years, with the help of foreign investors and the support of the EU. The logistics company DB Schenker has integrated locations in Tangier and Casablanca into its European network.

The Ministry of Equipment, Transport and Water has political responsibility. According to aristmarketing, the Moroccan road network(réseau routier) has been expanded and expanded considerably in recent years in order to promote regional economic development and to cope with the growing volume of commercial and private traffic. Among other things, motorways to Oujda (in the far northeast) and Beni Mellal (agriculturally important, in the middle east of the country) were built. According to information from the Ministry of Transport (website, French version), the Moroccan road network currently covers almost 58,000 kilometers, of which almost 80 percent are paved, and 20 percent are gravel and sand roads, according to the ministry. Motorways are almost 2000 kilometers. The Moroccan highways are chargeable. The private company provides information on the current situation on the motorways Autoroutes du Maroc with apps for Android and iPhone, among other things.

The heart of the current Moroccan railway network (approx. 2,000 km) is the connection from Oujda via Fes, Casablanca and Rabat to Marrakech, from which several branch lines branch off (including to Tangier, El Jadida and Casablanca port). The Moroccan railway company ONCF has been investing considerable sums in modernizing its vehicle fleet and train stations, including in Casa-Port, Tangier and Marrakech, for several years.

At the end of 2018, the ” Al Boraq ” high-speed train went into operation. A passenger described in a blog in May 2019 how he experienced the trip. The new long-distance train route was built with French and Arab partners. The construction was sometimes accompanied by controversial expropriations and radical interventions in the landscape. Further express connections to Oujda and Agadir are planned by 2030; an express train connection from Marrakech to Agadir is currently advertised

Phosphate is one of the main transport goods in freight transport by rail.

The Agence Nationale des Ports du Maroc is responsible for most Moroccan ports. Exception: Tanger Med I (built 2007) and Tanger Med II (completed in 2018). They are subordinate to a special operating company. The expansion more than doubled the capacities of Tanger Med. The Moroccan port is now one of the largest in the Mediterranean.

Morocco has a total of around 30 ports. The main transshipment points for international passenger traffic and trade are the Mediterranean port of Tanger-Med, which opened in 2007 (in Ksar Es-Sghir, approx. 35 km east of Tangier) and the ports of Casablanca, Mohammedia and Jorf Al Asfar. Tanger Med is operated by its own operating company and has its own website. 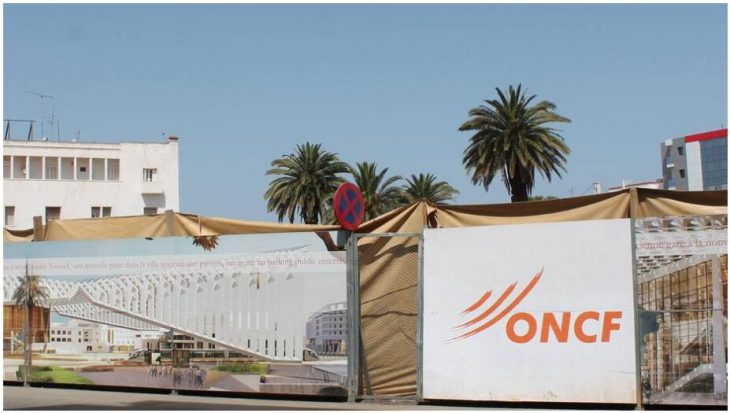