The Moroccan government is advised on foreign policy by the Institut Marocain des Relations Internationales (IMRI) and the Institut Royal des Etudes Stratégiques (IRES). The IMRI holds an annual conference on geopolitical issues.

Rabat has been a “Major Non-NATO Ally” since 2004. The country is an important partner of NATO and became a member of the ” Istanbul Cooperation Initiative ” in 2004. Moroccan soldiers take part in UN peace missions in Kosovo, among others.

According to ethnicityology, the relationship between Morocco and Algeria has been shaped by conflicts since the colonial era, culminating in the “Sand War” in 1963, as the journalist Beat Stauffer wrote in 2013. Security policy aspects such as the fight against terrorism make cooperation between the two states necessary in certain areas, and the same applies to the issue of migration. Overall, however, official relationships are tense. These tensions are seen as one of the main reasons why closer cooperation between the so-called Maghreb states has so far hardly made any substantial progress. In the MENA region, Morocco is orientating itself more towards the east, towards the Arabian Gulf region. For more on the subject see below under the heading “Morocco and the MENA region”.

Morocco is a firm ally of the West and especially the USA – politically, economically and militarily.

Relations between Morocco and the United States go back a long way. The first country to be officially recognized by the US in 1777 was Morocco. The Moroccan-American Treaty of Friendship of 1783 is the oldest friendship treaty between the United States and another state. In the 1940’s, the US encouraged the Moroccan national movement. From the American military base in Kenitra (northeast of Rabat), US pilots launched reconnaissance flights over the sea and attacks against enemy submarines during World War II. After the Second World War, the base was used from 1951 to 1977 for reconnaissance flights against allies of the Soviet Union in the Eastern Atlantic and Mediterranean.

In 1991 Morocco took part in the Gulf War against Iraq. In addition, since independence, Morocco has been an important mediator in relation to the Arab world and Israel. Since 2004, Morocco and the USA have also intensified their economic relations through a bilateral free trade agreement.

The relations with the EU is intense. From the EU’s perspective, Morocco is a guarantee of stability in North Africa and the MENA region. For years, the EU has been Morocco’s most important trading partner, with France holding a central position. In 2000, Morocco became an EU association and thus received advantages in the export of agricultural and other goods. In 2008, Morocco was given a particularly privileged status under the so-called Avancé Statute. In 2010, at the first EU-Morocco summit in Spain, a further intensification of cooperation and partnership was agreed. The free trade agreement with the EU came into force in 2012. As part of the European Neighborhood Policy For years the cooperation has increasingly extended to security issues (e.g. combating clandestine migration, fighting terror and extremism).

Due to the colonial history and the large Moroccan community in France, relations between France and Morocco are very close. Every year King Mohammed spends several weeks in the village of Betz near Paris.

Morocco’s rulers have always had a great security, economic and political interest in their southern African neighbors. However, due to the Western Sahara conflict, Morocco’s political position was weak for decades. Morocco was not a member of the African Union for more than 30 years. However, in recent years Morocco has intensified its relations and activities in Africa. In West Africa, Morocco is gaining economic influence. Morocco has officially been a member of the African Union again since the beginning of 2017.

Morocco and China have had diplomatic relations since 1958. China is one of Morocco’s six most important trading partners. For its part, China is much more involved in Algeria in Africa than in Morocco. That could change, because recently Morocco has further intensified relations with China and placed them on a formal basis. In March 2016, the Bank of China opened its first branch in Morocco in Casablanca. In May 2016, King Mohammed VI signed the a document on a strategic partnership between the two countries during a visit to China. The royal family hopes that the intensification of relations with China will also give Morocco a stronger position in the conflict over Western Sahara.

Morocco has had diplomatic relations with Israel since 1994, but there are no official diplomatic missions, but liaison offices.

Morocco and the MENA region

The Arab states have made numerous attempts at economic integration, but so far with rather poor results. Relations between Morocco and the Arab Gulf States are very close, partly because of financial aid from the Saudi-dominated Gulf Cooperation Council and because of Morocco’s dependence on energy supplies from Qatar. This dependency harbors conflict as Saudi Arabia is doing everything it can to isolate Qatar. Saudi Arabia is considered a very important ally of Morocco.

In 2012, the Gulf Cooperation Council officially offered Morocco and Jordan membership. There was no full membership, but a privileged partnership and extensive financial commitments. The good relationship is reflected in a growing number of joint economic and investment agreements and projects. Since 2004, Morocco has also been linked to Egypt, Jordan, Tunisia and the EU via the so-called Agadir Agreement, although the Agadir Agreement does not provide for a customs union.

Morocco’s relationship with its closest neighbor Algeria is still impaired due to historical armed conflicts, due to competitive thinking and because of Western Sahara. Since the departure of Spain in 1975, Morocco has controlled the Western Sahara and exploited the natural resources (phosphate and fishing) profitably. The Sahrawi independence movement POLISARIO is supported by Algeria.

It is true that Algeria and Morocco have now agreed that no visas are required for air travelers. But by land, the border between the two countries is still closed. The Algerian-Moroccan dispute is seen as a major obstacle for regional economic integration. Only a fraction of the international trade of the Maghreb countries takes place between the countries themselves, although they could complement each other in raw materials and industries. The Union of Arab Maghreb States (UMA) could be an opportunity: The organization wants to accelerate economic exchange between the member states of Morocco, Algeria, Tunisia, Libya and Mauritania, including through the Maghrebian Bank for Investment and Foreign Trade, which was founded in 2010. Some new joint projects give hope that the inner-Maghreb cooperation will gain momentum: A fiber optic network for telecommunications, transnational power networks or the fight against desertification are the first successes of the cooperation. 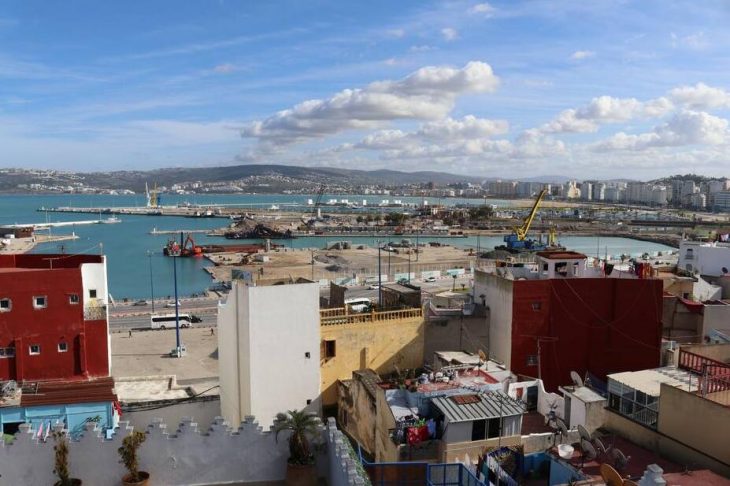