At the beginning of 2011, under the influence of the so-called “Arab Spring” as well as the mass protests and upheavals in Tunisia and Egypt, the protest movement ” Mouvement 20 Février ” (movement February 20) formed.

At the beginning of the movement there was an alliance of different actors, mainly from the left and secular spectrum: human rights activists from AMDH and ATTAC Maroc, members of left and social democratic parties, district groups and civil rights initiatives, including MALI, the “Alternative Movement for Individual Freedoms”. Active members of the MALI community had in some cases already protested against what they saw as traditional political rituals and religious constraints, such as the annual homage to the king or the ban on eating in Ramadan.

Young people who had not been politically active to date also called for the demonstration on February 20 via Facebook. There were also Islamist actors, namely from the opposition party “Justice and Development” and the large extra-parliamentary movement “Justice and Welfare”. After the start on February 20, 2011, several hundred thousand people took to the streets all over Morocco by early summer. Overall, the protests were comparatively peaceful. Occasionally, however, there were outbreaks of violence and there were also dead and injured, five of them alone in the fire in a bank building in Alhoceima (northern Morocco).

According to ehistorylib, much of the protests in Morocco were not about revolution, but rather about reforms:

Unlike in other countries during the Arab Spring, the head of state was not asked to resign. There were calls for the dissolution of the “Makhzen”, but the abolition of the monarchy was not a public issue during the protests.

King Mohammed VI and his advisory staff reacted promptly to the protests with a mixture of capture, organized counter-protests and military-political repression. A series of cleverly orchestrated policies were designed to take the wind out of the sails of the movement. The national and international public was given the impression that Morocco would take a relatively peaceful “special route” (exception) in dealing with the protests.

On March 9, 2011, just 17 days after the protests began, King Mohammed VI resigned. a constitutional reform. The main points of the new constitution should be the strengthening of parliament and the prime minister – a main demand of the demonstrators. The people should vote on the constitutional amendment by referendum. July 1, 2011 was set as the date.

Meanwhile the movement grew in number. By the early summer of 2011, more and more people took to the streets across the country and a boycott movement against the constitutional referendum was formed. But despite calls for a boycott, the referendum was a success. The turnout was high and the king kept the ball in his hand. On July 30, 2011, the monarch announced that the parliamentary election planned for 2012 would be brought forward by one year. He also promised ad hoc jobs for unemployed young people and academics (diplomés chômeurs) as well as extensive social aid and subsidies. In fact, numerous new jobs were created, especially in the construction sector.

The movement’s weaknesses became more and more apparent during the summer and autumn of 2011. The high speed of the ruling apparatus produced enormous pressure to act, which the protest movement could not keep up with. With the recipe “reform instead of revolution” the king was able to neutralize the protest potential. At the same time, the alliance between the secular forces and the extra-parliamentary Islamist organization “Justice and Welfare” was reaching its limits. The loose organization of the left and the hierarchical structure of the Islamists did not fit together, the political agendas were too different. Various groups and political parties that had initially participated in the “February 20” movement – including the Islamists – withdrew. After the general election on 25. November 2011 it was obvious that the movement had lost a lot of its mobilizing power. Those who didn’t want to give up now had to harshly expect repression.

The activists of “February 20″ did not achieve their political goals – real democratic reforms of the system of rule. Nevertheless, the movement marks a political and social turning point. Never before had so many young people and so many women taken to the streets. A review with many video links from 2015 clearly shows this. It is also interesting that some activists shifted their engagement to the cultural area after the end of the movement. This gave the cultural scene new impulses.

Some activists from 2011 joined the Hirak movement in 2016, which started out in northern Morocco and covered large parts of the country (see next subchapter).

In his documentary ” My Makhzen and Me “, which can be played for free on Vimeo, the filmmaker Nadir Bouhmouch reviews the events of 2011 in Morocco from the perspective of young left-wing activists. The documentation is not very analytical and does not take many important aspects into account. Nevertheless, the film is worth seeing because it makes the force of the events of 2011 visible and understandable. The documentation contains many details that did not find their way into international reporting in 2011. 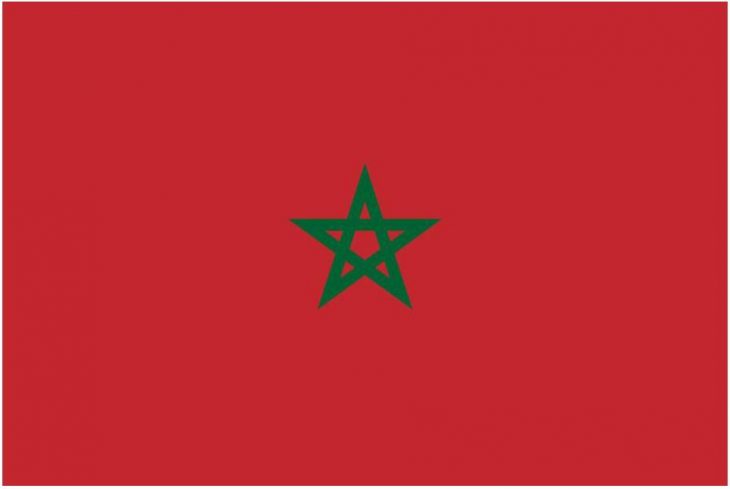