Since 2014, the issue of flight and migration has become increasingly important in Serbian society, initially due to increasing migration from the Western Balkans to the EU, and finally Serbia became one of the key countries of the European refugee crisis in 2015, when hundreds of thousands were due to the collapse of the EU external border and the European asylum system took the route via the so-called Balkan route to the European Union.

In both waves of migration, Serbia assumed the role of a transit country and not a destination country for migration, for two reasons: First, the country is largely unattractive for asylum seekers and other migrants due to its socio-economic and social conditions. Secondly, Serbia has a poorly functioning asylum system that motivates asylum seekers to move on to the EU.

The first wave of migration was that of Kosovar Albanians via Serbia and Hungary further west (Germany, Austria, Switzerland) at the end of 2014, beginning of 2015. Out of desperation about the political and economic situation in their home country, tens of thousands of Kosovars took the opportunity to enter Serbia legally, to reach the EU in the north in the province of Vojvodina over the green border to Hungary. This wave of migration largely came to a standstill in the late spring of 2015 after the affected EU countries had initiated numerous measures in cooperation with Kosovo, in particular the declaration of Kosovo as a safe country of origin. 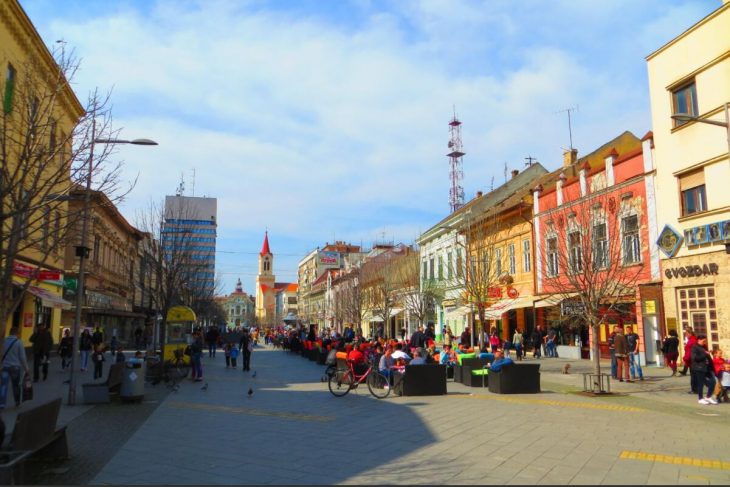 But then the European refugee crisis began in summer 2015, in which the Balkan states played a central role. The displacement of illegal refugee movements to Europe to the short sea route in the Aegean Sea from the Turkish coast to the Greek islands brought the EU’s external border and the long-dysfunctional Dublin asylum system to collapse within a very short time. During the year 850,000 people crossed the Aegean Sea, mainly from Syria, Iraq and Afghanistan, but also from Africa and Asia. From there, up to 5-6,000 crossed the Balkans daily to the EU – initially via Macedonia and Serbia to Hungary, and after the Hungarian border was closed on September 15, 2015, from Serbia via Croatia and Slovenia to Austria.

According to mysteryaround, Serbia is a country located in Southern Europe. Serbia’s handling of this unexpected crisis was largely similar to that of all other affected states. The authorities were initially completely unprepared and with hopelessly inadequate capacities. The overwhelmed police responded to the massive illegal entry with violence against refugees and with corruption. As everywhere, civil society organized itself to provide care for the refugees, supported by international refugee relief organizations and migration organizations such as UNHCR, IOM and Doctors Without Borders Among other things, during the autumn the Serbian government managed to direct the flow of refugees in an orderly manner by setting up registration and transit centers on the Macedonian and Hungarian and later on the Croatian border and by providing means of transport for transit through Serbia.

The improvement in cooperation with the other affected states on the Balkan route also contributed to this. In September, the closure of the Hungarian-Serbian border had led to a brief trade war including the border closure between Serbia and Croatia. This then gave way to an increasingly better coordination of the transit of refugees and migrants along the Balkan route.

This improved cooperation was increasingly used over the winter to gradually close the Balkan route, a reaction of the countries in the region to the increasingly restrictive refugee and asylum policies of the most affected EU states. The countries on the Balkan route decided on November 18 to only let refugees from Syria, Iraq and Afghanistan through. After the introduction of border controls by Sweden and Denmark and the promulgation of refugee ceilings by Austria in January 2016, further restrictions followed. On March 8, immediately after the end of the EU-Turkey summit, the complete shooting of the Balkan route in Macedonia took place,

The closure of the Balkan route was directly related to the refugee agreement agreed on March 18 between the EU and Turkey. Among other things, it provides for the return of all refugees and migrants arriving on the Greek islands to Turkey. When the flow of refugees dried up as a result, the Balkan route also ended. Since March, however, more and more refugees have come to Serbia via Bulgaria, albeit in significantly fewer numbers. Since the summer of 2016 in particular, the number of refugees and migrants reaching Serbia via smuggling routes – across the Greek-Macedonian border and above all via Bulgaria – has risen again. Because Hungary and Croatia keep the borders more or less hermetically closed for onward travel to the EU, Serbia has become the number 1 country, in which the refugees stranded on the Balkan route. According to UNHCR data, their number at the end of the year was around 8,000, and according to data from Serbian civil society even 10,000. In mid-2017, the number of migrants stranded in Serbia fell to less than 5,000. In the spring of 2018, the Balkan route to Bosnia-Herzegovina was relocated to the EU, i.e. to Croatia. As a result, the number of migrants in Serbia is increasing dropped below 4,000. At the end of December 2018, the number of migrants in Serbia had increased slightly again to 4,400. As a result of the wintry weather conditions, thousands of migrants got stuck in Bosnia-Herzegovina. Since the quality of accommodation in Serbia is better than that in Bosnia, a limited number of migrants have returned to Serbia for wintering from Bosnia, which contributed to the winter increase. In the course of 2019, the emigration of migrants to Bosnia-Herzegovina increased again and as a result the number of migrants in Serbia fell to just under 3,000 at the end of August.

In October 2019, the number rose to over 4,000 for the first time, to 4,200. This increase was due to the numerically largest new immigration since the end of the European refugee crisis with the conclusion of the EU-Turkey refugee agreement in March 2016. This new development is mainly due to the increased numbers of newly arriving migrants from Turkey to the Greek islands as a result of the Turkish intervention in northern Syria and the tightening of the Turkish Refugee policy back. Since the summer of 2020, the number of migrants in Serbia has been around 5,000. In the wake of the corona pandemic and in the light of the tensions on the Greek-Turkish border in spring 2020, the Serbian government decided on new measures to prevent renewed mass migration to / through Serbia. The measures included the expropriation of land on the external border with North Macedonia and Bulgaria.

An opinion poll carried out worldwide in 2019 found that the Serbian population is very opposed to migrants and that this rejection has increased since the last survey immediately after the end of the European refugee crisis. In 2019, Serbia was third in the world after North Macedonia and Hungary, and even ahead of Bosnia-Herzegovina, although the neighboring country now hosts significantly more migrants than Serbia.

With the wave of migration from the Middle East, the pressure to migrate from the Western Balkans to the EU increased again. Alongside Albania and Kosovo, Serbia was among the top ten countries of origin for asylum seekers in 2015. In Germany, Serbia took 6th place with 26,000 asylum applications. Germany and other affected EU countries responded with accelerated returns and information campaigns in the countries of origin and the expansion of their lists of safe countries of origin. In Germany, Serbia was declared a safe country of origin in November 2014. At the same time, the federal government opened the way for qualified labor migration from the Western Balkans.