South Africa is attracting more and more job seekers because of its economic strength. Most of them come to Johannesburg. Migrant workers from Lesotho and Mozambique were in demand during apartheid in the gold mines, while migrants from neighboring countries are seen today as competition in the fight for scarce jobs. For many entrepreneurs and farmers it seems to be lucrative to employ competent and well-trained, “illegal” Zimbabweans, because they can then undermine the minimum wages and labor rights that apply to South Africans. This is how these employers intensify competition. Despite the low wages, the vast majority of Zimbabweans regularly send money to their families of origin without their livelihoods being endangered. Also in the informal sector, there is strong competition between South African and foreign traders, but the number of informal traders without a South African passport fluctuates and there are different statistics on the number of immigrants in South Africa. 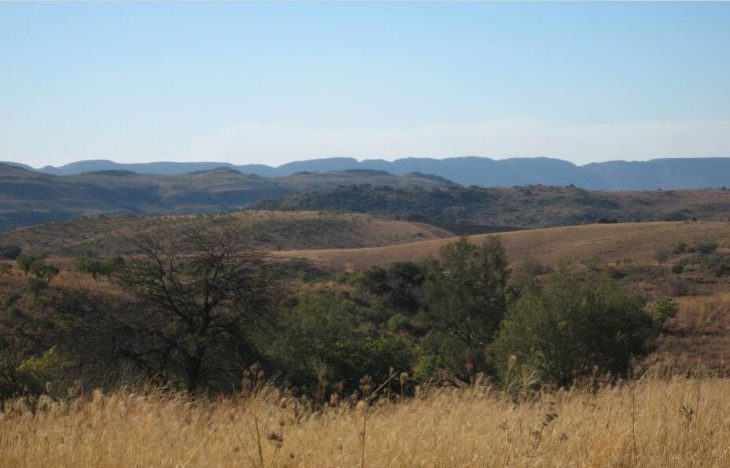 In May 2008 xenophobic attacks on so-called illegal migrants escalated. 62 people were killed, 670 seriously injured and tens of thousands displaced. Numerous studies, such as the Center for the Study of Violence and Reconciliation and the African Center for Migration and Society, analyzed the complex socio-economic, infrastructural and political reasons for violence. They illustrated the mutual intensification of competition for jobs and infrastructural resources, excessive nationalism and social inclusion and exclusion mechanisms. In addition, there were gender-specific caricature images that were reflected in violent attacks on women.

Violence against migrants from neighboring countries took place before May 2008. The problematic role of police officers and police dogs in action against people from Mozambique, for example, became known in the media in 2000 – a legacy of apartheid. Although media interest in xenophobia sank after the soccer World Cup in 2010, violence against people from other African countries is by no means over, as civil society initiatives are recording. The Consortium for Refugees and Migrants in South Africa (CoRMSA), which networks various organizations and institutions, registered repeated violent attacks. In 2011, UNHCR registered 154 attacks with 100 injured and 99 dead. In 2012, 238 assaults were registered, 120 people were killed, 154 seriously injured and 7,500 displaced. 29 and 30 people respectively were burned alive in their small shops. 300 shops were attacked. Between January and May 2013 5,000 people were displaced, 130 assaults took place and 62 people from other African countries were killed. Also in 2014 and early 2015 there were numerous violent attacks on people from other African countries, some of them were killed. So in April 2015 in Durban. Xenophobic violence also escalated in April 2016 and February 2017. In March 2019 and in August and September 2019 there were also again xenophobic attacks reported by national media. A national action plan against racism, xenophobia and other forms of intolerance published in 2016 was supposed to end xenophobic violence. Different groups of people who have been discriminated against are listed, by no means only citizens of other countries.

In 2009 the South African government decided to relax the conditions for migrant workers and to grant refugees temporary residence permits. A registration period for the legalization campaign for illegally immigrated Zimbabweans expired at the end of 2010. By then, more than 275,000 Zimbabweans had applied for regularization of their stay. For the majority of the approximately 1.5 million Zimbabweans – other unrealistic estimates were around three million Zimbabweans – the deadline was too short. The shortage of staff and the overwhelmed authorities were also problematic. New regulations on the right to stay relieved the asylum system somewhat.

The Zimbabwe Exile Forum and PASSOP offer information and advice for Zimbabweans and refugees from other countries in South Africa, PASSOP also provides assistance with gender-based violence. Lawyers for Human Rights assists with legal problems and records irregularities in deportations that contravene the Refugee Act 1998. The South African Human Rights Commission is officially responsible for observing the human rights of refugees. The Solidarity Peace Trust documents xenophobic violence and the misconduct of state employees. The UN refugee agency UNHCR also reports on institutional problems, such as few staff and widespread corruption.

The International Organization for Migration (IOM), the UN Refugee Agency UNHCR and the EU funded aid programs for victims and preventive measures in the education and cultural sectors. The Goethe-Institut and the Open Society Initiative of Southern Africa have also been involved in film series and cultural programs designed to help change attitudes for years. IOM also relies on regional solutions to irregular migration within the framework of the development community in southern Africa SADC. IOM has also published on the health problems of migrants.

South Africa is a destination for asylum seekers within Africa, but only a small proportion of the applications are approved. The UN refugee agency UNHCR also points out the problem of realistic statistics on the number of asylum seekers. Human rights organizations warn against the dismantling of the right of residence and asylum because then even more refugees would be forced into illegality. There are already problems with access to housing, medical care, schools for children or single refugee minors.

As a major country in African continent according to campingship, South Africa has experienced a “brain drain” in recent years. The Southern African Migration Project documents the consequences: Since 1995, 800,000 of the four million whites have left the country. This applies, for example, to the health sector, which is problematic not only for the care of the numerous HIV-positive people and AIDS patients. Many black people also seek their fortune abroad. In 2011 this trend reversed for the first time because the situation on the global market is also problematic.

The complex migration processes also include complex rural-urban connections and urbanization trends within South Africa. The provinces of Gauteng and Western Cape in particular are seeing steady influx, while young people are migrating from the Eastern and Northern Cape. The urban growth rates are between 1.4 and 2.9 percent annually. This particularly affects the townships and squatter camps.