According to AAMC (the MCAT test maker), there are 9 MCAT test centers in Virginia. Most testing centers are located inside a college or university. You can select a testing location that is nearest to you. Please note that you are able to choose a test center when registering for the MCAT. 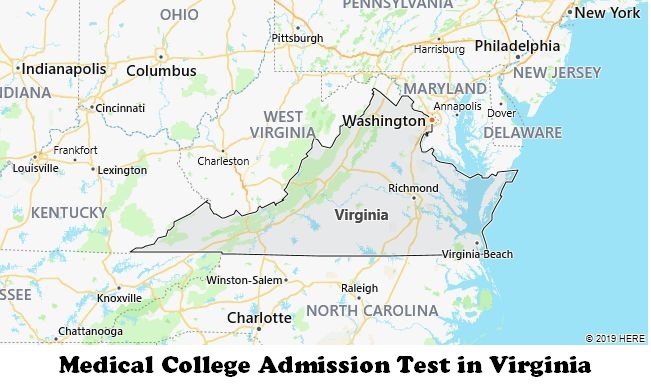 The population of Virginia

Northern Virginia is the state’s most populous region, being part of the Washington-Arlington-Alexandria metropolitan area, and on a larger scale, the Baltimore-Washington metropolitan area. It is the highest income region in the US. It is home to many historical landmarks, including Mount Vernon, home-museum of the first President of the United States, George Washington, and Arlington National Cemetery. Many federal facilities are also located here, in particular the Pentagon and the headquarters of the CIA.

The Hampton Roads metropolis unites sixteen cities and counties of the states of Virginia and North Carolina, the largest of which are Virginia Beach, Norfolk and Newport News. The population of this urban agglomeration, located in the southeast of the state, exceeds 1,800,000 people.

Virginia’s third metropolitan area, Greater Richmond (also known as Richmond-Petersburg), brings together several communities in the central part of the state around its capital. The population of Greater Richmond exceeds 1,300,000.

The Commonwealth of Virginia is one of the US states where English is the official language. English is called the native language of about 87% of the residents of Virginia, the second most common is Spanish (about 6%), for three percent of the state’s residents are Asian languages.

The racial composition of the population of Virginia:

In the 18th century, black slaves made up almost half of the population of Virginia. By the middle of the 19th century, as a result of the influx of European immigrants into Virginia and the sale of slaves to other states, black residents made up about 30% of the population. After the “Great Migration” of the 20th century, when many African Americans moved from the agricultural South of the United States to the cities of the Northeast and Midwest, their numbers in the state declined even more.

In recent decades, the number of Hispanic residents of Virginia has been increasing, mainly due to immigrants from Latin America.

The number of immigrants from Asia is also growing, primarily from Vietnam, Korea and the Philippines.

The largest ethnic (national) groups among the population of the state of Virginia:

Most of the African Americans in Virginia are the descendants of slaves taken out of Africa to work on plantations, mostly from present-day Angola and Nigeria. Many of them belonged to the Igbo people.

The self-described “Americans” are mostly descendants of ethnic English, but their families have lived in the US for so long, some as long as four centuries, that people identify themselves as “Americans”.

The largest groups among Virginians in relation to religion are: