The Maryland pharmacy schools were built for those who own a bachelor degree and want to pursue a four-year advanced degree of Doctor of Pharmacy (or PharmD) in Maryland. Please note that PCAT which stands for Pharmacy College Admissions Test is required for applicants for admissions to pharmacy schools, while Doctor of Pharmacy is a must for those who want to consider working as a pharmacist in Maryland.

This page lists all Maryland pharmacy colleges that are accredited by the ACPE – Accreditation Council for Pharmacy Education. Included are complete contact information and website addresses of all Pharmacy schools, colleges, and universities within the state of Maryland. 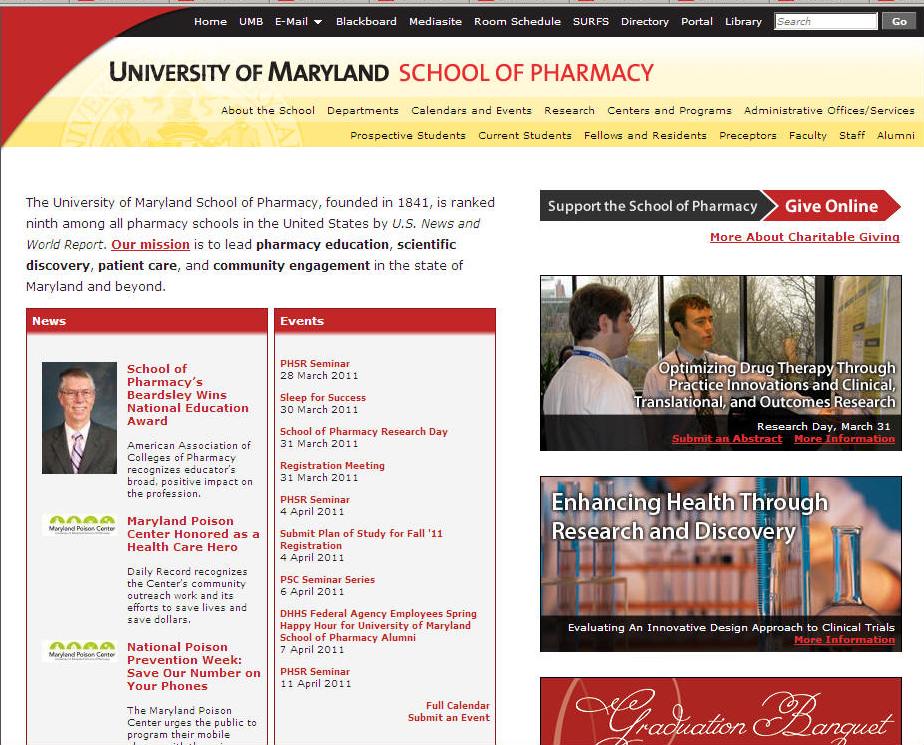 According to itypetravel, Maryland is a small state in the eastern United States, one of the so-called Mid-Atlantic states and one of the 13 states that made the American Revolution. Population – 5.296 million people (19th place among the states; 2000 data). The capital is Annapolis (Maryland), the largest city is Baltimore.

The area of ​​Maryland is 32.16 thousand km 2 (42nd place among the states), of which about 21% is water. The state is located on the shores of the Chesapeake Bay. Its territory is divided into the East Bank (on the Delmarva Peninsula) and the West Bank. To the north, Maryland borders Pennsylvania along the Mason-Dixon line; in the northeast – with Delaware, in the south and west – with Virginia and West Virginia (the border runs along the Potomac, as well as with the metropolitan District of Columbia. In the east, the territory is washed by the waters of the Atlantic Ocean.

The eastern regions of Maryland make up the Coastal Lowland, in the west is the so-called “Line of Falls”. The climate is temperate and humid.

In 1524, Giovanni da Verrazano visited the east coast of North America at the head of a French expedition. In 1526, the Spaniards arrived in the Chesapeake Bay.

Captain John Smith of Virginia was the first to explore the area in 1608. In 1631, William Clairborne founded the first trading settlement here.

In 1632, Charles I granted George Calvert, Irish Baron Baltimore, a patent to settle the land between the 40th parallel and the south bank of the Potomac, the future Province of Maryland. In the same year, the baron died, and the land went to his son, Kelicius Calvert. On March 25, 1634, the English colonists founded the settlement of St. Mary here.

In 1649, the colony’s legislature passed America’s first religious freedom act, the Maryland Toleration Act. From 1692 to 1715 Maryland was ruled by royal governors. In 1694, the provincial capital was moved to Providence, which in 1708 was renamed Annapolis in honor of Queen Anne Stewart.

In 1715 the province was again taken over by the Calverts. To settle the territorial dispute between Maryland and Pennsylvania, the ruler of the colonies, Calvert and Penn, appointed two officials, Charles Mason and Jeremiah Dixon, who drew the line between the colonies. Since then, the Mason-Dixon line has been considered the de facto border between the southern and northern states of the United States.

In 1765 the citizens of Maryland opposed the Stamp Act. On July 3, 1776, Maryland announced that it was no longer subject to the king, and four months later became the first of the colonies to adopt its own constitution as a state. Although there was no fighting in the state, fighters from Maryland actively participated in the War of Independence.

April 28, 1788 Maryland became the seventh US state. In 1791, the state gave land to the federal government to create the metropolitan District of Columbia and the city of Washington.

During the war of 1812-1814, the British tried to capture Baltimore and bombarded Fort McHenry, which was defending the city. It was then that Francis Scott Kay wrote the poem “Star Banner”, which became the words of the US national anthem.

During the Civil War, Marylanders were divided. After Virginia seceded from the Union, President Lincoln instituted military rule in Maryland to prevent the separation of the state located near the city of Washington. Bloody battles took place in the state (in South Mountain, Antietam and Monocasey).

According to the Bureau of Economic Analysis, Maryland’s GDP in 2005 was $246 billion (15th among states). To a large extent, the modern economy of Maryland depends on the service sector, transport, construction and information technology (proximity to the capital of the state and the presence of large seaports affect. In addition, many federal organizations are stationed in Maryland, in particular NASA, the National Security Agency, the Commission on Security consumer products, the Food and Drug Administration (FDA), etc.

The state has significant coal reserves, but its production has fallen significantly since the beginning of the 20th century. There are enterprises for the extraction of stone and sand. Agriculture is developed, in particular tobacco growing.