The Maine pharmacy schools were built for those who own a bachelor degree and want to pursue a four-year advanced degree of Doctor of Pharmacy (or PharmD) in Maine. Please note that PCAT which stands for Pharmacy College Admissions Test is required for applicants for admissions to pharmacy schools, while Doctor of Pharmacy is a must for those who want to consider working as a pharmacist in Maine.

This page lists all Maine pharmacy colleges that are accredited by the ACPE – Accreditation Council for Pharmacy Education. Included are complete contact information and website addresses of all Pharmacy schools, colleges, and universities within the state of Maine. 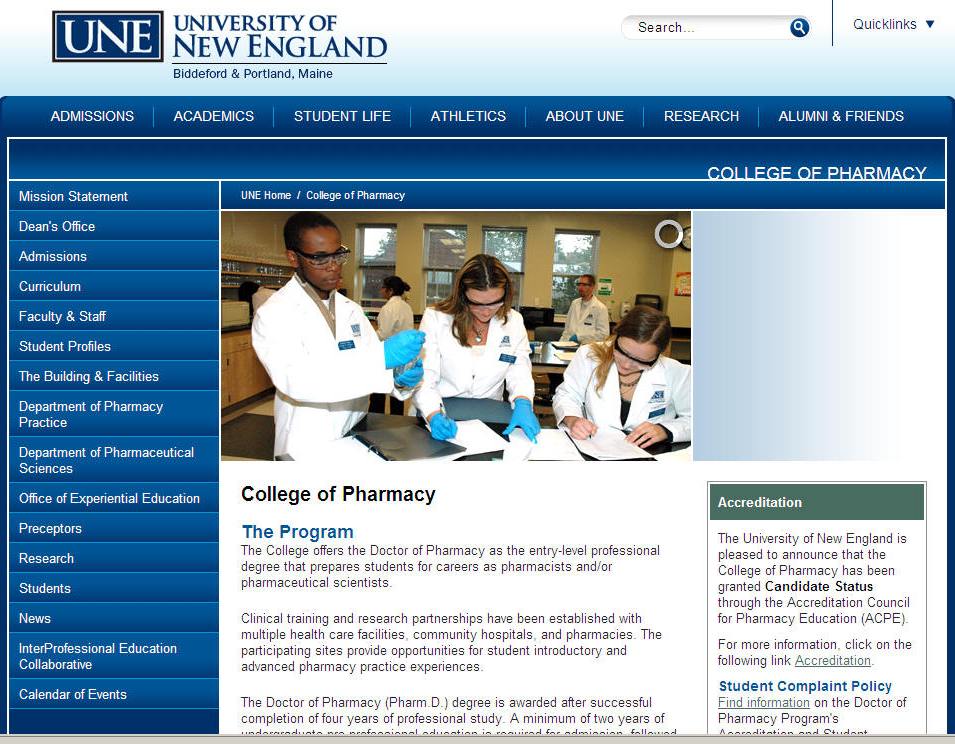 Maine is a state in the northeastern United States. The population is 1.27 million people (40th place among US states; 2000 data). The capital is Augusta and the largest city is Portland.

The official nickname is The Pine State.

Settlement of Maine territory by Europeans began in 1607 under the control of the Plymouth Company. The land patent of 1622 regulated the creation of the Province of Maine. The name presumably comes from the name of the French province of Maine.