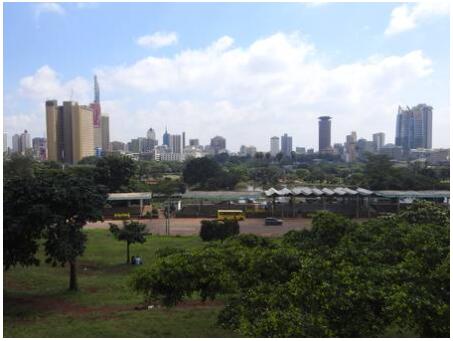 Living in the green city in the sun

Green City in the Sun – the title of a family saga by Barbara Wood became the slogan of the metropolis of Nairobi. Depending on the residential area and social status, the more than three million residents today can enjoy the advantages of the capital, sometimes more or less. There is still a lot of green, especially in the peripheral areas such as Loresho or Karen. The Nairobi National Park still exists, even though it is under pressure from settlements and traffic route plans. 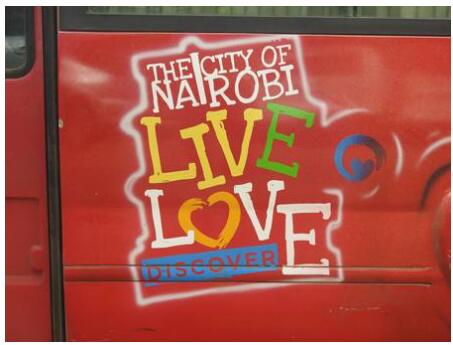 Nairobi advertisement on a local bus

Because of the corona shock there was a dent, but viewed as a trend, real estate and rental prices have exploded in the past ten years, so that moving into a detached house in a park-like garden is only an option for many newcomers if the employer Subsidized rent. But even rental apartments in apartment buildings, which are often spacious and practical in the middle of guarded properties, are no longer cheap. Even high earners move to the suburbs because they want to reduce the rent as a percentage of the cost of living to a bearable level – after all, there are also school and other costs. Districts like Muthaiga or – for Germans – Runda are particularly attractive for “expats” because they are close to the German school.

Anyone who does not want to spend their free time (or that of their family members) in traffic jams is well advised to take a look at the way to work or school before renting a domicile and to find out about possible traffic jams and travel times before going out. The Internet provider AccessKenya has installed a system with traffic cameras, which, however, can only be viewed irregularly. Cycle commuters are rarely seen, whereas a racing bike and mountain bike scene has now established itself.

The climate of Nairobi – tropical mountain climate – is considered by many to be perfect, never too hot and rarely too cold, because the city is more than 1,600 meters above sea level, which also means that malaria mosquitoes can hardly survive there. But the traffic situation and security risks are important criteria when choosing an apartment, as well as the question of whether there is water and electricity, whether the garbage is burned next door at night or a pack of watchdogs rob the neighbors of sleep. For newcomers there are Facebook groups and advice portals such as the blog Expat Arrivals, which is also available for Mombasa. 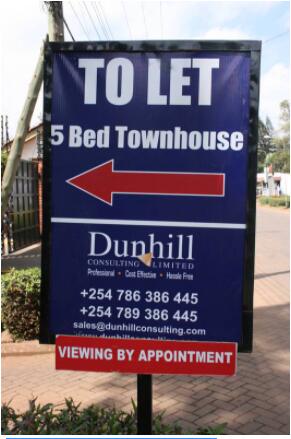 New buildings, whether for offices or apartments, are springing up – the urban infrastructure hardly keeps pace 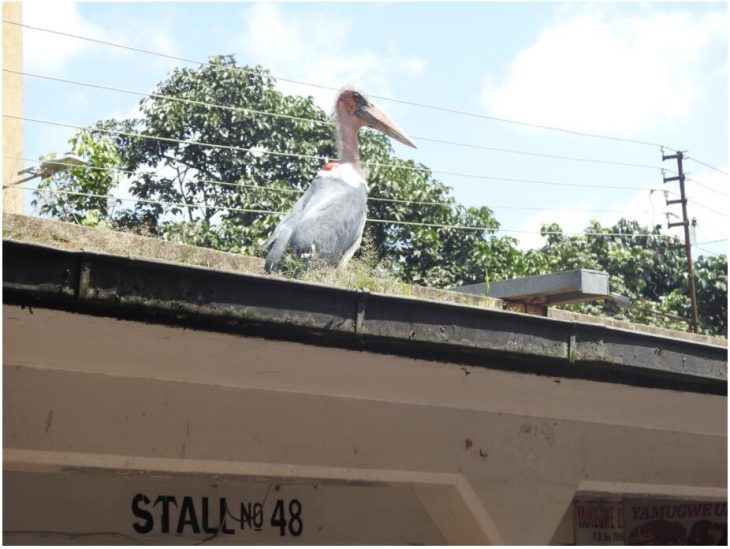 Cheat the vultures and take care of your health

The greatest risk to the health of travelers and expats – as elsewhere in Africa – is traffic. A foreign health insurance with a return option is advisable. In addition, there are infectious diseases that cannot be found in Europe, especially malaria, typhus, dysentery, hepatitis, but yellow fever also occurs in some areas. Depending on your personal assessment, none of this is a reason not to travel to or live in Kenya, but a certain precaution cannot hurt.

You can find information on preventive health care from a tropical medicine specialist you can trust, as well as:

Numerous vaccinations are recommended, including some types of hepatitis, as well as money fever, typhoid, and tuberculosis. The question of malaria prophylaxis is controversial and should be discussed with a tropical doctor. Nairobi is above 1,600 meters and has so far been free of malaria, but there is a possibility of infection in almost all lower elevations. There are also the first reports that there were also infections in the capital.

The Flying Doctors offer a rescue service for trips in the country and the region; it is possible to register there. The AAR insurance covers air ambulance from the East African Community. Since there is hardly any first aid, air rescue is often the only option for quick first aid. The risk of fatal traffic accidents in Kenya is many times higher than in Germany.

In Nairobi there are hospitals with international standards: 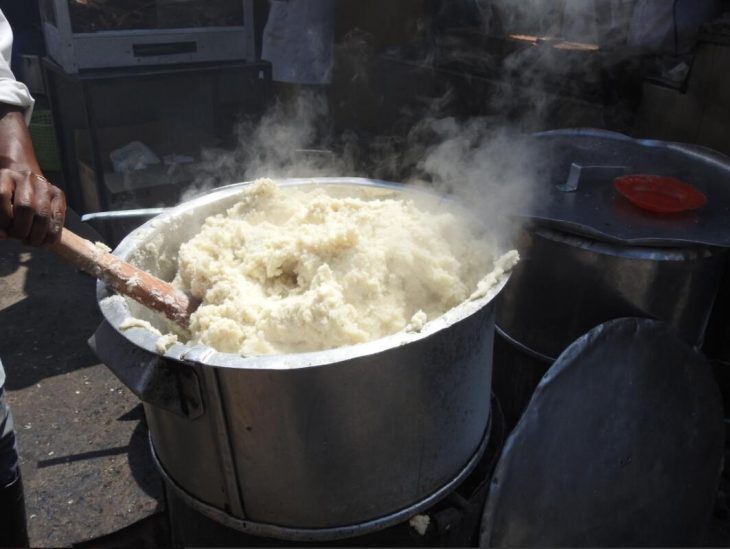 The Kenyan cuisine is more varied than its reputation, even if most Kenyans eat the national dish and most important staple food ugali every day, a solid corn porridge, comparable to the northern Italian polenta. If you can afford it, you can also eat Nyama Choma (grilled beef or goat). It is customary Sukuma wiki, similar to kale vegetables with high vitamin content. Vegetable dishes based on mashed potatoes or corn (irio, githeri) are also very popular in central Kenya, a major country in African continent according to proexchangerates. There are also plantains and sweet potatoes. The famous Mandazi lard pastry is available everywhere. 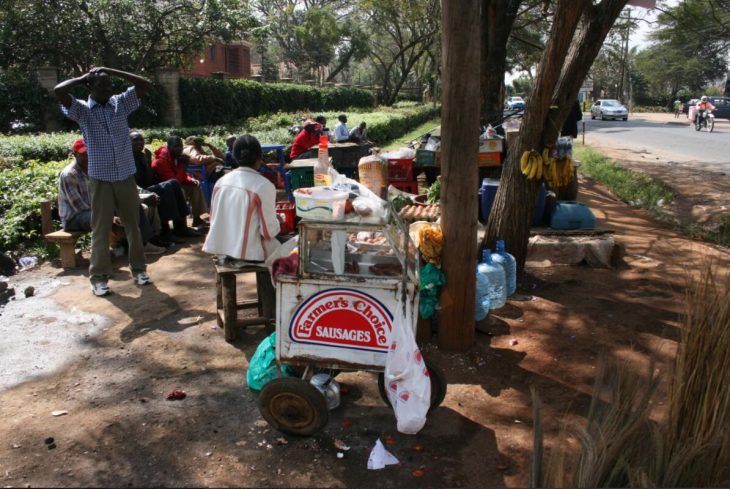 In the Swahili cuisine on the coast, spices are loved and exotic. The centuries-old connection to the Orient can be felt here. Inland today, the use of spices is sometimes limited to salt, chili powder and (in restaurants) ketchup. Only in remote areas do old women still know the traditional aromatic herbs.

The cuisine is diversified by the influence of Indian immigrants. Chapati (flat bread) and samosas (dumplings filled with meat or vegetables) can also be had in the ‘hoteli’ in the country. In the country you can see the goat that was selected for the lunch menu graze in front of the hotel snack. In the case of frozen food, it should be checked how many power outages are common and whether there are generators.

In general, weak stomachs should be careful when consuming lettuce and raw vegetables if it is unclear whether and how they were washed. What is called drinking water in the official statistics should also be boiled and / or filtered for hygienic reasons before consumption. In the household, many use 20-liter containers of mineral water, which saves time and energy for boiling.

The national drink is tea (chai), typically half boiled with milk and heavily sweetened. With Java Coffee and Dormans, a distinctive coffee culture has established itself over the past ten years.

In addition to the more conventional foods, traditional “snacks” such as flying ants or – especially popular with pregnant women – chunks of loamy, iron-rich earth are also asserting themselves. Very old people in the countryside who have survived many droughts say they could have secured their food in critical times by knowing, for example, what type of locusts are edible.