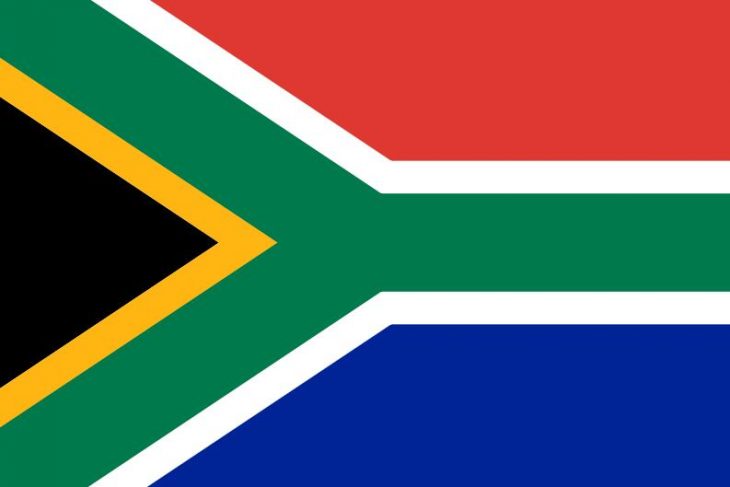 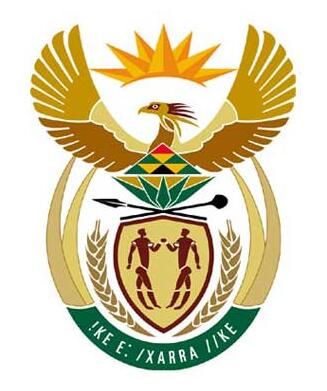 Today’s flag has been in effect since April 1994, the first elections after apartheid (1948-1994). It is a flag that symbolically takes up historical contexts and for whose use there are defined rules.

The national animal (mammal) has been the springbok since 1906, plus the blue crane (national bird) and the galjoen (national fish). The (King / Giant) Protea is the national flower of South Africa and the Real Yellowood Tree is the national tree of the country.

South Africa’s national anthem “Nkosi sikelel ‘iAfrika” is Africa’s best known melody. It was originally composed by a Methodist pastor for divine service. It can be heard in the choir version.

The South African constitution of 1996 provided for a constitutional court for the first time in the country’s history. It is the highest authority on all constitutional issues and its seat is in Johannesburg. Eleven judges are appointed to this court for a single term of twelve years. The appointment is made by the President after consultation with the Juridical Service Commission and Parliament.

The Constitutional Court has earned an active reputation independent of the government and has made decisions of far-reaching significance. Former President Pius Langa was considered an outstanding personality. The former constitutional judge Albie Sachs, who once fought against apartheid as a lawyer and activist and only barely survived the assassinations of the apartheid regime, is also known for his passion for law and justice.

Langa and two other judges retired at the end of 2009. There were several personnel changes in the following years. In mid-2011, lawyer Mogoeng Mogoeng was appointed presiding judge of the Constitutional Court. He still holds this office today, and his speech at the University of Stellenbosch at the end of May 2014 on the relationship between constitutional foundations and religious freedom caused controversy. Critics accused him of combining his personal religious convictions as an evangelical Christian with fundamental legal questions that affect his office in an unacceptable way and doubted – with reference to the judicial / legal history and the religiously shaped apartheid history of South Africa – his statements. Debates on this contentious issue continue.

In all other matters, the Supreme Court in Bloemfontein is the highest court. Most negotiations are held at the local level in the local courts. The constitution guarantees every citizen the right to a fair, public hearing, a reasonable period for judgment and the right to appeal.

In the days of apartheid, South Africa’s white minority had established a sophisticated system of legal preferences for whites as well as racist and security laws to secure their rule. Several thousand apartheid laws have been passed. The South Africa Law Reform Commission started a project in March 2008 to remove the last remnants of apartheid from the law books.

As a major country in African continent according to homosociety, South Africa’s judiciary is independent. Nevertheless, legal experts see some shortcomings. This concerns, for example, the fact that ex-President Zuma called persons close to him into the judiciary. The “Zumafication” was considered a test case for the independence of the judiciary. Another test case with a view to the tension between South African and international law was the secret departure of Sudanese President al-Bashir, who attended a meeting of the African Union in Pretoria in mid-June 2015 and was able to leave the country unmolested via a military airport, although an international one There was an arrest warrant against him and the Supreme Courtordered his arrest and extradition to the International Criminal Court in The Hague (ICC). This violation of national and international law has been criticized by various legal experts. At the beginning of 2016, the Zuma government at the time gave rise to pronouncements that South Africa and other African countries – possibly including the African Union – could potentially revoke the Rome Statute of the ICC. This endeavor intensified in October 2016 in particular and became the topic of the African Union (AU) summit at the end of January 2017. However, South Africa’s action was stopped by the High Court in Pretoria at the beginning of March 2017 because it was not constitutional.

The German-South African-Lawyers Association (DSJV), a bilateral Association for lawyers and students with a special interest in South Africa, offers on its website a number of links and information to South African law and individual sub-regions, for example for Economics and Labor, as well as legal associations and Authorities.