The so-called Madaraka Express, the new railway line between Mombasa and Nairobi, has been in operation since 2017, a billion-dollar project that is only exceeded by the joint infrastructure plans of Uganda, South Sudan, Ethiopia and Kenya. These ambitious plans include a rail link from Juba to Lamu, a new oil pipeline, refineries, the construction of a new port in Lamu and several regional airports. The costs could not be quantified so far, the talk was last of more than 26 billion euros. But despite the launch of the gigantic infrastructure project named LAPSSET (Lamu Port South Sudan Ethiopia Transport Corridor) by the then head of state Salva Kiir (South Sudan), Meles Zenawi (Ethiopia) and Mwai Kibaki (Kenya) are still in the stars for financing, routing and construction. The project is to be part of a pan-African connection from Douala / Cameroon to Mombasa and envisages the foundation of new cities, new highways, railways, pipelines, airports and the oil port of Lamu, which is already under construction. Unfortunately, Uganda is not politically sufficiently integrated into the project of the century. In addition, during the chaos of the civil war, South Sudan’s head of state Kiir has long had problems other than road and railroad construction. Nevertheless, in October 2019, a small section of another billion-euro railway construction project was inaugurated: the 100-kilometer Nairobi – Naivasha lineon a new track that was originally supposed to extend as far as Uganda as part of the Chinese “One Belt, One Road” initiative. Unfortunately, funds of more than 4 billion euros are still missing to complete the project up to the western border. 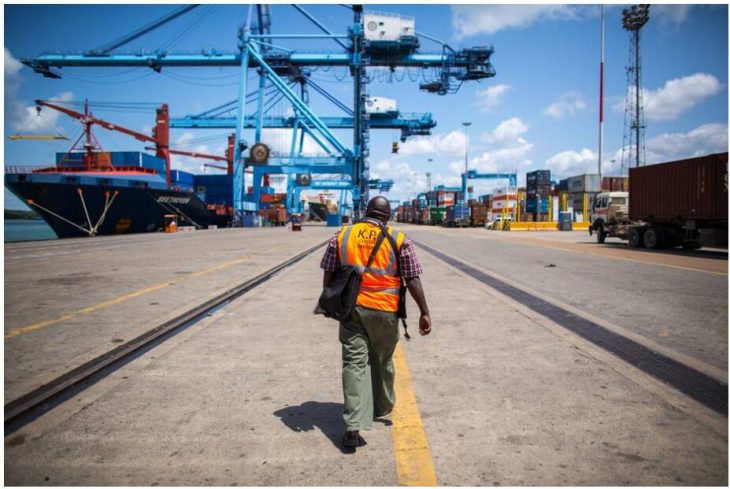 Further infrastructure projects are supposed to save Nairobi itself from the traffic gridlock. The number of new vehicles registered each year has almost doubled since 2008 to more than 200,000. However, road safety and road surfaces are not keeping pace with traffic volumes, so Kenya, like Africa as a whole, suffers from devastating road deaths. In the morning rush hour, pedestrians have the edge in the congested city. In addition to local trains and satellite cities south of Nairobi, a completely new city, Konza City, is now being planned to ease the burden, also known as Silicon Savannah, the region’s digital hub. It is not foreseeable whether this project will prosper better than LAPSSET. Both environmentalists and development experts are very concerned about the recent agreements with China, which provide for entry into nuclear power for energy generation.

For a long time Kenya Airways was a beacon in the East African transport system, but also in a comparison of the so-called Parastatals in Kenya (state-owned companies or companies with state participation). The airline, today in association with KLM and Air France, specializes primarily in connecting West Africa to Asia as well as intra-African air traffic. It is the fifth largest airline on the continent. The fleet includes 34 aircraft, mostly Boeing, which recently carried 3.6 million passengers. The airline has made Nairobi a hub for regional and transcontinental air traffic and realized in good time that high growth rates can be generated in African air traffic. Almost all major carriers fly the Jomo Kenyatta International Airport Nairobi. With Wilson Airport, which is designed for smaller aircraft, the city also has a second hub. In addition to the capital, Mombasa and Eldoret also have international airports. The airport of Kisumu has just been extensively expanded, numerous regional airports and airstrips complement the increasingly dense network of national air transport; Wilson Airport in Nairobi-Langata is an alternative to JKIA, depending on where you live, e.g. for trips to the south coast to Ukunda. However, high kerosene and personnel costs are also affecting Kenya’s KQ, the “Pride of Africa”. In addition, the airline may have taken over by buying too many Dreamliners.

Most of the traffic in Kenya also goes on paths, roads, slopes and roads. And on foot. But more and more people can afford a car, and freight traffic in the whole of East and Central Africa is heavily based on trucks. The road network is very dense by African standards, but large parts of it are in poor condition. It is advisable to travel in daylight and to research the road conditions at the automobile club and at the embassies or UN safety aspects beforehand. In the meantime, foreign corporations have also entered Kenya with navigation devices for East Africa.

Data traffic is playing a growing role. Various submarine broadband cables are connected, and Kenya is currently experiencing a kind of IT revolution, socially and economically, now that the expensive satellite transmission costs have been eliminated – at least where the connection to the global information highway already exists. The broadband commission of the International Telecommunication Union (ITU) already assumed for 2011 that 28 percent of Kenyans use the Internet, although only a fraction has computers and network connections. Statisticians now assume that more than four fifths of Kenyans use the Internet. Modern, affordable smartphones could soon ensure that almost the entire country can be on the Internet, with the speed and data volume being adapted to the different purchasing power of the users. 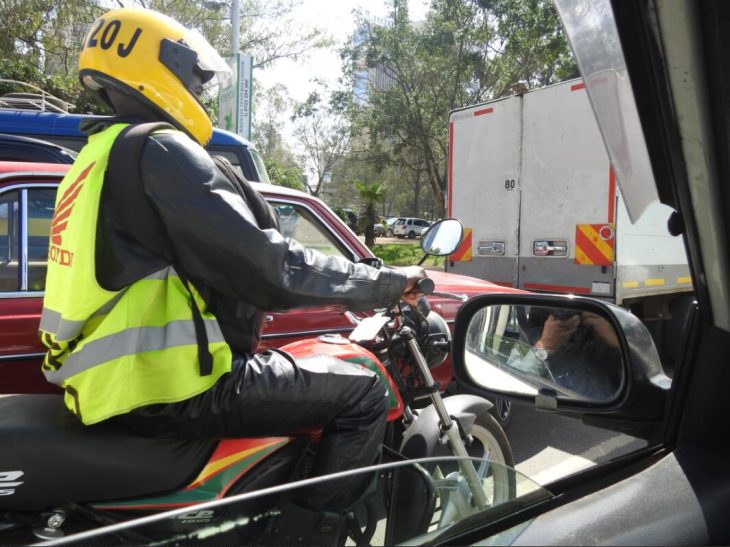