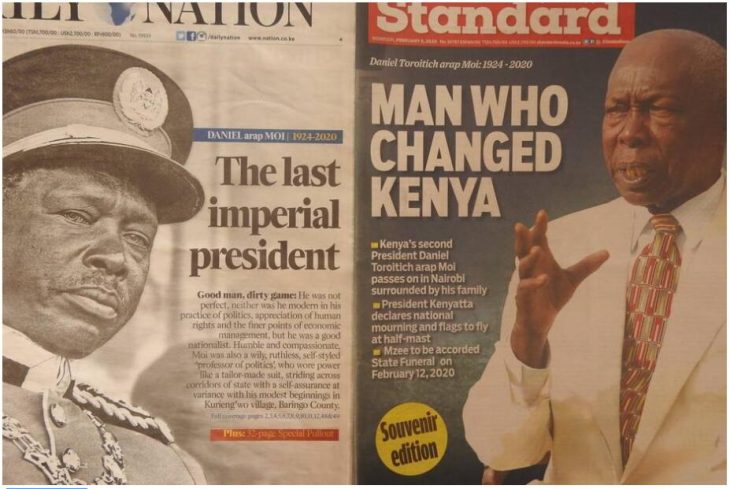 The state was Moi 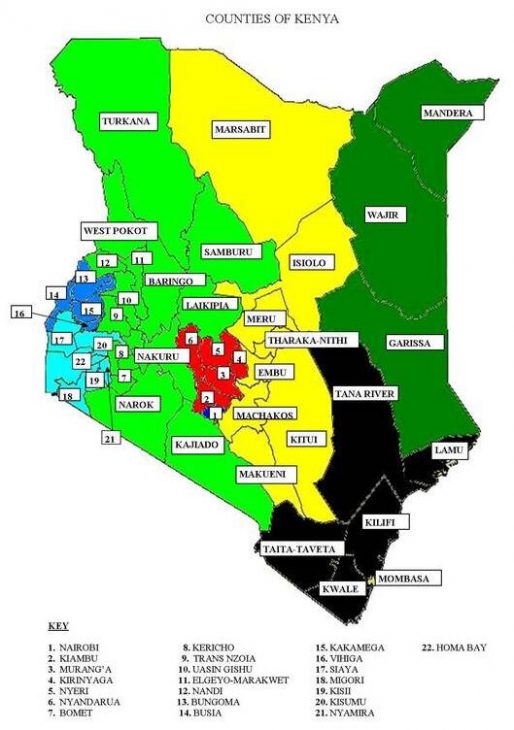 Since the end of British colonial rule in 1963, Kenya has been a republic with far-reaching powers of government and power for the president, directly elected by the people, who is also the commander in chief of the armed forces.

The political system has been in upheaval since 2008; among other things, the office of prime minister was temporarily introduced, but without the constitution providing information about his powers. Since the introduction of the new constitution at the end of August 2010, the change in state structures has accelerated, which can essentially be described as strengthening the parliament (and thus limiting the presidential power) and decentralization. The shortcomings of the “old” political system before the constitutional amendment are listed by the US Council on Foreign Relations.

The parliamentary elections take place simultaneously with the presidential elections. However, since the formation of the Grand Coalition in 2008, parliament’s claim to democratic government control had been called into question by the fact that almost half of the then 224 MPs belonged to the cabinet. Even before that, parliament and a potential opposition could mostly be thwarted by the respective presidents, either through a strictly controlled one-party system and / and through direct terror, arbitrariness and bribery. Whether the new, considerably expanded parliament with 350 seats in the lower house and 67 seats in the senate Its function of checks and balances by the legislative and executive branches will perform better than the old one, is not yet foreseeable.

On August 4, 2010, the Kenyans voted with more than a two-thirds majority of 68% for a new constitution, which came into force towards the end of the same month and has been implemented gradually since then. Because of the unrest after the 2007/08 elections, there was fear of renewed violence before the referendum. However, the referendum was peaceful and the turnout was a whopping 71%. The constitution received the greatest approval from the ethnic Somali in the Northeast Province. Only William Ruto and his Kalenjin supporters from the Rift Valley voted against it by a majority, which has not improved Ruto’s reputation in the country.

Because since then one speaks of the “new Kenya”; The new constitution is seen by many as a symbol of unity and rebirth after a chaotic time. The main changes in it are the curtailment of the power of the president, the strengthening of parliament and decentralization. A prime minister is not provided for in the new constitution either. The possibility of removing the head of state is envisaged as a clear curtailment of the presidential power. He is also dependent on the placet of parliament when forming his cabinet.

One of the most important aspects of the new constitution is the establishment of a land commission designed to prevent illegal land deals and possibly reallocate improperly appropriated or distributed property. The goal is twofold: Firstly, the elites – above all the president – should be deprived of the opportunity to distribute the coveted land as they see fit or to appropriate it themselves. And secondly, controversial land issues should be resolved in such a way that they can no longer serve as an occasion, motive or justification for so-called ethnic clashes. But creating a valid cadastre is a Herculean administrative and legal task; Without real political support and political solutions to contentious issues, the constitutional claim can hardly be implemented. Since Kenya, a country located in eastern Africa according to naturegnosis, is an agricultural state, 70% of the population live from agriculture and land, including those of non-farmers, is ultimately viewed as a social security system, it remains “the opium of the masses”. But even if the implementation of the constitutional requirement may remain imperfect, the mandate contains the admission, which is important for the future, that the redistribution after the colonial era, which has long been considered the “most successful of all land reforms”, created more problems than solved it.

Parliament has to approve the selection of ministers, the number of which has been reduced from 42 to 22, and can even remove the president in an emergency. These are crucial control functions, including the legislators’ extended budgetary law. Unlike before, cabinet members will no longer be allowed to act simultaneously as Members of Parliament (MP), but will have to resign from their mandate. At the same time it is possible to appoint non-MPs as ministers.

Other important aspects of the new constitution are the strengthening of human rights, better representation of women and judicial reform. Probably the most important aspect is that the president can no longer fill judge posts at will, but has to leave this to an elected commission. This is intended to limit nepotism, corruption and arbitrariness. The new Chief Justice, Willy Mutunga, a former dissident and human rights activist, took the modernization mandate so seriously that he was the first to do away with the wigs borrowed from British tradition.

The abortion legalized only after medical indication and the – as already in the old constitution – still approved Kadhi Courts – courts judging according to Sharia law for civil matters between Muslims – are the two points that are particularly important for the opponents of the constitution – above all the big churches were serious, but are now also enshrined in the Constitution.

The formal state structure has also changed as a result of the new constitution. Instead of eight centrally administered provinces, the country is now divided into eight regions: Coast, North Eastern, Eastern, Rift Valley, Western, Nyanza, Central and Nairobi. The last more than 100 districts became 47 administrative districts called Counties. They each send a representative to the newly created Senate, which is the second chamber of parliament. Thus, the individual counties theoretically get more power in politics and administration. The government structures will be decentralized and the population will have more opportunities to participate, whereby these possibilities are hardly used to the extent that the constitutional fathers and mothers intended. Under the catchphrase majimbo, the decentralized structure was controversial even before independence, and all presidents since then – so far there have only been four – have tried to pool as much power as possible centrally.

Economically and in terms of security and social issues, the various districts are worlds apart, as a report by the Constitution and Reform Education Consortium CRECO 2012 made clear. On the basis of the analyzes after the post-election riots in 2007/08, the report assesses the conflict risks in the individual counties. According to the International Crisis Group, this also resulted in a potential risk for the 2017 elections and presumably also for 2022.