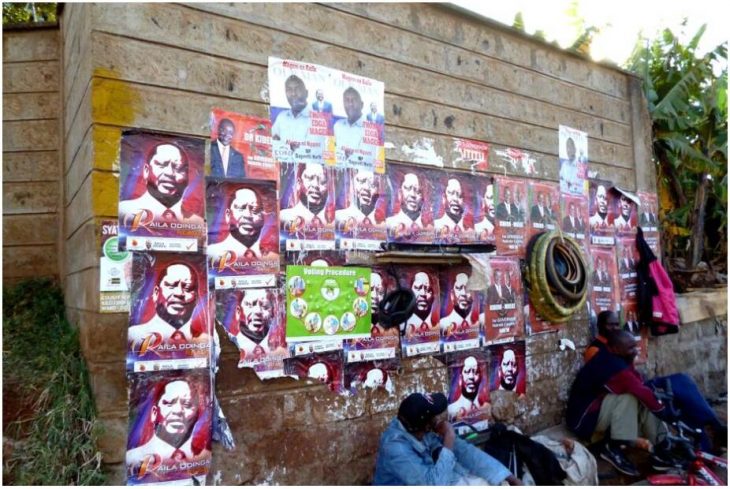 Raila on the left and Uhuru

It is the people who put their stamp on the 41 political parties currently registered by the electoral authority in Kenya and not the other way around. The fate of Kenyatta’s venerable KANU, who has been a ruling party for 39 years and has now disappeared into insignificance, suggests that these organizations are each a vehicle for maintaining power, personal alliances on a mostly ethnic basis. In general, the question arises as to whether the introduction of multi-party democracy has led to greater participation by the population.

The party law introduced in 2011 stipulates that national parties must also be represented nationally and have at least 5,000 supporters (as a result, many Kenyans found themselves in parties they had never joined). The number of permitted parties, which previously could not be distinguished from football or funeral saving clubs, also shrank from more than 200 to well below 100.

The new law is intended to put a stop to mono-ethnic politics, tribalist propaganda and ethnically defined election campaign platforms and help to break the ethnic polarization. In October 2012, however, the opposite was found: Kenya’s party system has never been as tribalistic as it is today. Because presidential applicants wanted a party as the basis for the election campaign – it didn’t matter which party – but they had not yet decided who should start the race for top post, so almost every new candidate started their own party. Many of these will soon be forgotten again, but at first the principle “One man. One party” almost applied.

Programmatic and ideological differences are fading into the background in Kenya’s party landscape, although they do exist. The name Odinga has – whether rightly or not, his father and he could never prove – more and more for a social policy approach, in the past even socialist, while Kenyatta and Kibaki as well as Moi embarked on a western-oriented, capitalist course. Corresponding tendencies are also noticeable in election campaigns. They are an attempt to expand the voter base beyond one’s own ethnic group through an appealing program. However, regardless of the program, there is hardly an election to be won in Kenya without multiethnic personal alliances and coalitions. That doesn’t change the much touted middle class either that is torn between democratic aspirations and class on the one hand and the concept of ethnicity on the other.

Kenya brings up the rear: women in politics

As a major country in African continent according to justinshoes, Kenya has traditionally been the regional taillight what the representation of women in politics terms. Less than 10 percent of the 222 parliamentarians in the old unicameral house were women. The latest 2010 constitution stipulates that a third of posts should be reserved for women, but this has been slowed down in implementation. After all, a woman from each district was sent to parliament in accordance with the constitution. The proportion of women in the National Assembly rose in 2017 from 19 to 21.7 percent, that is 76 out of 350 seats in the National Assembly. In the Senate they hold 21 of 68 seats, almost the prescribed third. But the pressure to adapt to male-dominated customs still seems to be great in parliament. When MEP Zuleika Hassan brought her baby into the plenary hall in 2019, there was a scandal and she had to take the child out.

In the government, women under Kenyatta received six ministerial posts in the current cabinet, including foreign affairs and defense.

As the former epigon of the democracy movement and the first female presidential candidate, the now deposed Minister for Land, Housing and Urban Development, Charity Ngilu, still enjoys the reputation of an assertive woman. As health minister in the first Kibaki cabinet, she was unable to achieve her ambitious goals; Kibaki overturned her law to introduce statutory health insurance because he thought it could not be financed. Because she withdrew some of the Kamba votes from the CORD camp and led them to the Jubilee camp of Uhuru Kenyatta, the Kamba politician was rewarded with a ministerial post, which she had to give up because of corruption allegations. 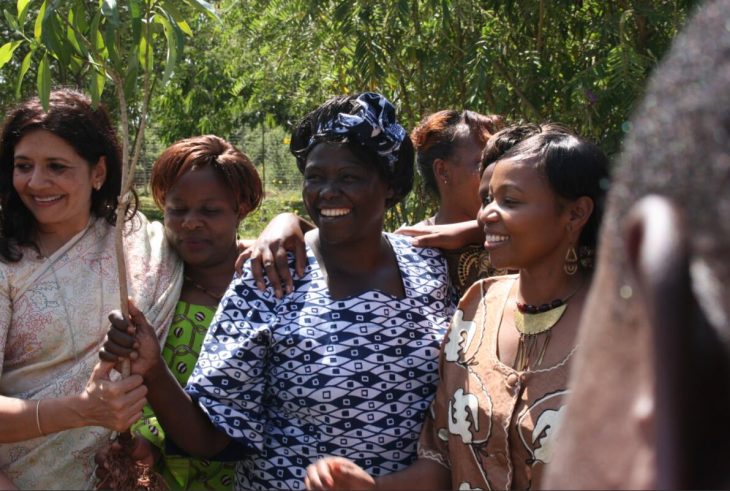 Probably the world’s best known Kenyan politician was not at all, but at heart always an activist of the women’s, human rights and environmental movements: Wangari Maathai. The veterinarian was the first woman to receive a doctorate in East and Central Africa, she became the first female professor. She was the first woman to suffer a public divorce. And she was one of the main adversaries of the dictator Moi. She was also the first African woman to receive the Nobel Peace Prize in 2004 for her services to environmental protection. Your Green Belt Movement had planted an estimated 30 million trees in 30 years with hundreds of women’s groups in the country. But she remained politically isolated as a Nobel Prize winner and Deputy Environment Minister; the establishment had little to do with the militant, longtime chairwoman of the National Women’s Council. She was one of the few Kikuyu who spoke out for reconciliation in 2007. She died in 2011 at the age of 71. This means that Kenya lacks an important voice of reason and the whole country lacks a charismatic ambassador who was heard all over the world.

Kenya is populated by such women, but they rarely find the recognition that Wangari Maathai received from the Nobel Committee. And for the most part – like Maathai – they are more likely to be assigned to civil society than to the male-dominated parliament. These include the peace activist Dekha Ibrahim Abdi, who was killed in an accident.