Good economic data, unclear prospects: Kenya, the safari paradise, engine of the region and potential oil-producing country, has been on the right track for years. The goal: to become an emerging market soon. But security problems, political strife and the threat of over-indebtedness dampen hopes.

Current politics, state structures and historical background: Kenya is characterized by migration movements from different cultures. It is a creative melting pot that plays an important role in politics, trade and exchange throughout East Africa. But corruption, conflicts over land and influence, but also the growing terror of radical Islamists are destabilizing the country.

The economy is growing, there is a middle class, and the state is investing in infrastructure. But despite the dynamism, a large part of the population continues to live in poverty.

Kenya is a young society. Three quarters of Kenyans are under 25 years of age. In times of rapid social change and social insecurity, the family and beyond that the ethnicity are an important point of reference.

Immigration, money and food: This page provides information on how to cope with everyday life, including travel advice and the most important hospitals. 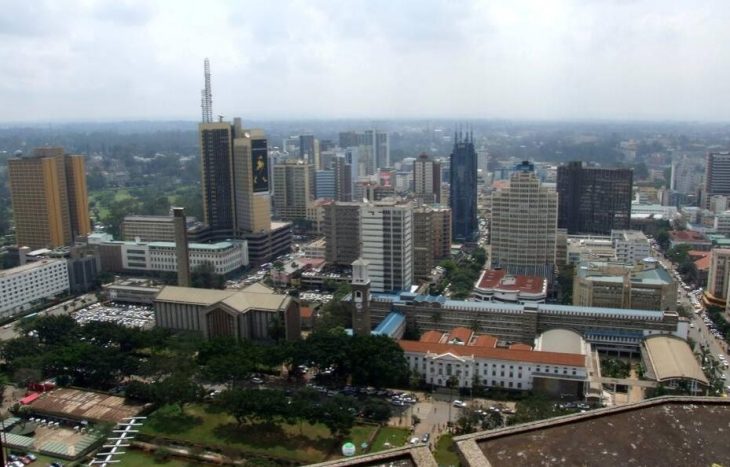 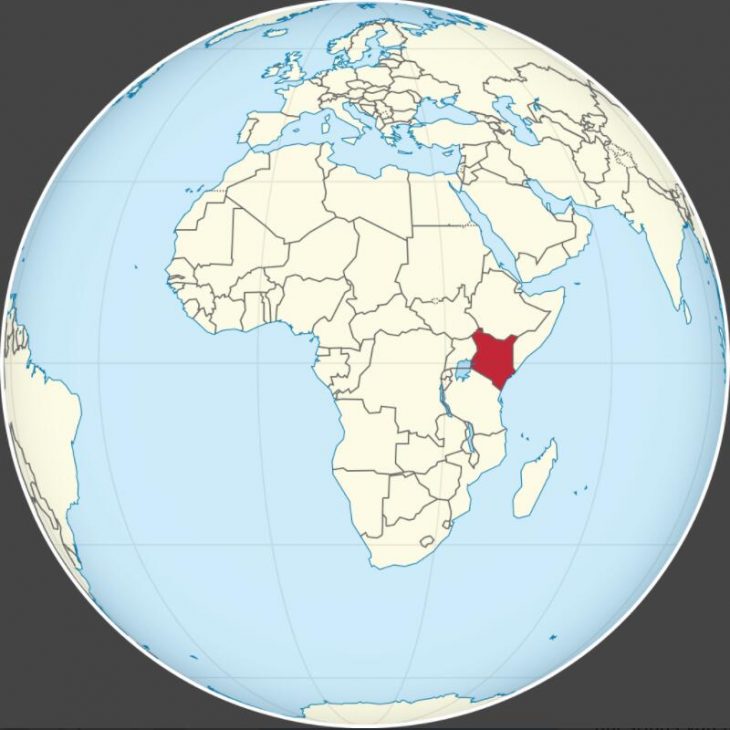 Kenya is about 7 hours by flight from Central Europe in Eastern Africa. With more than 580,000 square kilometers of land, it is slightly larger than France. The equator runs right through the middle of the East African country. Kenya borders Somalia, Ethiopia and South Sudan to the north, and Uganda to the west. In the south, Kenya shares a border with Tanzania for almost a thousand kilometers. To the east lies Kenya’s coast to the Indian Ocean.

A physical map and other thematic maps of Kenya can be found at the University of Texas and Google. An interactive map with zoom function enables a virtual flight over Nairobi. In the ‘Satellite’ view setting, the densely populated fertile areas north of Nairobi and the barren steppe that begins behind the Ngong Mountains a few kilometers southwest of the metropolis can be clearly seen. The Norwegian organization GRID Arendal keeps an eye on the topic of resource use and the state of the environment and provides overviews.

State sovereignty is often restricted, especially at the borders of Kenya. For various reasons, so-called border disputes are increasing. Oil discoveries in the north awaken memories of the question of who owns the Ilemi Triangle, an area of up to 14,000 square kilometers, which has only been shown as Kenyan on official maps since 1978 and could possibly also be claimed by South Sudan. Ugandan striving for regional power, but also the struggle for the resource fish form the background for a dispute about the small, mostly Kenyan island group Migingo in Lake Victoria, which temporarily at least according to Ugandan understanding lay in Ugandan waters. The claim of some Somali politicians and clan chiefs to the border area with Somalia inhabited by ethnic Somalis is as old as the country and a popular political binding agent in otherwise politically torn Somalia. Ideologists from the Al-Shabab terrorist militia are also calling for such lands to be returned to Greater Somalia and have thus created a national agenda alongside the cement of religious propaganda.

The FAO has a whole series of overview maps and graphics available for Kenya, including the population density and the arable land. The World Resources Institute offers a good overview of the population and ecosystems, and UN OCHA also provides current overviews of emergencies and conflicts.

Data, figures, facts – concise and largely without comment – are provided by the CIA World Factbook, the generally well-informed BBC, references to UN Data as well as the Federal Foreign Office and the BMZ.

In the UNDP’s 2018 Human Development Index, Kenya slipped from 142nd place in the 2017 HDR among 189 countries compared to 147th place. It remains one of the 50 poorest countries in the world, but above the sub-Saharan average and ahead of Tanzania and Uganda. The Bertelsmann Transformation Index BTI 2018 put the country in 57th place out of 129 compared to previous years, but in BTI 2020 Kenya slipped to 79th place among 137 compared countries (severely defective democracy) in terms of political transformation.

In the Doing Business Index 2019, it rose from 92nd place to 61st place, and in the DBI 2020 to 56th place among 190 countries compared, it is way ahead of its neighbors. In Africa, only Morocco, Rwanda and Mauritius do better in terms of bureaucratic hurdles for business start-ups. However, the subjective perception of corruption is still unpleasant: Transparency International ranked Kenya 137th out of 180 in 2019, an improvement from 144, on a par with Papua New Guinea and better than Uganda or Mozambique. But Ghana in 80th place and Rwanda (51) show that there is another way. The Kenya National Bureau of Statistics provides basic data from a Kenyan perspective.