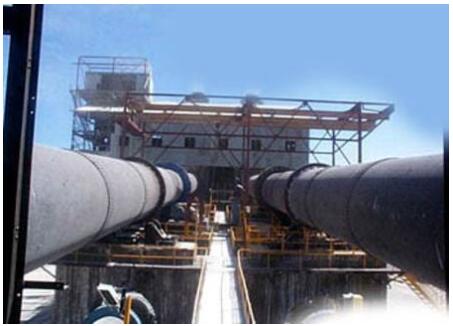 Magadi Soda – pipelines to the factory

The industrial sector of Kenya is large in comparison to the African countries south of the Sahara, but it hardly plays a role internationally. The deposits of mineral resources are quite small. For natural soda alone, Kenya is one of the world’s leading suppliers with the Magadi Soda Company (now part of the Indian Tata Group). In the meantime, Kenya is becoming economically interesting for the global players due to the already secured and still suspected oil reserves. As in Sudan, China wants to secure its position in Kenya in the long term in raw material extraction, but unlike Uganda, Kenya wants to involve Western companies and avoid a blanket assignment of its own rights.

Contrary to the prevailing trend of de-industrialization in Africa, the Kenyatta government is focusing on value creation in the country and wants to expand the industrial sector. The assembly of VW Polos, which was started in a factory in Thika near Nairobi in 2016, is also in this context. Affordable cars for the domestic market, President Kenyatta promised at the opening of the factory, but at a price of 1.6 million Ksh. (the equivalent of more than 14,000 euros), the small car is hardly affordable for normal consumers.

In the processing industry, the refineries and the plastics industry (e.g. Kenpoly) play a role regionally. In addition, especially the food industry, which exports both within Africa and to Europe and the Middle East. Kenya’s formerly independent textile industry hoped for a recovery as a supplier, but it hardly plays a role for the population. The local textile market is based on Mitumba, used textiles from clothing collections – also from Germany. Without these cheap shopping opportunities, many citizens would have problems getting adequate clothing; in addition, the second-hand chain creates work and income. 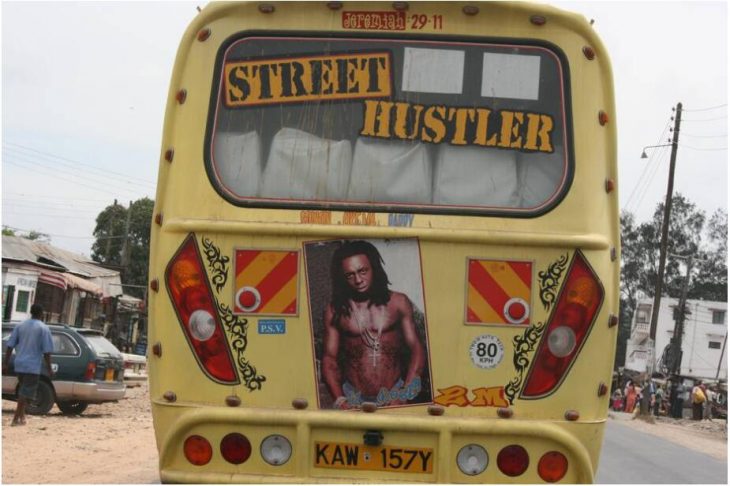 However, the most important pillar for productivity and the labor market in Kenya – as in many African countries according to loverists, – are those employed in the so-called informal sector, which, according to the National Bureau of Statistics, make up more than 80 percent of the 15.6 million employees in the private and public sectors and their number According to forecasts, it will grow by around 5 percent every year. The Business Daily analyst considers the saga of the growing middle class to be exaggerated in light of these figures; the majority of employees have neither securities nor savings – an important point for banks and insurance companies, among others.

The service sector in the narrower sense is concentrated in the business center of Nairobi and the tourist strongholds on the coast. Otherwise there are hundreds of thousands of women who work in “household services”, namely as housemaids. Even with smallholders in the country there is often a poor relative who works from morning to night. For men, hiring a security guard is an option because of the crime rates. The security companies are taken together, the country’s largest employers, but mostly seem to reject women as employees.

In the skilled trades, the many small businesses often do amazing things with minimal resources. “Ikea? I’ll build it,” says some carpenters on the roadside when customers show them the relevant catalogs. In every larger settlement there is a whole series of so-called jua kali (jua kali = “hot sun”, because most of the craftsmen work in the open air). Millions are working in the so-called informal sector in this way, without social security, but also without an official tax burden, but often exposed to harassment by officials. More than 80 percent employment and 33 percent of economic output are statistically assigned to the informal sector.

Trade in Kenya has long been dominated by the so-called Asians, the descendants of the workers and traders from the Indian subcontinent who were brought to Kenya to build the railroad over a hundred years ago. Their status as a successful trading minority, coupled with a negative image as an employer, often made them the target of attacks and “foreigners out” slogans. The Asian-born Kenyans have rivaled the ethnic Somali who dominate part of the wholesale trade and who, with Eastleigh, have transformed an entire district into a dynamic trading center and nicknamed ” Little Mogadishu””has made it a helpful contact point for Somali migrants. The ethnologist Neil Carrier has set a monument to the district with his book” Little Mogadishu, Eastleigh – Nairobi’s Global Somali Hub “and described how integration also works in a poorer country and how it benefits the host country can. 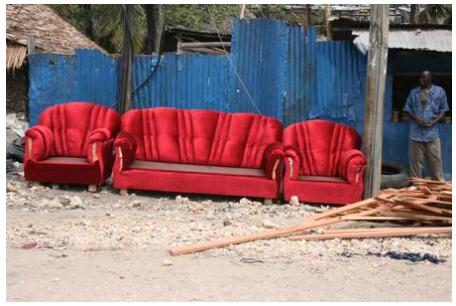 From the sofa set to the tombstone