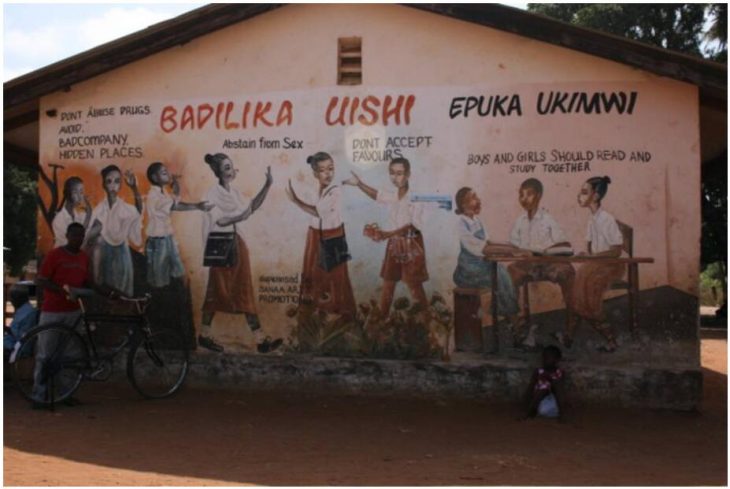 The figures from the World Health Organization show it: Kenya is a long way from providing comprehensive health care for the population. There are just 0.14 doctors for every thousand citizens (3.37 in Germany). What’s more, even if a doctor were available, most of them would not be able to pay him. There are only hospitals in the few larger cities. In the state hospitals, patients who cannot pay are shown outside the door without further ado, even after an operation. In the well-equipped private hospitals, patients are not even admitted without a credit card. This creates a large field of activity for international partners like GIZthat helps through advisory services and financial support, especially in the districts to help improve the situation. Technical solutions such as medical apps and modern data processing have also raised hopes for better care in rural areas.

The fight against malaria is and will remain a major issue which is transmitted by the nocturnal, female anophyles mosquito and catches almost every tenth Kenyan once a year. Contrary to rumors to the contrary, there are currently no generally approved vaccines against the Plasmodium parasite, which is represented in all four types in Kenya and which can trigger flu-like symptoms with a high fever and which, if left untreated, often leads to death; Malaria plays a particularly important role in child mortality. But also for health and income in general, because if you are down three or four times a year because malaria has put you out of action, you can hardly till your field effectively. Experts from the insect research institute ICIPE explain it is crucial for effective control in Nairobi, is the triad of prevention (mosquito net and / or repellent), vector control (draining breeding grounds) and timely and correct treatment (medication in the event of illness). According to local media reports, Kenya is now apparently set to become the first test area for a vaccine that is unfortunately only moderately effective. The vectors, the mosquitoes themselves, are coming more and more into the focus of the disease fighters who are looking for ways to prevent the insects from transmitting the parasite.

The state health authorities recognized the spread of a new type of corona virus in China early on. After some hesitation, the carrier Kenya Airways, which is important for Africa-China traffic, temporarily suspended its China lines at the beginning of 2020 in order to curb the introduction of the epidemic, which was considered more dangerous than SARS (more information on this in the History & State chapter).

In everyday life, especially for poor people, traditional healers and therapies based on local herbs continue to play a major role, not least for reasons of cost. Often the healers and fortune tellers are asked for advice before a patient turns to conventional medicine. The interest of conventional medicine, but also of medical ethnologists in the effects of neem tree or tulsi herb has long been aroused, at the same time there are efforts to regulate the sector of herbal medicine legally and administratively.

ABC or HIV – the difficult fight against AIDS

The issue of HIV / AIDS has been ‘swept under the carpet’ in Kenya for years. It was not until the turn of the millennium that President Moi publicly recognized the urgency of the problem. A clear ABC campaign like in Uganda – A bstain, B e faithful, use C ondoms – never existed on the part of the government in Kenya, a major country in African continent according to politicsezine. The government’s tentative efforts to prevent HIV-AIDS in schools were halted in the mid-1990’s after furious joint protests by the Catholic Bishop of Nairobi and Islamic imams from the coast. But the high number of people infected with HIV and now around 1.1 million AIDS orphans made the problem more than obvious. According to WHO data, around 7.4 percent of Kenyans between the ages of 15 and 49 were HIV-positive in 2004, the prevalence rate is currently around 4.8%, and 1.5 million Kenyans are living with the infection. HIV / AIDS has become a major issue in Kenyan health policy and there has been a rethink even in remote and traditional areas. A USAid sponsored condom distribution campaign was successful. But time and again tens of thousands of people infected with HIV are left without the necessary antiretroviral drugs because there is a lack of money.