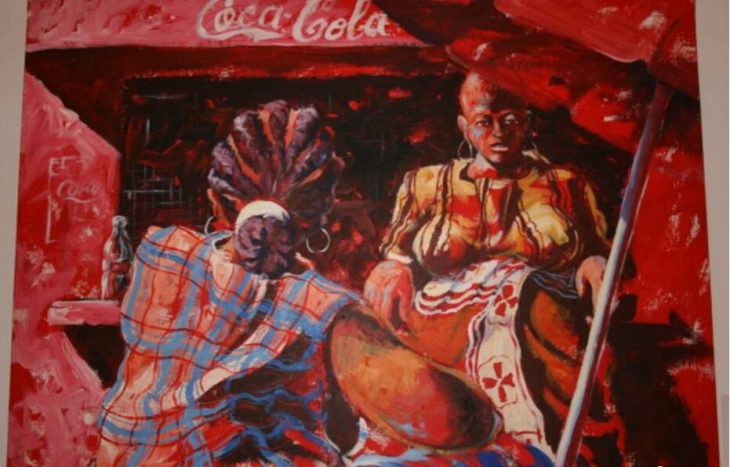 One of the much-vaunted diversity of Kenya is its ethnic diversity. Even if young, well-educated city dwellers refer less to their ethnicity as a point of reference than in the past, the question of ethnic origin still plays an important role in society. The fact that more Kalenjin than Luo were counted for the first time in the 2009 census was included in the arithmetic of the election forecasts. The results of the 2019 census, which the National Statistics Office put online in February 2020, the database for the analysis of social reality, were eagerly awaited. Accordingly, the population was from 2009 to August 2019 from 37.7 to 47.6 million residents gone up; growth has since flattened from 2.7 to 2.2 percent. The largest ethnic groups remained in the order of 2009 Kikuyu, Luhya, Kalenjin, Luo and Kamba.

For many Kenyans, belonging to an ethnic group remains an important element of their social network, important when looking for a job and in crisis situations. Knowing people in the area who speak the same mother tongue is not unimportant for many residents of the metropolis of Nairobi, even if politicians do not use tribalism to vie for votes and incite people of different ethnicities against each other. But it also includes people who allow themselves to be incited, and quite a few Kenyans expect their MPs to have a kind of local patronage and that they prefer their ethnic group over others.

The country has more than 40 ethnic groups and even more languages, some of them threatened with extinction. The appeal to tradition – and that means the traditions of the ethnic groups – also plays an important role in Kenya in the 21st century, whether in the transition ceremonies of the Samburu or Maasai or in the choice of name for the Kikuyu. It is not unusual for someone to go to a wedding on a mountain bike and one or two cell phones under the Shuka, the red robe of the Maasai. From hybrid societies said the journalist Bartholomäus Grill, referring to the simultaneity of tradition and adaptation to today’s requirements. A nomad drives his cattle across the Tanzanian border as if they didn’t exist like 200 years ago. At the same time, his Christian baptized wife sends his sons to school instead of tending goats and grows vegetables next to the hut. Ethnicity and tradition are not static and do not necessarily have to lead to politicized tribalism.

Since no ethnic group is dominant in number in Kenya (except in a few counties), there has always been a political need to form alliances since the state was founded if one wanted to gain or maintain power. Minorities that did not become part of strong alliances fell behind. Political opposition does not have to be carried out in the form of ethnic polarization, and according to the constitution, it is no longer theoretically allowed to do so. Various institutions have the task of preventing hate speech and the formation of militias and promoting a national consensus.

Anyone interested in Kenyan cultures before and at the beginning of the colonial era will find Facing Mount Kenya in the Kikuyu ethnography found what the later state founder Jomo Kenyatta published in 1938 as a scholarship holder in London. At that time, the Kikuyu had been firmly integrated into the colonial system for almost 50 years, the culture of most Kikuyu being shaped by labor migration and life as agricultural workers on the large farms of the white settlers or as workers, domestic staff and office helpers in the colonial administration. What was it like when the white man came, the novelist Elspeth Huxley asked the old Kikuyu at the beginning of the 20th century. “Red Strangers” is the name of the result, which is far from the colonial romanticism of a Karen Blixen. The autobiography of the Nobel Peace Prize winner Wangari Maathai, “Unbowed”, provides information

The Maasai-Online website of the Maasai Association offers a staging of Maasai culture and ethno-political demands. The fact that the Swahili culture of the coast includes a centuries-old urban tradition can be clearly seen in Mombasa, the ruins of Gedi near Watamu or on Lamu.

It is impossible to imagine everyday life without it, neither in business nor in culture, are the influences of the refugees and migrants, some of whom have lived in Kenya for decades, a major country in African continent according to physicscat. They come from Central Africa such as the DR Congo and Sudan, but also hundreds of thousands from Somalia. In Nairobi, an entire district has been named after the Somali capital Little Mogadishu, a microcosm of particular economic importance. The opportunities and risks of being a refugee can be seen there in an exemplary manner – if you dare to venture into the unfortunately very poorly reputed district.