Lighthouses in the drought zone

“Kenya is prone to disasters”, stated the UN development program UNDP succinctly years ago, thus apologizing for the fact that East Africa’s powerhouse, which, unlike most of its neighbors, has never had to survive a civil war, is meeting some of the United Nations’ development goals despite considerable growth has not achieved. The most important obstacle to development in the agricultural state must be the frequent droughts, which affect around 70 percent of the country’s area and have resulted in more than 3 million Kenyans regularly relying on help to survive. To what extent democratic deficits and failures of governments are partly responsible for this is controversial. For the first time in many years there was another one in 2020 Locust plague, although Kenya, thanks to its insect research institute with early warning systems and biological pheromone-based repellants, seemed to be well prepared for this threat. 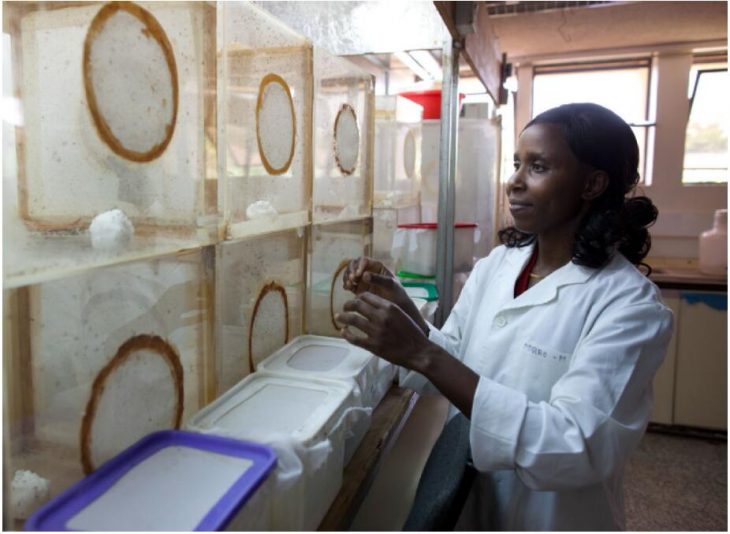 An employee checks the mosquito enclosure

But also floods, violent conflicts, diseases, depleted soil, overpopulation and – in a nutshell – a spiral of poverty that is difficult to overcome also contribute to the goals summarized under the heading of “halving poverty” in developing countries, the MDGs, Millennium Development Goals, were partially missed. In addition to the MDGs, the global community agreed in 2015 on 17 development goals that apply to all countries, the Sustainable Development Goals (SDGs), including the 2030 Agenda which in turn are divided into 169 sub-goals and are nationally and regionally comprehensible environmental protection, poverty reduction, fight against climate change and compliance with human rights, education, energy supply and much more have the objective. Kenya had already presented a Vision 2030 as a development plan in 2008 and has brought it into line with the SDGs since 2015, at least on paper. In the run-up to this, the UN Economic Commission for Africa (ECA) had shown in a regional study the development deficits in East Africa, such as the threat of famine or devastating maternal mortality in Kenya. The ECA stated at the beginning of the decade that the continuous economic growth had not translated into “human development”.

However, it should not be overlooked that important progress has been made and is being made. For example, child mortality up to 5 years in Kenya has fallen massively to 49.2 per 1,000 births by 2017 (among other things because of the spread of mosquito nets). But the lack of social security systems, a lack of health insurance and a generally low average income of around 800 to 900 US dollars a year mean that Kenya cannot do without development projects and many Kenyans cannot survive without emergency aid.

According to information from the OECD, official development aid (ODA) amounted to around 2.4 billion US dollars in 2016, less than in previous years. In addition, there should be relief, especially in the armaments and defense sectors, which are not covered by ODA. There are also countless private aid initiatives worldwide for schools, clinics, individual families and transfers from Kenyans abroad amounting to an estimated billions that fall outside of the ODA.

The largest donors include the USA, the World Bank, Japan, France, the European Union and Great Britain, which as a former colonial power is still the most important trading partner. Britain’s partnership with Kenya, however, has not always been entirely free of tension due to repeated corruption scandals on the Kenyan side. In 2004, the then British ambassador Sir Edward Clay calculated that corruption in Kenya devours roughly as much money a year as donors provide in aid. Local media do not hide from the citizens that their country is considered the most corrupt in Africa, even before Nigeria, but the figure does not correspond to the Corruption Perception Index of Transparency International. According to this, Kenya ranks 137th in the Corruption Perceptions Index 2019 (2018: 144), slightly improved, but still belongs to the most corrupt quarter of the 180 countries surveyed.

Nevertheless, Kenya, according to petsinclude, as an emerging economy and reliably paying debtor, is an attractive partner for the development aid business. It should be easier to list which government and which aid organization is not represented in Nairobi with development cooperation than the other way around. Probably there aren’t. With its Vision 2030 master plan, Kenya has created a useful point of contact for development policy programs of the partners, who have agreed to lead the individual priorities in such a way that the Kenyan side can better manage it. 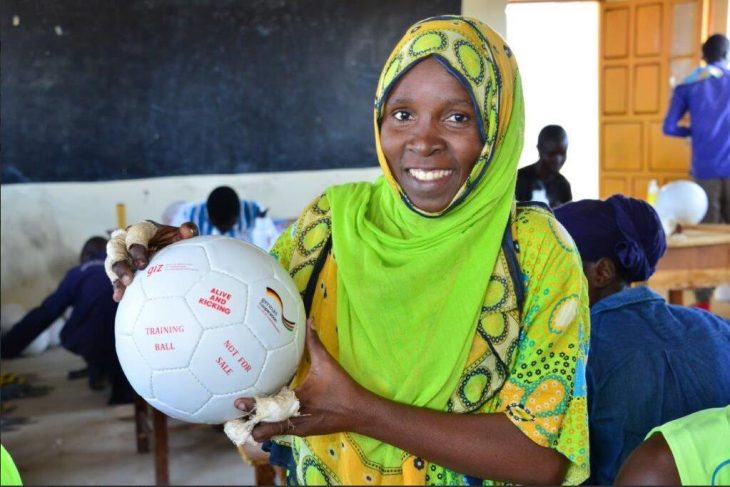 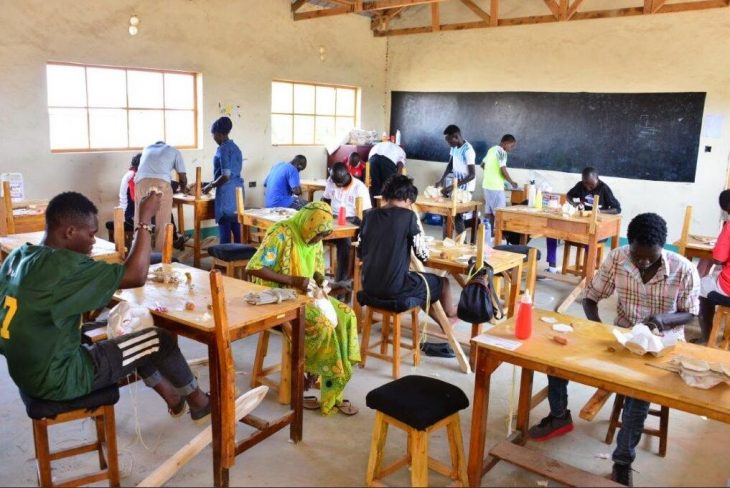 Germany made a contribution of 138 million euros from 2013-2016. This signaled that Germany has a great interest in development and stability in Kenya. Cooperation focused on agriculture with a focus on food security and drought resilience, the development of the water and sanitation sector and support for the health sector. Germany also attaches great importance to supporting good governance – in particular through the fight against corruption and the improvement of transparency and accountability. 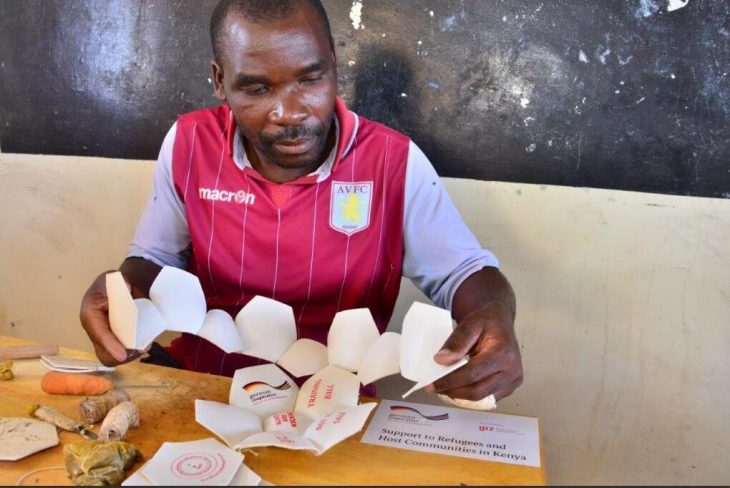 Participant in a seminar held in October 2019

Specifically, in addition to the reform of the water sector, which is to be passed completely into Kenyan hands, the focus is on promoting reproductive health, in particular reducing the devastating maternal mortality rate of 510 deaths to 100,000 live births – that is more than in the much poorer Mozambique – (Germany: 6 / 100,000) as well as better marketing of agricultural products. Dialogue and conflict management are also on the agenda. The Nyeri waterworks is highlighted as a flagship project. It has been considered by German development cooperation for decades and is the only project in the region that fully covers its costs. It is a successful example of the cooperation between KfW and GIZ under the control of the Federal Ministry for Economic Cooperation and Development (BMZ). The KFW Development Bank is involved with several hundred million euros in Kenya and has set up numerous pilot projects. The introduction of hospital vouchers for expectant mothers, for example, was successful. 70. 000 women bought the tickets for the equivalent of € 2; not all redeemed them, but they would have been taken care of in the event of complications – a contribution against maternal mortality. In the meantime, German and Kenyan partners are considering introducing health insurance on a larger scale. Examples of German development policy efforts in Kenya include the following organizations:

Partly German political foundations also work in Kenya, financed by the BMZ. Among other things, they create analyzes and background reports that can be helpful for those interested in Kenya: