Attacks in the border area of Somali militias continue, and early 2020 saw a slew of attacks that also came under fatal fire at a military base in Lamu County used by Kenya and the US.

A particularly severe attack a year ago in the capital Nairobi made it clear that all of Kenya remains a field of action for Islamic terrorists, at least as long as the crisis in neighboring Somalia continues. The siege lasted around 19 hours, from the afternoon of January 15, 2019 – a Tuesday – until well into Wednesday. In the end, according to official information, there were 21 people dead and numerous victims injured. The Somali terrorist organization Al-Shabab took responsibility for the attack on the prestigious hotel and office complex on Riverside Drive in Westlands, not far from the Westgate Shopping Mall, where the terrorists carried out a similar attack five years ago, at the time with more than 60 dead. This time around 700 people were brought to safety. The coordination and deployment of the security forces are said to have been much better than in 2013. Nonetheless, many Kenyans are discussing the question of why another attack on this scale could not be prevented.

Despite the controls and scanners at the entrance, despite improved reconnaissance and search by the authorities, four heavily armed men were again able to terrify the metropolis of Nairobi for many hours, a fifth blew himself up. Nevertheless, President Kenyatta praised the police, promised full clarification and campaigned for national cohesion of the population against the threat of terrorism; He also praised the way Kenyans reacted to the attack on social media. The organization Human Rights Watch spoke of 24 dead with reference to the Red Cross and called for better care for the victims and more respect for the rights of the Somali population.

In the media, security experts admitted that such attacks could never be completely prevented, but there was criticism of the efficiency of the secret services and the cooperation between various authorities, both nationally and internationally. A BBC analyst said it was worrying that there were indications of non-Somali and non-Muslim links to the terrorists that the authorities had not yet considered. In addition, corruption leads to lax border controls and insufficient surveillance of potential perpetrators. With their renewed attack, they have confirmed what the International Crisis Group had warned of the previous autumn: Al-Shabab remains a threat in East Africa. 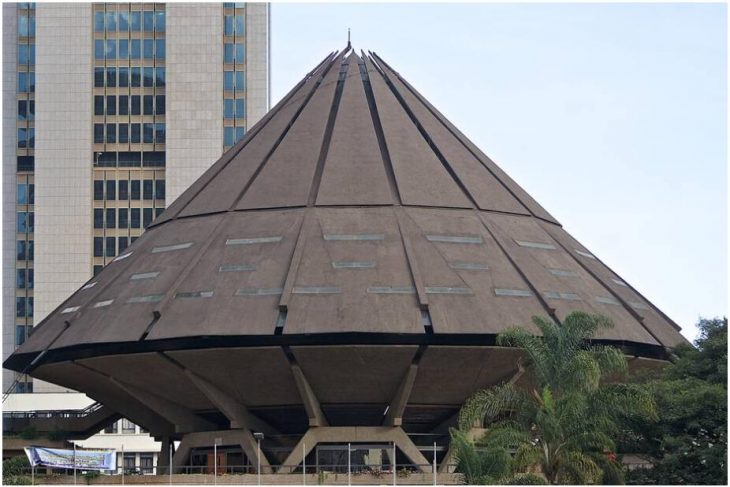 Location of political and cultural history

After the election is before 2022 – who should succeed Kenyatta as president? 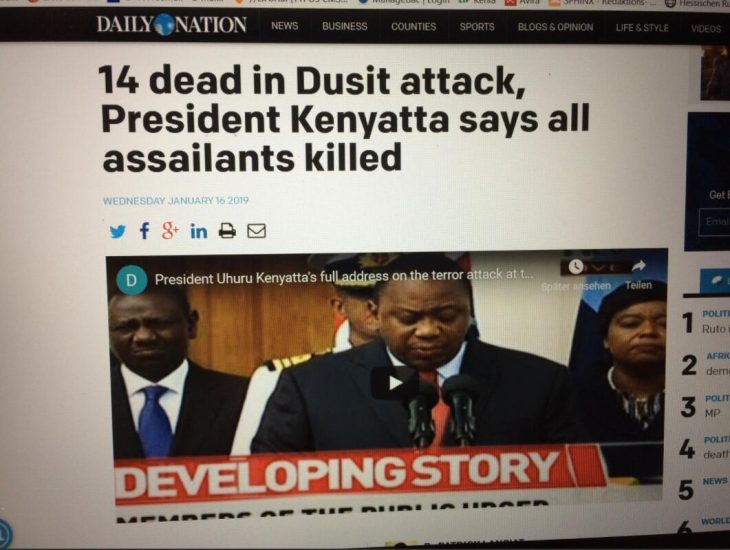 The constitutional limitation of two terms in office led to the question of who should replace Uhuru Kenyatta after the next presidential election. The Kenyans have many months ahead of them, in which the competing people and parties will have to raise the funds and forge coalitions for the power struggle and the future after 2022.

Despite legal challenges and repeated elections, the youngest son of the state’s founder, Jomo Kenyatta, was able to stay in power after the controversial elections in 2017, supported primarily by members of his own Kikuyu ethnic group and in an alliance with the incumbent Vice President William Ruto, one of the leading Kalenjin -Politician.

The alleged reconciliation between the Luo and opposition politicians Raila Odinga and Kenyatta, which has been confirmed several times, serves, among other things, to get coalition poker moving. Vice-President William Ruto, who has struggled to put down proceedings before the International Criminal Court for crimes against humanity, is apparently not too sure that he is the appointed Crown Prince. The son of the former head of state Daniel arap Moi, Gideon, who comes from the same ethnic group as Ruto, has also thrown his hat into the ring. Raila Odinga, election losers of 2017, supporting leading regional politicians threatened losing, including representatives of Luhyas and Kambas.