Corruption – A way of life? 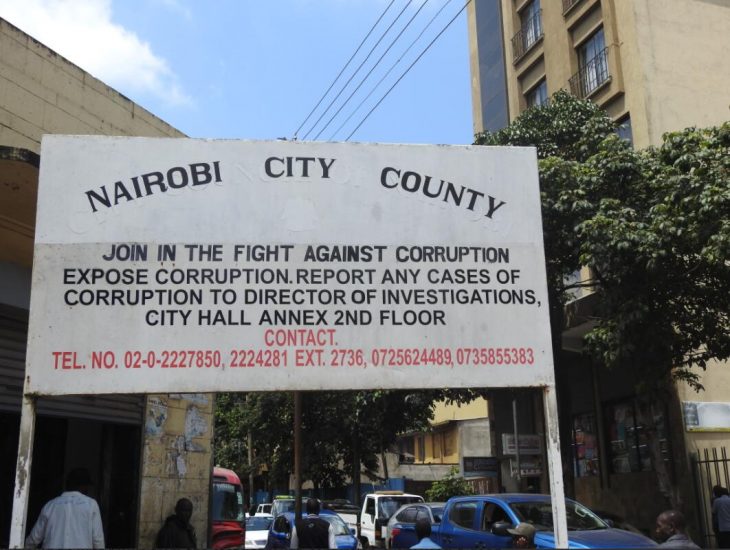 Call to fight corruption in Nairobi’s

“Corruption will now cease to be a way of life in Kenya”, Mwai Kibaki had announced when he took office as head of state at the turn of 2002. Fighting corruption was his first major campaign promise. But the topic remained in the country in many ways, although Kibaki got off to a promising start. John Githongo, former chairman of Transparency International in Kenya, a major country in African continent according to pharmacylib, became Secretary of State for Ethics and Good Governance under Kibaki, with an office in the State House, the seat of the President, and with direct access to Kibaki. Nevertheless, Githongo fled abroad in fear of death in 2004 after uncovering various scandals. Great Britain’s Ambassador Sir Edward Clayin a sensational speech criticized the Kenyan politicians as “wolverines”; In 2004 he estimated that around one billion US dollars were lost in corrupt ways every year – money that could be used for the construction and development of the country. But the octopus corruption permeates almost all areas of life – not just the sphere of politics, as Michela Wrong sums up in a detective documentary about the life of John Githongo.

In 2014/15, the country’s Ethics and Anti-Corruption Commission (EACC) estimated that around six billion US dollars would be withdrawn from the state through corruption every year; A good quarter of the ministers from the Kenyatta cabinet have been suspended since 2013 on charges of this kind and some have also been prosecuted. Most of them are about procurement scandals, but petty corruption – which involves small amounts – is still widespread, with the average sum, which are paid extra by victims of corruption for state services, are said to have dropped from around 7,000 KSH per year to 5,000 KSH. There is at least one example of the complete looting of the state treasury, the Goldenberg scandal from the early 1990’s, which is said to have brought Kenya to the brink of national bankruptcy.

In a regional comparison of the Transparency International ranking, the country is 86 places behind Rwanda, 57 places behind Ghana and just ahead of Uganda. This is a great burden for development and the fight against poverty.

From the point of view of many observers, the fact that the grand coalition lasted from April 2008 to 2013 is a miracle and exemplary for other countries. Since then, the country has changed rapidly, which is not least due to the obvious construction projects in Nairobi. According to the constitution, Kibaki, who had already survived four strokes, was banned from running after two terms in 2013. Many parliamentarians were not re-elected.

Nevertheless, a generation change in the establishment is not yet on the cards. And even if: Many names have been part of Kenyan politics since ancient times and will remain so: Kenyatta, Odinga, Wamalwa – they are only the second generation after their fathers in politics. Others like Musyoka, Mudavadi, Ballala, Ntimama were still considered young turks ten years ago and have been with us for decades, burdened by their alliance with Moi, but carried by the hope of their followers to get into high office as possible and a lot of “local patronage” “to exercise.

Either way, the old men stay. It is doubtful whether a political process of reconciliation really took place among them, as irreconcilable as they meet. Opposition leader Odinga accuses Uhuru Kenyatta of returning to the dark days of the dictatorship with his anti-terror legislation. Conversely, this brings the opposition closer to terrorists.

The court case in The Hague, to which Kofi Annan made the findings of the Kenyan judge Waki accessible after Kenya’s parliament and government – as always – obstructed legal processing in the country, is a double-edged weapon in terms of conflict avoidance. But the proceedings against the highest levels of Kenyan society – higher than the son of the state founder and incumbent head of state hardly goes – at least for a short time symbolically made it clear that no one is immune from legal prosecution.

Kenya also learned superficially from the 2007 disaster. There are a number of institutions and organizations that want to prevent the militant escalation of the political conflict. This includes the peace network, media supervision, whistle blowers such as the already mentioned marsgroupkenya or the Truth and Reconciliation Commission, which has since been dissolved, or the Commission for Cohesion and Integration, which should counteract the political instrumentalization of ethnic differences.