The most influential civil society organizations still include the Catholic and Anglican Churches, although they are under pressure from free churches, Pentecostal churches and sects. With their strict no to the new constitution, which was adopted by the vast majority of voters in 2010, they have also moved away from their flocks. Nevertheless, partly depending on the person, a bishop in Kenya has great influence, and the Sunday services are an opportunity for enlightenment or even massive influence, since participation in the “service”, unlike in the western world in pious Kenya, is a mass phenomenon is.

Since parties and trade unions only express the interests of the Wananchi (citizens) to a very limited extent, there is traditionally a very lively scene of national NGOs and groups from the time of the Moi dictatorship, which thematically deal primarily with questions of democracy, Care for women’s and human rights, followed by environmental or cultural concerns. Many of these organizations are seen as pioneers of democratization, which found expression in the 2002 victory of the Rainbow Coalition over KANU.

Various non-governmental organizations and platforms had set themselves the goal of counteracting a possible escalation of violence in the 2017 election year, partly with support from development partners. The Uwiano Platform for Peace serves as an umbrella organization for local initiatives, including the Peacenet Kenya, which is funded by USAID and GIZ.

In the area of corruption, the Kenyan branch of Transparency International should be mentioned, while the Mzalendo platform is currently the parliament’s watch dog. Legislation and authorities are considered to be quite well positioned in the fight against corruption, but it is questionable whether the long-standing networks could ever be broken up. The professional association of lawyers, the ‘Law Society of Kenya’, often comments on current legislation, but also on questions of corruption and human rights. The network for communication and IT openness CIPESA, which is financed from Sweden and based in Kampala, also supports various partners in Kenya.

International and domestic groups have rendered outstanding services to human rights and the victims of arbitrary government. The Kenya Human Rights Commission, which was already very active during the Moi regime, continues to see itself as an advocate for those without rights against arbitrariness by the state. The People against Torture (PAT), who represent the victims of torture, especially of the Moi era, should also be emphasized. Of the international human rights organizations, Human Rights Watch deals especially with the question of the property rights of Kenyan women, an urgent problem especially for women in the countryside. Women are 40 percent responsible for the maintenance of their families, but they own little more than 3 percent of the property titles. Amnesty International’s reports are also widely recognized. The Muslim human rights organization MUHURI in Mombasa has come under persecution, and its accounts have been temporarily frozen.

Numerous civil society organizations stand up for the interests of women. The association of Kenyan lawyers, FIDA, is a leader in advocating women’s rights. The National Women’s Council (NCWK) and Maendeleo ya Wanawake (Progress for Women), which used to be closely linked to the ruling party KANU, have lost their influence. For years, one of the major issues in the women’s movement has been the unimaginable extent of sexual violence against women and girls, including the issue of marital rape, which is not a criminal offense in Kenya, a major country in African continent according to naturegnosis. Make sexist failures with the help of social mediaby politicians faster than before and generate a political debate that seems to demand more respect for women. The success is not visible everywhere, as the violent outbreak of a male Honorable Member of Parliament against a colleague in 2019 showed.

The National Gay and Lesbian Human Rights Commission (NGLHRC) hopes for a breakthrough that will pave the way for the whole of Africa. It campaigns against the massive discrimination of sexual minorities and therefore went to the highest court in 2019. Objective: The abolition of the British colonial laws that made same-sex sex subject to a sentence of up to 14 years in prison. However, the High Court saw no violation of the Constitution in current criminal law and dismissed the NGLHRC’s motion. 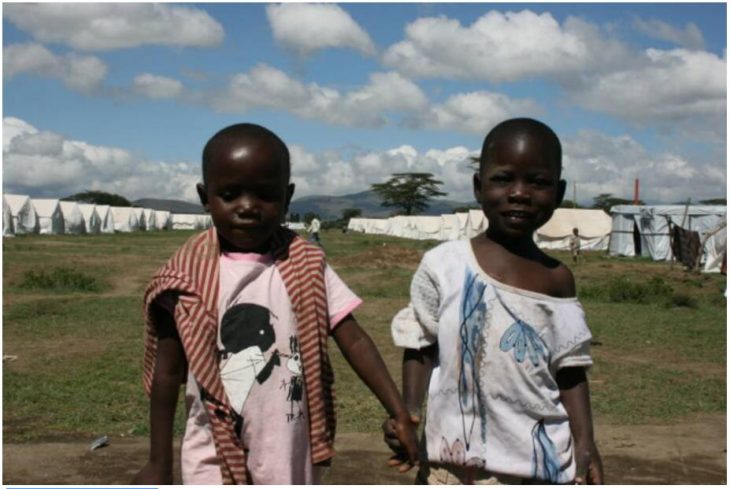 Victims of flight and displacement