In the context of Israel’s multilingual literary production, the current landscape in Hebrew presents numerous elements of continuity with the international one and with the period of revision of the Zionist narrative typical of the new Hebrew literature, showing particular attention to an identity, linguistic and space that more evidently refers to the initial phases of this literature. For Israel religion and languages, please check ezinereligion.com.

As far as prose is concerned, from the point of view of form, a return to neorealist or post-realist writings seems to emerge, according to a clearly distinguishable trend in the global literary scenario, a phenomenon that affects the younger generations or the more recent works of already established authors. From the thematic point of view, however, the deconstruction of the Zionist narrative, chronologically attributable to the production following the Kippur war, still constitutes the dominant note of the literary panorama. In continuity with the polyphony characteristic of this phase, a reflection on the identity of the individual seems to prevail, often developed in parallel with a process of revision of the founding myths of Israeli culture and society. Še᾿erit haḥayyim (2011; trans. It. What remains of life, 2013), in Wiqṭor we-Ma᾿šah (2012, Victor and Masha) by Alona Kimhi (b. 1966), Qol ṣe῾adenu (2008; trad. it. the sound of our footsteps, 2011) by Ronit Matalon (n. 1959), Zeh ha-devarim (2010, This is the word) by Sami Berdugo (n. 1970), Šum gammadim the yavou (2005 ; trans. it. The patience of stone, 2008) by Sarah Shilo (b. 1958). In its more recent versions this genre tends more and more to associate historical events and autobiographical notes, and sometimes künstlerroman, as in the latest novels by Yoram Kaniuk (n. 1930) and Hayyim Beer (n. 1949), in Ṣillah (2013) by Yehudit Katzir (n. 1963), Yolandah (2011) by Moshe Sakal (n. 1976). If the first two elements would seem to dominate also in Ha-roma᾿n hamiṣri (Egyptian novel) by Orly Castel-Bloom (b.1960) soon to be published, the latest novel by Abraham B develops around a reflection on artistic creation.. Yehoshua (b. 1936) Ḥesed sefaradi (2011; trad. It. The Lost Scene, 2011), a theme that is also found in the more recent work by David Grossman (b. 1954) Sus eḥad niknas le-bar (2014; trad. it. Applause to empty stage, 2014).

The various forms of life writing constitute an important element of the recent panorama both in relation to the reinterpretation of symbolic places and moments in Israel’s history, such as, for example, the autobiographical novel Hayinu he-῾atid (2011, Eravamo il futuro) by Yael Neeman (b.1960) – who is also part of the trend that reinterprets the experience of the kibbutz under different points of view to which Ha-baytah (2009, Towards home) by Assaf Inbari (b.1968) also belong and Ben ḥaverim (2012; trans. It. Among friends, 2012) by Amos Oz (b. 1939) who is also responsible for Sippur ῾al ahavah weḥošek (2002; trans. It. A story of love and darkness, 2003) – both in terms of stylistic experimentation as in the case of Curriculum vitae (2007) by Yoel Hoffmann (b. 1937). In the context of the postmodern current, the role of Etgar Keret (b. 1967) is also confirmed, some of whose stories have been adapted and illustrated, giving rise to numerous collaborations in the field of graphic novels. In this regard, on the one hand, numerous thematic affinities can be found between the original production of the graphic novel and prose, and on the other, an influence of this kind on the vast panorama of children’s fiction.

Finally, the fantasy genre has recently had a particularly significant development, while the interest in the detective one is confirmed.

The poetic and theatrical production. – As far as poetry is concerned, the most recent phase seems to resume, without however its ideological implications, the formal debate that has historically characterized reflection in this area. From the contrast between the minimalist style of David Vogel (1891-1944) and the magniloquent style of Avraham Shlonsky (1900-1973) in the context of modernist production in the Hebrew language up to the controversy of the 1960s between Natan Zach (b.1930) and Natan Alterman (1910-1970), the formal obligations that the new Hebrew poetry should have respected in order to better respond to the new contents it should have dealt with constitute the main theme of a whole series of literary manifestos that distinguish not only the different generations, but also the relationship between center and periphery within the same current. Even with the due exceptions, the panorama that has emerged is that of the primacy of a language close to the everyday one in the desire to formally reflect the “sensitivity for the world of men and things” absent, according to Zach, in the neosymbolist poetry of previous generation. The refusal of classical prosody and versification to favor free verse, internal rhyme, a prosaic trend and the use of a lexicon based on the spoken and everyday language have undoubtedly prevailed in the authors born in the twenties and thirties and has been reinterpreted, with some important stylistic variations, by the next generation who also reinterpreted the individualism of Zach’s revolution by addressing new nuances of the ego as well as of its relationship with reality. Examples are the works of Aharon Shabtai (b.1939), Meir Wieselther (b.1941), Yair Hurvitz (1941-1988), Yona Wollach (1944-1985), Aghi Mishol (b.1947), Yitzhak Laor (1949), Naim Araidi (b.1950), Ronny Someck (b.1951), Maya Bejerano (b.1959) and Leah Aini (b.1962). Alongside these tendencies, or in some cases deliberately in the margin, there is finally the poetry elaborated in reference to the religious context, for example. that of Admiel Kosman (b.1957), Yonadav Kaplan (b.1963), Hava Pinhas-Cohen (b.1955) and Miron Izakson (b.1956), and a return to classical forms, of which Dory Manor (b. 1971) is the most important exponent, not only with his works,

The theatrical panorama is characterized by a significant increase in the original works in Hebrew which, at the beginning of the 21st century, constituted half of the plays represented. Alongside the confirmation of the centrality of Nissim Aloni (1926-1998), Yehoshua Sobol (b.1939) and Hanoch Levin (1943-1999), new paths have recently developed which, explicitly taking up trends historically present in dramaturgy, offer new keys of reading. The themes of social and political reality, the Shoah, existentialist reflection and the Bible have remained the privileged thematic paths, in the sign, however, of a stylistic innovation of which the project dedicated to the Bible by Rina Yerushalmi (b.1939) is an example) and the plays by Nola Chilton (b.1922), Miriam Kainy (b.1942), Edna Mazya (b. 1949) and Yosefa Even-Shoshan (b.1965). The production attributable to the religious milieu is also particularly lively, an example of which are the performances of the Qevuṣat ha-te᾿aṭron ha-yerušalmi (Jerusalem theater company). 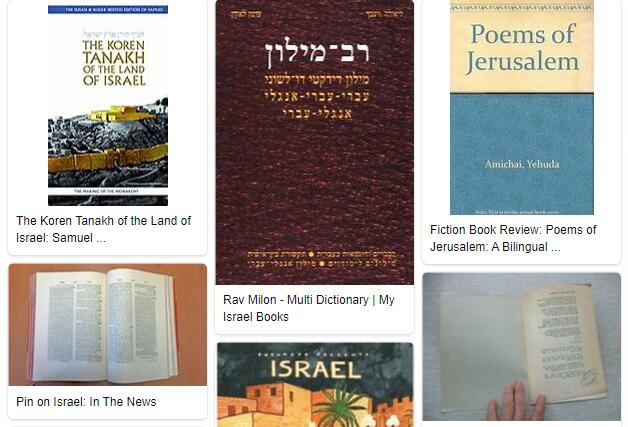