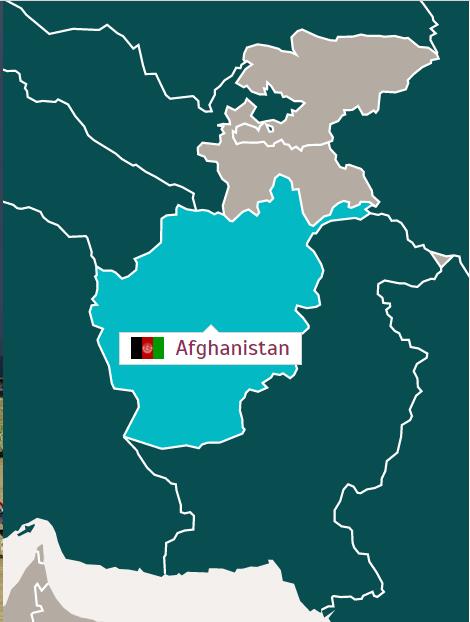 On January 28, 2010, another international conference on Afghanistan took place in London; A strategy was adopted to gradually transfer responsibility for military security to the Afghan government and armed forces, while at the same time gradually withdrawing international troops from Afghanistan from mid-2011.

The follow-up conference took place in Kabul on July 20, 2010; The Afghan government’s offer of reconciliation to the Taliban was affirmed internationally and the government announced that it would participate more in the allocation of international aid.

In the transition phase, the Afghan Army and Police (ANSF) should gradually take over responsibility for security and thus Afghanistan should fully exercise its sovereignty again.

After 2014, the international community wants to continue to support the development of state and civil institutions, but this is linked to certain requirements. Among other things, Afghanistan should introduce serious anti- corruption measures and implement the principles of good governance. In addition, political participation of all ethnic groups in the country must be guaranteed.

The international community also wants to participate in the Afghan peace process under certain conditions. Peace talks with representatives of the Taliban did not take place at the conference because the radical Islamic militia were not willing to talk.

During the NATO summit in Chicago from 20.-21. In May 2012, NATO and Afghanistan reaffirmed their determination to intensify their mutual partnership, even after the transition has been completed. Now that the handover of responsibility for security to Afghanistan has been fully completed, NATO will be committed to the stability and development of Afghanistan beyond the end of 2014. However, the focus will be on a new training, advisory and support mission and will therefore be different from the previous ISAF mission. This new mission should be based on international law, such as a resolution by the United Nations Security Council.

At the international donor conference for Afghanistan in Tokyo On July 8, 2012, Afghanistan was promised further civilian aid worth billions beyond 2014. Civil reconstruction is to be supported with more than 16 billion dollars up to and including 2015. Germany contributed 430 million euros annually. In return for these aid payments, Afghanistan pledged to implement political changes: to fight corruption and drug trafficking more intensely, to guarantee human rights – especially women’s rights – to carry out judicial reforms and to guarantee free elections for 2014.

These commitments are to be regularly reviewed at ministerial conferences or by the Joint Coordination and Monitoring Board (JCMB) as part of the ” Kabul Process “.

One day before the start of the Afghanistan conference in Tokyo, the US declared Afghanistan an “important non-NATO ally “. This status provides for long-term close cooperation on security issues, and it also makes it easier for Afghanistan to acquire and finance US armaments products. In addition to Afghanistan, 14 other states have this special status (including Egypt, Australia, Israel, Japan, Jordan, Pakistan).

The London Conference on Afghanistan, on 4 December 2014 was approved by the British and Afghan government aligned. The donor country delegations reaffirmed their support for Afghanistan beyond 2014 and the commitments made at the Tokyo conference. For his part, President Ashraf Ghani announced that he would press ahead with political and economic reforms, strengthen human rights, especially the rights of women and girls, and fight corruption more resolutely than before.

On the follow-up conference in Tokyo, from 4 to 5 October 2016 in Brussels took place, Afghanistan were from the international donor community further assistance in the amount of 15.2 billion dollars pledged, to cover the civil financing needs until the end of the 2020.

The commitments are repeatedly tied to increased reforms, particularly in the area of human rights and the fight against corruption.

What is new, however, is the EU’s demand that the Afghan government must cooperate more closely on questions of refugee policy. Specifically, this involves the withdrawal of rejected asylum seekers from Afghanistan. A corresponding deportation agreement, with the rather euphemistic title “A common way forward on migration issues”, was signed between the EU and Afghanistan, which should enable the EU states to expedite the deportation of Afghan refugees.

Accordingly, the criticism of this agreement, for example from organizations such as medico international or PRO ASYLUM, don’t wait long.

The then EU foreign affairs representative Federica Mogherini protested against the fact that the EU would make the payments of the aid funds dependent on the deportation agreement.

The Geneva Afghanistan Conference, jointly hosted by the Afghan government and the United Nations, took place from November 27 to 28, 2018.

In addition to delegations from 61 countries, 35 international organizations, representatives of civil society and the private sector also took part. The partnership and cooperation for peace, prosperity and independence in Afghanistan between the Afghan government and the international community were reaffirmed.

The main theme of the conference was further support the peace and reform process in Afghanistan. Although the reforms to date have been praised, so has the intensified continuation of reform efforts, particularly in the areas of good governance. Fight against corruption and respect for human rights are called for.

Participants agreed that peace is essential for sustainable development, and that peace must be underpinned by serious efforts and reforms, as well as comprehensive economic and social programs. Peace must have a broad political base and involve society as a whole.

With this in mind, the offer of the Afghan government in February 2018, wanting to hold peace talks with the Taliban without preconditions, unanimously welcomed and viewed as a unique opportunity for a negotiation result. However: So far, the Taliban have refused to hold direct talks with the Afghan government; they are only willing to negotiate with the USA about the withdrawal of foreign troops.