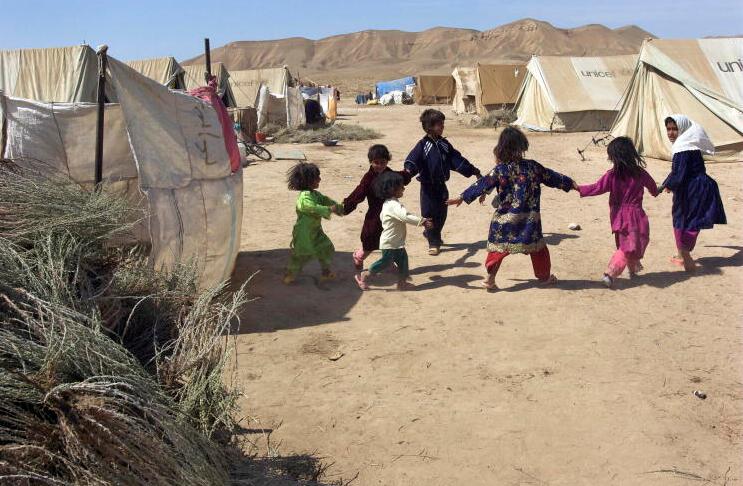 2014 was a year of upheaval for Afghanistan, the presidential election and its long unpredictable outcome, as well as the end of the ISAF mission, with which a large part of the international troops left the country, contributed to a continued very tense and unstable security situation. This also has serious implications for the human rights situation. 2016 was the year with the highest number of victims up to that point among the civilian population. 61% of civilian casualties were caused by attacks and attacks by the Taliban and other insurgent groups. The Afghan security forces were responsible for 20% and the international troops for 2%, and finally 2% were accounted for by other pro-government forces. The UNAMA annual report for 2016 shows an overall increase in the number of civilian victims of 3% compared to the same period of the previous year. Children were particularly affected by the conflict, with an increase of 24% compared to 2015, in particular caused by explosive remnants of ordnance.

In 2018 more civilians have been killed than ever since data was collected, UNAMA annual report notes. The sad results of 2016 were thus exceeded. The number of civilian victims rose by 5% overall and by 11% compared to the previous year. The deaths included 927 children, the highest documented number of boys and girls killed in any year. Reasons for the rise in civilian casualties include an increase in suicide bombings and serious insurgent attacks, as well as air strikes and military operations by pro-government forces.

Arbitrary arrests and detentions by police and intelligence agencies continue to be recorded. Suspects often do not have free access to justice, so that a fair trial is excluded from the outset. The national secret service (NDS) are also accused of violating human rights in the form of torture, mistreatment and the disappearance of people. The still inadequate development of the rule of law, especially in the provinces, is still an obstacle to the enforcement of human rights in Afghanistan. In addition, it is estimated that around 749,000 people are in slave-like addictions life.

The human rights situation of Afghan women, especially in the provinces, has lagged behind both constitutional theory and the targets set by the international community.

Violence against women and girls continues to be ubiquitous. The Afghan Independent Human Rights Commission (AIHRC) recorded an increase of around 5% in cases of violence against women in 2015 compared to the previous year. However, this increase is only based on the number of cases that were reported; the number of unreported cases is likely to be significantly higher.

In spite of the legal situation, the Afghan judicial authorities do not consistently pursue the perpetrators or do not bring them to justice because the relevant law on violence against women is inadequately implemented. On the other hand, reporting acts of violence for women and girls is associated with a high risk, as such a criminal complaint often results in the stigmatization of the victims and reprisals. 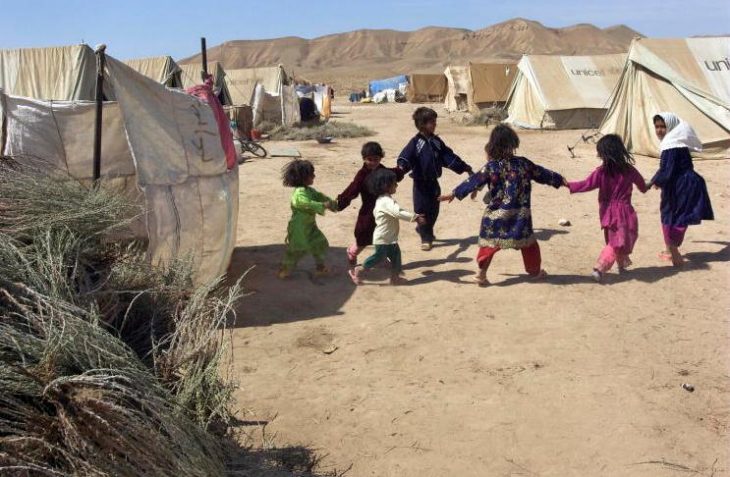 Children playing in a refugee camp in northern Afghanistan

Afghanistan, a country located in southern Asia according to computerannals, has been one of the largest countries of origin for refugees for four decades now.

Due to the Soviet occupation, the internal Afghan civil war, the Taliban rule and the ongoing internal political conflict, several million Afghans have sought refuge in neighboring countries, above all in Iran and Pakistan. Nevertheless, since 2002, 5.8 million Afghans to their homeland returned are the unstable security situation and inadequate socio-economic conditions complicate their reintegration into society.

The Internal Displacement Monitoring Center (IDMC) reports a figure of 2,598,000 internally displaced persons for 2018 who have left their hometowns due to armed conflict, unsafe situation or natural disasters. The main stream of these internally displaced people is targeting metropolitan areas such as Kabul, Herat, Mazar-e-Sharif and Kandahar, increasing the urbanization problems of these cities.

With the help of the Solutions Strategy for Afghan Refugees (SSAR), a sustainable refugee policy between Afghanistan, Pakistan and Iran is to be implemented. Both Pakistan and Iran are still the main host countries for Afghan refugees. For example, around 1.4 million refugees are officially registered in Pakistan and around 840,000 in Iran; the unofficial refugee numbers are likely to be much higher. The strategy, supported by the UNHCR, is intended to facilitate the voluntary return and permanent reintegration of refugees in Afghanistan and also to help the host countries.

However, this voluntary repatriation of refugees is now at stake.

Pakistan, which has been the home of millions of Afghan refugees for decades, has now set a deadline for their forced deportation. This has happened several times in the recent past, but has so far been averted due to international pressure. The original ultimatum ran until December 31, 2016, but has been extended. According to this, the 1.4 million registered Afghan refugees should now leave Pakistan by March 31, 2017. The Pakistani government has now become the residence of registered Afghan refugees until March 31, 2018 extended. In addition, once estimated 1 come to 1.5 million unregistered refugees, including the expulsion is imminent. According to recent reports, it is now said that Pakistan does not want to deport the refugees, but rather encourage them to return voluntarily. In coordination with the UNHCR and the Afghan embassy, the refugees should be given the opportunity of a ‘dignified’ return.

Afghans willing to return are already granted emergency aid of US $ 400 per person under the UNHCR refugee program. However, this only applies to registered refugees, unregistered refugees do not receive this support, but only a supply package for one month, as they do not enjoy official refugee status.

Due to the threat of forced deportation, Afghanistan is faced with a mass of returnees that was not foreseeable. The United Nations and international aid organizations are also alarmed and are calling on the donor countries to increase the budget for refugee emergency aidto avert a humanitarian catastrophe in the context of this migration crisis.

Afghan refugees in Pakistan have been exposed to repression and discrimination for a long time. The general mood towards them has deteriorated, particularly since the attack by the Pakistani Taliban on an army school in Peshawar.

The Pakistani government justifies its change of direction in refugee policy with the fight against terrorism and claims that there are numerous terrorists among the refugees.

But also from Iran return large numbers of refugees to Afghanistan back or be deported from Iran. Human Rights Watch has long criticized Iran for violating the refugee and migration rights of Afghan refugees.