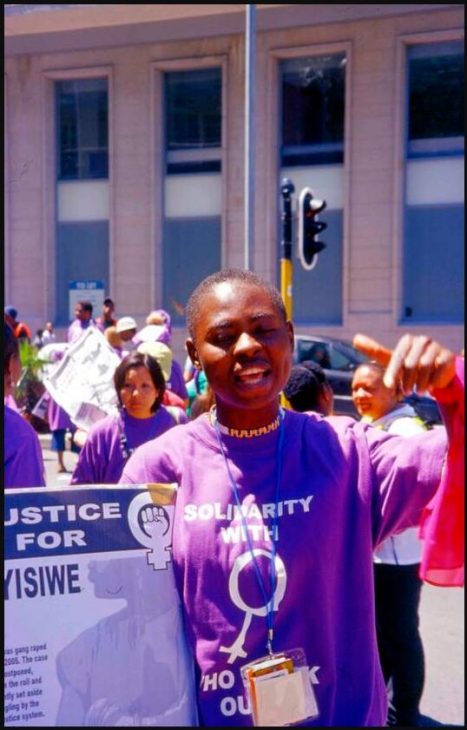 Demonstration against violence against women 2

The constitution contains a comprehensive and modern catalog of human rights (“Bill of Rights”). In 1998 the government announced a “National Action Plan for the Promotion and Protection of Human Rights” (NAP), which should lead to an improvement in the human rights situation. Problems in the implementation and violations of human rights arise from the fact that the transformation process within the police and judiciary has by no means been completed. Amnesty International and Human Rights Watch document violations. There have been reports of torture and ill-treatment of offenders in police custody. Lots of cops are still poorly trained and underpaid. In view of the numerous criminal offenses, some feel overwhelmed with their tasks, some are bribable and respond to offers from criminal gangs or individual perpetrators. Institutional counter-strategies and complaint mechanisms are only marginally effective. Numerous investigation files disappear every year and some service weapons are “lost”. Cases of domestic violence are often not documented; many police officers consider them to be a private matter. Sexism, xenophobia and racism within the police have not yet been overcome.

The great inequality that still exists between the population groups and the legacy of structural violence exercised by the apartheid regime are causes of violence and crime, especially in the metropolises of today’s South Africa. The Institute for Security Studies (ISS) offers a monitoring of justice and crime, which has already led to politically motivated controversies about the data bases and their interpretation. The ISS reports on the development of crime in different areas and on state or civil society prevention and counter strategies.

The extent of the use of force is great. Violence and crime pervade all areas of life, by no means just international organized crime, the ivory, arms and drug trafficking that was already established during apartheid, white-collar crime or politically motivated violence. Violence shapes the everyday life of children and young people, including in schools and in private life. Independent research institutions document the extent and forms of violence, they criticize the involvement of teachers in criminal offenses and the structural causes of crime.

Sexual violence is directed against girls and women in particular, but boys and men are also victims – including in prisons. The rapes recorded by the police amount to 60-70,000 annually; However, the number of unreported cases is much higher according to assessments by the police and the counseling centers for victims. This often spreads HIV infections and sexually transmitted diseases. Over a hundred lesbians have been deliberately raped and murdered in recent years. Activists denounce homophobic violence.

Young children and infants are also increasingly victims of sexual violence. According to statistics, around 20,000 children under the age of eleven are raped each year in South Africa. Since the end of 1999 a law has made domestic violence a criminal offense. RAPCAN works with children who have been victims of violence and with underage perpetrators. In addition, RAPCAN informs teachers and educators about prevention and help.

The Center for the Study of Violence and Reconciliation (CSVR) in Johannesburg analyzes the background of violence, for example against women and children, and develops proposals for overcoming the culture of violence. In addition, the CSVR gives political and practice-oriented recommendations. The Medical Research Council also researches the readiness to use violence and the trivialization of violence, problems that traumatize people and affect developments in society, the economy and politics.

The South African Human Rights Commission has been observing and promoting human rights since 1994. It reviews bills independently of the government and is only accountable to parliament. It also does educational work for the population. The Center for Constitutional Rights reports on the human rights situation in South Africa and issues a differentiated annual report with specific human rights violations.

The human rights situation is also regularly monitored in the US State Department’s Human Rights Report South Africa, a major country in African continent according to extrareference.

The human rights situation and the rule of law in South Africa must be seen in the context of the neighboring SADC countries and with reference to South Africa’s foreign, peace and security policy interests on the continent. Human rights organizations and the United Nations Human Rights Office provide detailed information.

In KwaZulu-Natal, the wounds of the civil war-like clashes of the 1980’s and 1990’s can still be felt today. Some congregations try to initiate reconciliation from those affected themselves.