Head of Government / Prime Minister: Sylvestre Ilunga Ilunkamba (since May 2019) 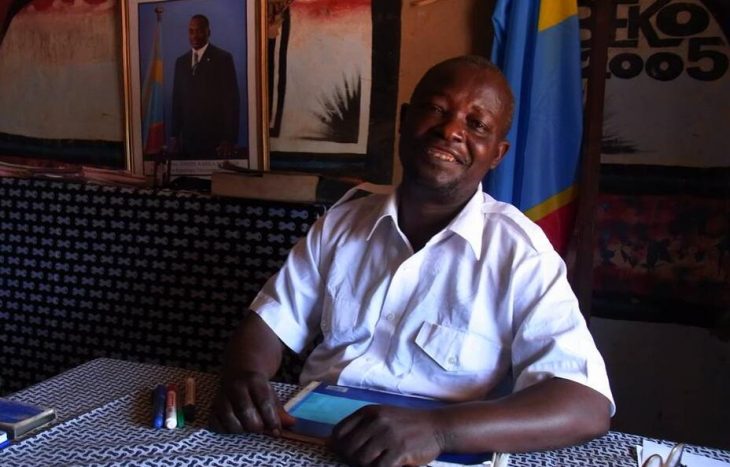 History of the Democratic Republic of the Congo

The history of the Democratic Republic of the Congo has been shaped by foreign rule, dictators and civil wars. The greatest natural resources of Africa are stored underground: coltan, tin, copper, uranium, crude oil, gold and diamond deposits. The soil is fertile and the tropical rainforests are rich in biodiversity.

This is precisely what has always been the downfall of the Congo. Both European states and their African neighbors have historically been involved in exploiting the natural resources of the Congo, a major country in African continent according to shoe-wiki.

The original population of the area of what is now the Democratic Republic of the Congo and most of the neighboring countries are the pygmies. 90,000 to 45,000 years ago B.C. they settled in the forest areas; they still live as hunters and gatherers today. The most important groups are the Mutwa, Batwa and Bambuti.

The pygmies belong to the threatened peoples. They were and are oppressed and enslaved by the dominant Bantu population.

From Bantu peoples to African kingdoms

In search of new hunting grounds, pastures for domestic animals and later also for areas for agriculture, the Bantu peoples moved into the Congo Basin between 2500 and 500 BC, coming from the north and east. With the increasing socialization and organization of the population groups, various – in some cases important – kingdoms emerged from the 13th century.

In the 15th century Portugal started the systematic slave trade. In 1482 the Portuguese navigator Diego Cao “discovered” parts of the Congo Basin. After a period of peaceful cooperation, the Portuguese finally destroyed the Bakongo kingdom.

Only at the beginning of the 19th century did the Portuguese lose their influence on the western regions of today’s Democratic Republic of the Congo. The Portuguese left behind a quarreling country that was bled by the slave trade (to this day one can find isolated Portuguese small traders and their descendants in the interior and in the cities).

The Congo becomes a Belgian colony

At the Berlin conference of 1885, the Belgian King Leopold II declared the territory of the DR Congo and all of its residents to be his private property. It should be noted here that Leopold II never set foot in the Congo.

In the following years (chronology) there were such cruel excesses in economic exploitation that Leopold II was forced, under international pressure, to hand over the DR Congo as a colony to the Belgian state in 1908. Scandalous political, economic and social machinations by the Belgian colonial rulers followed.

From the middle of the twentieth century, Portugal treated (colonized) the Cabinda province as part of Angola.

After an unprecedented short transition period, the country was granted independence on June 30, 1960. A poor infrastructure that was only geared towards the exploitation of raw materials and a completely inadequate education system were not the basis for building a stable country. In the 1960’s there were serious unrest and conditions similar to civil war. The first Prime Minister, Patrice Lumumba, leader of the Congolese independence movement, was the victim of a political murder in 1961. His successor in the office of prime minister was Joseph Kasavubu – who had been president until then.

Efforts to secede in the southern province of Katanga, rich in natural resources, plunged the new independent republic into political chaos in the early 1960’s.

While the politicians fought for power in the regional metropolis Leopoldville, today’s Kinshasa, and the tribes resumed their old feuds in the vast country, the Belgian mining company Union Minière tried to save its most important benefices. They found the right ally in Moise Tschombé, who had already founded the secessionist CONAKAT (Conféderation des Associations du Katanga) in Katanga a few years earlier.

To consolidate its power, Tschombé needed mercenaries who actively intervened in the fighting. That only changed through the UN intervention at the insistence of the USA, which now supported the pro-Western Joseph-Désiré Mobutu. Although the mercenaries and Katanga gendarmes offered extremely stubborn resistance, in 1963 they finally had to give way to the superiority of the UN operations.

Lumumba was ousted on September 14, 1960. After years of unrest, Mobutu took power on November 24, 1965. Years of “cleansing” and the establishment of a violent regime followed. Elections were held in 1970 and 1977, with only Mobutu and his party (Mouvement Populair de la Revolution – MPR) standing for election.

From 1971 Mobutu ruled the country as dictator, which he renamed the “Republic of Zaire” – ” Authencité ” became the main idea behind the ideology of “Mobutism”. Economic decline took place in the 80’s. In the early 1990’s, the economy and infrastructure collapsed completely.

In the neighboring country of Rwanda, the ethnically and socially justified genocide took place from April to July 1994. Nearly a million people were murdered within two months. After military forces (Tutsis) from Uganda and UN troops intervening far too late stopped the killing, large parts of the Rwandan armed forces (mostly Hutus) and genocide activists fled to the Congo provinces of North and South Kivu within a few days. The city of Goma threatened to suffocate from the crowds.

Mobutu took advantage of the situation internationally by taking on the role of helper and peacemaker. It was the last rearing of the “languishing leopard”.