There are 7 high school codes in Zambia today, according to the ACT. The full list is shown below by city, with name of each high school and the city where the school is located (based on the ACT official site). You can search a school code by pressing “Ctrl” + “F” and then type school name or 6-digit school code. 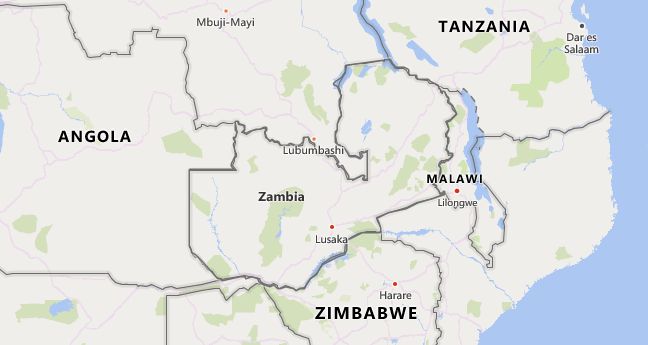 The above lists CEEB codes (College Entrance Examination Board) for all accredited Zambia high schools. Please be informed that the list of high school codes in Zambia may change throughout the year. If you can’t find codes for the high schools of your interest, please write to us or come back at a later time. We will update our database soon after a new high school code is added to the country of Zambia.

Most of the territory of Zambia is characterized by the presence of the savannah, which in relation to the climatic conditions varies from savannah-park, to sparse savannah, to grassy savannah. In the northern regions, where rainfall is more abundant, the equatorial forest grows, but moving towards drier areas, the tropical forest prevails. Dense tunnel vegetation borders the course of the rivers. The fauna is rich in wild animals such as lions, elephants, hippos, buffaloes, zebras, giraffes, warthogs, mongooses, badgers and baboons, and is protected in 19 national parks and numerous nature reserves. Zambia is one of the African countries with the highest percentage of protected areas, 41.1% of the territory and with the largest parks in the world, such as the famous Kafue National Park; moreover, in 1989 the Mosi-oa-Tunya / Victoria Falls area was declared a World Heritage Site by UNESCO. The most serious environmental problems facing the country are: poaching, pollution and acid rain in the mining areas. In addition, the intensive use of land has caused soil erosion and loss of fertility.

The trade balance in 2007 was seriously in deficit; Zambia mainly exports tobacco, timber, minerals and metals (especially copper and cobalt). Imports, on the other hand, are for the most part represented by fuels, machinery and means of transport, petroleum products, foodstuffs and textiles. The exchange takes place eminently with South Africa, United Arab Emirates, China, United Kingdom, Switzerland and Norway. § The Zambian communications network was created in colonial times mainly for mining interests. The railway system, in particular, was the direct continuation of the network of the then Rhodesia (today Zimbabwe), which in turn had the port outlets in Mozambique; Zambia was also connected with the Zaire and Angola railways, thanks to which the Copperbelt was directly linked to the Angolan port of Lobito. To eliminate the interference of these countries, all inserted – except Zaire – in the so-called southern white Africa, Zambia tried to study an autonomous transport system; in this context is the construction of the important Tan-Zam or Tazara railway (Tanzania-Zambia Railway), which begins in Kapiri Mposhi, just N of Lusaka, and reaches the Tanzanian port of Dar es Salaam. The road network developed for over 90,000 km in 2001 of which only 20,000 were asphalted. Air communications focus on Lusaka, Ndola and Livigstone airports. § Tourism is becoming increasingly important (515,000 entries in 2005) thanks to the natural beauty of the country and the vast network of protected areas.