There are 21 high school codes in Venezuela today, according to the ACT. The full list is shown below by city, with name of each high school and the city where the school is located (based on the ACT official site). You can search a school code by pressing “Ctrl” + “F” and then type school name or 6-digit school code. 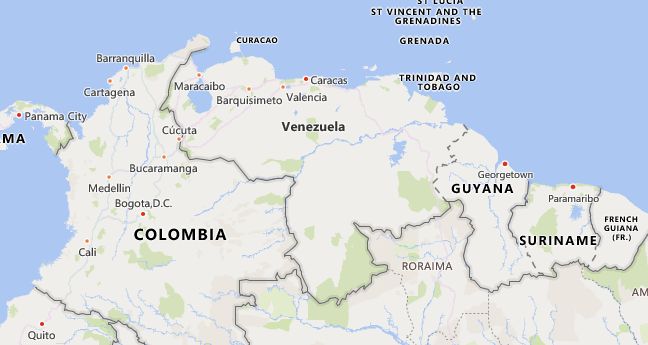 The above lists CEEB codes (College Entrance Examination Board) for all accredited Venezuela high schools. Please be informed that the list of high school codes in Venezuela may change throughout the year. If you can’t find codes for the high schools of your interest, please write to us or come back at a later time. We will update our database soon after a new high school code is added to the country of Venezuela.

Venezuela’s electricity generation is around 120 billion kWh. Around two thirds of electricity is generated by hydropower. The largest single generator is the Guri hydropower plant on the Río Caroní, completed in 1989, with an installed capacity of 8,850 MW.

A wide range of government support measures have increased the share of GDP in the industrial sector considerably since 1960 (import substitution policy). The manufacturing industry (including mining and construction) generates (2013) 32% of the gross domestic product (GDP) and employs around 22% of the workforce. In addition to the petroleum industry (petroleum refining), the key economic sectors are aluminum processing and the iron, steel and foundry industries. Other important branches are the petrochemical industry, the food industry and the textile industry. Industrial companies are mainly located in Caracas, Valencia, Maracaibo and Ciudad Guayana.

The road network was greatly expanded in the 1980s. However, the transport links between the northern parts of the country and the interior of the country are still inadequate. About a third of the approximately 96,200 km long road network is paved. The most important routes are the Caracas – Ciudad Bolívar and Caracas – San Cristóbal connections on the Colombian border (connection with Bogotá). Rail transport is insignificant in both passenger and freight transport. The route network covers only around 450 km. Inland navigation plays an important role in opening up the interior of the country. The most popular waterways are the Maracaibo Canal, which leads to the oil fields on Lake Maracaibo, and the Orinoco.

The most important sea ports are La Guaira (near the city of Caracas), Puerto Cabello (for the industrial area of ​​Valencia), Puerto Ordaz on the Orinoco (for iron ore shipments) and Maracaibo (for petroleum). Of the total of eleven international airports, the “Simón Bolívar” airport in Maiquetía north of the capital is the most important.

Agriculture, which was neglected during the oil boom in the 1970s and 80s, employs 8% of the workforce (2014), but only contributes around 5.5% to the generation of GDP. In recent years production has been improved by increasing the area under cultivation. At the same time, however, productivity fell, so that Venezuela is still highly dependent on extensive food imports.

Around 25% of the land area is used for agriculture: around 3.6 million ha as arable land (including permanent crops), 18.2 million ha as pasture land. The irrigated area covers around 575,000 hectares. The cultivation areas are mainly in the densely populated Cordillera region in the north-west of the country. In the past, large estates dominated with more than 500 hectares of usable space. Since 2001, under the Chavez government, a not inconsiderable part of the property has been expropriated and transferred to landless farmers within the framework of land cooperatives. The main crop is sugar cane with a harvest of (2013) 6.7 million t. Other important agricultural products are corn, rice, bananas, potatoes, cassava, oranges, sorghum and pineapple. – Livestock farming, especially poultry and cattle breeding, provides a significant share of the agricultural production value.