There are 1 high school codes in Vanuatu today, according to the ACT. The full list is shown below by city, with name of each high school and the city where the school is located (based on the ACT official site). You can search a school code by pressing “Ctrl” + “F” and then type school name or 6-digit school code. 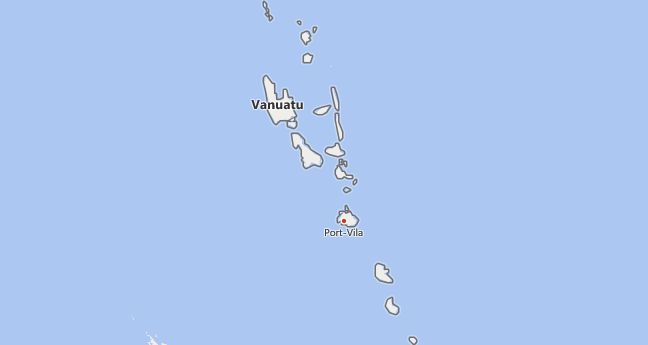 The above lists CEEB codes (College Entrance Examination Board) for all accredited Vanuatu high schools. Please be informed that the list of high school codes in Vanuatu may change throughout the year. If you can’t find codes for the high schools of your interest, please write to us or come back at a later time. We will update our database soon after a new high school code is added to the country of Vanuatu.

Vanuatu Republic in the southwestern Pacific Ocean, west of Fiji, comprises the islands of the New Hebrides, which extend as two island chains of 12 main and 70 minor islands over about 800 km in a northwest-southeast direction; most are of volcanic origin. Over 90% of the population are Melanesians, with more than 100 languages ​​and dialects. The main branch of the economy is copra extraction.

History: The New Hebrides colony, jointly administered by Great Britain and France, became independent as Vanuatu in 1980 and is a member of the Commonwealth.

Vanuatu consists of the New Hebrides to the west of the Fiji Islands, a double chain of twelve large and more than 60 small islands and islets, which extend from north-west to south-east for around 800 km, including the Torres Islands (around 95 km 2) and the Banks Islands (622 km 2, with the main islands Santa Maria or Gaua and Vanua Lava) in the north of the archipelago. The main islands are Espiritu Santo (3,677 km 2), Malekula (French Malicolo; 2 023 km 2), Erromanga (958 km 2), Efate (Vaté; 915 km 2), Ambrym (Ambrim; 666 km 2), Tanna (Tana; 550 km 2), Pentecost (French Île Pentecôte; 440 km 2), Epi (Volcano; 414 km 2), Maewo (259 km 2), Aoba (389 km 2) and Anatom (Aneityum; 65 km 2). The New Hebrides lie within a tectonically active zone on the edge of the Fiji plate, against which the Indo-Australian plate moves. In addition to the coral island of Aniwa (northeast of Tanna, up to 30 m above sea level), the island chain consists of high, mountainous coral reefssurrounded volcanic islands. Coral limestones are often involved in their structure, which have been raised to different heights and give many islands the character of plateaus. The highest point in the country is the Tabwemasana at 1,879 m above sea level on the island of Espiritu Santo. Active volcanoes (mostly only ash discharge) can still be found on Tanna, Ambrym and Lopevi. Earthquakes are common.

Vanuatu has a tropical-oceanic climate with a warm, humid rainy season from November to April, with prevailing north and east winds (frequent cyclones, most recently in April 2015, when large parts of the island state were devastated by cyclone»Pam«); the annual precipitation is between 2,200 mm in the south and over 4,000 mm in the north. On the southern islands (Tanna, Erromanga, Anatom) there is a relatively large amount of drought in winter (June – September; southeast trade winds), with temperatures around 16 ° C. In Port Vila, the monthly mean temperatures fluctuate between 22 and 27 ° C over the course of the year.

The vegetation consists of tropical rainforest on the northern islands and coconut palms on the coasts. Dry forests and savannahs are widespread on the southern islands; Araucarias and Nikan palms are characteristic. Grassland predominates on the drier western sides under the influence of the southeast trade winds.