There are 7 high school codes in Uganda today, according to the ACT. The full list is shown below by city, with name of each high school and the city where the school is located (based on the ACT official site). You can search a school code by pressing “Ctrl” + “F” and then type school name or 6-digit school code. 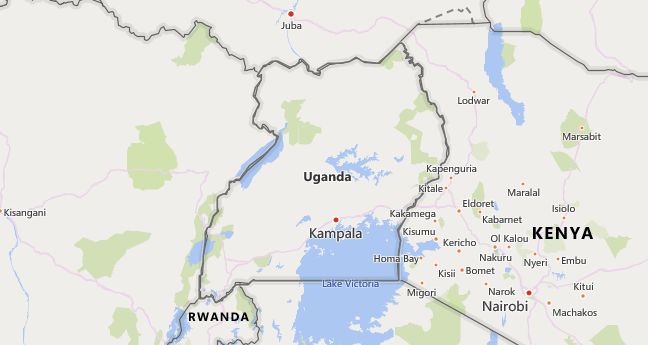 The above lists CEEB codes (College Entrance Examination Board) for all accredited Uganda high schools. Please be informed that the list of high school codes in Uganda may change throughout the year. If you can’t find codes for the high schools of your interest, please write to us or come back at a later time. We will update our database soon after a new high school code is added to the country of Uganda.

In addition to the oldest and largest Makerere University (founded in 1922 as a technical center, university since 1970) in Kampala, Uganda also has numerous other state and private universities.

The population is made up of around 50 ethnic groups, two thirds of which belong to the Bantu peoples. The largest groups are the Ganda, Nkole, Soga and Kiga. In the north, Nilotic languages dominate; largest groups there are the Teso, Langoand Acholi. Central Sudan languages ​​are spoken in the far northwest, including from the Lugbara. There are also Asian, European and Arab minorities.

The biggest cities in Uganda

The conflict with the Lord’s Resistance Army (LRA) in the north of the country made over 2 million people internally displaced at times. On the other hand, around 1.58 million refugees from South Sudan, Somalia and the Democratic Republic of the Congo were in Uganda at the end of 2017.

The annual population growth is extremely high. In 2018, the fertility rate was 5.62 births per woman (for comparison: in Germany it is 1.46). Violence, including sexual violence, against women and underage girls is widespread despite a legal ban (since 2010). Even female genital mutilation is still practiced, especially in the north of the country, despite the ban. Homosexuality is a criminal offense in Uganda. In rural areas in particular, the health care system is insufficiently developed. The HIV infection rate in adults (age group 15 to 49 years) is 5.9%. The Ebola virus disease has also claimed lives.

The constitution guarantees religious freedom and expressly excludes the establishment of a state religion. All religious communities are legally equal. According to the 2014 census (last available official data), around 85% of the population are Christians: 39.3% belong to the Catholic Church (four archdioceses with 16 suffragan dioceses, one military ordinariate) and 32% to the Anglican Church (province of Uganda, 33 dioceses); the rest are committed to (post-) Reformation religious communities (especially Pentecostals / Evangelicals [11.1%] and Baptists [0.3%]) as well as to small independent churches and special communities with reference to Christianity ( Seventh-day Adventists [1.7%]). The small number of Orthodox Christians (0.1%) belong to the Greek Orthodox Archdiocese of East Africa.