There are 2 high school codes in Turks and Caicos Islands today, according to the ACT. The full list is shown below by city, with name of each high school and the city where the school is located (based on the ACT official site). You can search a school code by pressing “Ctrl” + “F” and then type school name or 6-digit school code.

Map of Turks and Caicos Islands 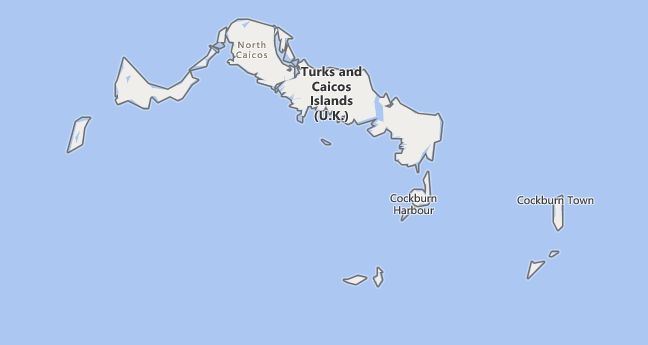 Turks and Caicos is a British Overseas Territory in the Caribbean in the Atlantic Ocean, in the southeastern part of the Bahamas, north of Haiti.

The archipelago consists of 30 islands surrounded by coral reefs. The climate is tropical, trade wind. Frequent hurricanes. The surrounding waters are rich in fish and shellfish.

The islands form two groups – the Caicos in the west and the Turks in the east. The total area of ​​the islands is 430 km2. 6 out of 30 islands are inhabited. Low-lying limestone islands have many salt marshes. The highest island is Providenciales (49 m). The islands are surrounded by coral reefs.

Resorts and attractions Turks and Caicos

The climate is tropical, trade winds. The hot season from April to November is moderated by northeasterly trade winds. Frequent hurricanes. Vegetation – mangroves on the coast, there are pine forests. The fauna is represented by waterfowl. The surrounding waters are rich in fish, lobsters and shellfish.

Population – 31 458 people. The economy is based on tourism, offshore financial business and fishing.

The uninhabited islands were discovered by the Spaniard Juan Ponce de Leon in 1512. There was no aboriginal population on the islands. Since the 17th century, English colonists from Bermuda began to come to the islands for salt. Then, despite the opposition of Spain, the British founded plantations there and brought blacks – slaves. Since 1766, Turks and Caicos has officially become a colony of Great Britain.