There are 2 high school codes in Tajikistan today, according to the ACT. The full list is shown below by city, with name of each high school and the city where the school is located (based on the ACT official site). You can search a school code by pressing “Ctrl” + “F” and then type school name or 6-digit school code. 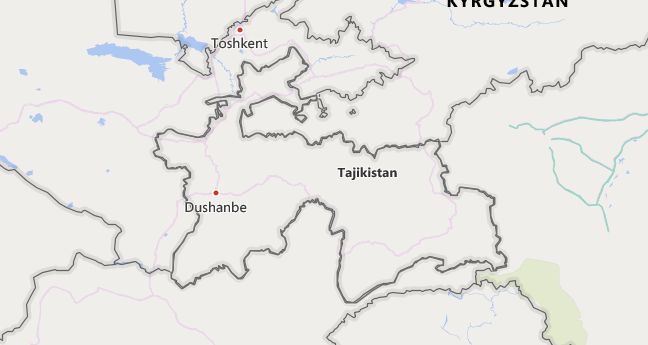 The above lists CEEB codes (College Entrance Examination Board) for all accredited Tajikistan high schools. Please be informed that the list of high school codes in Tajikistan may change throughout the year. If you can’t find codes for the high schools of your interest, please write to us or come back at a later time. We will update our database soon after a new high school code is added to the country of Tajikistan.

Even in Soviet times, Tajikistan was the least economically developed Union republic. Inadequate infrastructure and one-sided orientation of the Soviet economic and investment policy towards raw material production (cotton, mining of ores such as silver, uranium) prevented the development of a balanced economic structure. The natural conditions led to a strong concentration of the economy on the valleys in the south and the Fergana Basin in the north. As a result of independence (breaking off of traditional economic relations with the former Soviet republics) and above all the civil war 1992–97 (estimated economic damage of US $ 7 billion), the economic and social situation deteriorated severely. With a gross national income (GNI) per resident of (2017) US $ 990, Tajikistan is one of the poorest countries in the world. The development of a market economy was delayed by the civil war and did not begin until 1997. In the following years the economy was able to record constant growth in gross domestic product (GDP) again, albeit from an extremely low level (2014: 6.7%). The privatization of companies in industry and agriculture is very slow. With the introduction of Somoni 2000, Tajikistan has a freely convertible currency; the inflation rate fell from 164% (1997) to 6.6% (2014), and the external debt reached US $ 2.2 billion in 2013. According to official figures, unemployment is only 2.5%; In reality, it is estimated to be at least 11%.

Foreign trade: Overall, the trade balance has been negative for years (2013 imports: US $ 4.15 billion; exports: US $ 1.16 billion). By far the most important export good is aluminum (over 30% of exports). This is followed by cotton and electricity as well as jewelry and precious stones. The main import goods are oil and natural gas, food, raw materials for aluminum production, chemical products and automobiles. The most important trading partners are Russia, Turkey, Kazakhstan, China and Iran. The transfers of around 1 million Tajiks working abroad – mainly in Russia – are of considerable importance for the balance of payments.

The agricultural sector is of the greatest importance for the Tajik economy, although it only achieved a share of (2013) 27.4% of GDP, around two thirds of all employees work in it. The agricultural area covers about a third of the territory. Most of it is pasture land, only 5% of the land area can be used for arable farming, 75% of which is for irrigation. The arable land is mainly in the valleys in the southwest and northwest. Rain cultivation is only possible on the mountain slopes. Irrigation areas are the Dangara steppe, the Fergana basin and the Wachschtal. In addition to the traditionally dominant cotton Grain has been grown to an increasing extent since independence. Other crops are rice, corn, fruit (grapes, lemons, figs, apricots) and vegetables, as well as tobacco, aromatic and oil plants. The mountainous eastern part of the country only allows cattle breeding (especially sheep, but also cattle, goats and yaks). Traditionally, silkworm breeding is important. The change in agricultural ownership is proceeding slowly. Around 51% of the arable land is privately owned, traditional leasing structures determine the ownership structure. As in other Central Asian republics, large-scale cotton cultivation was associated with high water abstraction, excessive use of chemicals and therefore serious ecological problems (e.g. drying up of rivers). At present, the inadequate supply of seeds and fertilizers is an obstacle to development. Forestry (firewood production) and fishing are practically insignificant.

Tajikistan has hardly any minable deposits of fossil fuels, the various mineral resources are small in their quantities except for silver and gold and in some cases are difficult to access. The mining of uranium ore deposits was important in Soviet times. The gold and silver mining in the Jachsutal, Serawschantal and Fergana Basin is operated in cooperation with foreign companies. The small oil and gas reserves are concentrated in the Fergana Basin and in the Afghan-South Tajik Basin. The coal reserves in the Fergana Basin and in the mountainous peripheral zones are more significant, but they have hardly been developed due to the inadequate infrastructure and the inaccessibility of the areas. There are also deposits of lead, zinc, tungsten, bismuth ore and arsenic in the Kuramine Mountains and of tin.