There are 2  high school codes in Syrian Arab Republic today, according to the ACT. The full list is shown below by city, with name of each high school and the city where the school is located (based on the ACT official site). You can search a school code by pressing “Ctrl” + “F” and then type school name or 6-digit school code. 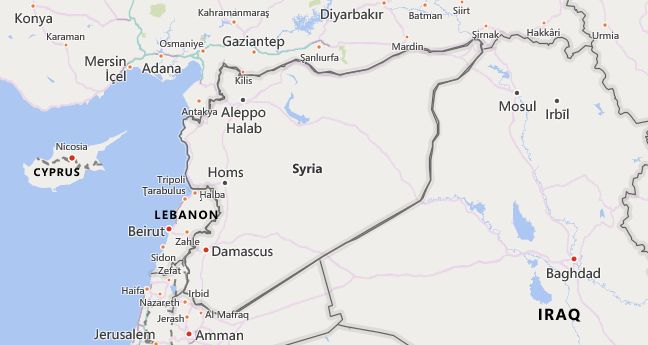 Until 2010, Syria was a middle-income developing country. The civil war and international punitive measures have collapsed the economy. The infrastructure has been destroyed and tourism has come to a standstill. A large part of the population is dependent on humanitarian aid.

Part of the fertile crescent moon stretches through Syria in a large arc from southwest to east. This steppe landscape in the Middle East has been used for agriculture since the Neolithic (Stone Age). Artificial irrigation is mainly used today on the Orontes, Euphrates and Khabur. The area covers about a third of the arable land. The main crops are wheat, barley, grapes, tomatoes, olives and sugar beets. The central and eastern part of Syria can only be used as pasture, mostly for sheep.

Crude oil has been produced in Syria since 1968, then exported as crude oil or processed in refineries. Natural gas is primarily used to generate electricity. In addition, phosphate is broken down for the production of fertilizers. Important branches of industry are the food and textile industries as well as the chemical industry.

In ancient times , Syria, along with Lebanon and Palestine, belonged to the catchment area of ​​various high cultures. Many long-distance trade routes converged in the country. Wealthy cities emerged. They remained economically important even after the conquest by Alexander the Great (333 BC) and in the Roman Empire (from 46 BC). In the Byzantine Empire , Syria was a center of early Christianity.

In the 7th century, Muslim Arabs conquered the country. Syria became the center of the first Caliph Empire (Caliph), its capital was Damascus. From the 11th to the 13th centuries, Islamic rulers fought against Christian crusaders (crusades). The most famous was Saladin , 1175–93 Sultan of Egypt and Syria.

From 1517 Syria belonged to the Ottoman Empire (Turkey) for 400 years. During and after World War I, Great Britain and France divided the Middle East among themselves. The area of ​​today’s Syria was administered by France on behalf of the League of Nations from 1920. From the 1920s onwards, nationalist Arabs rose up against European rule. In 1946 Syria became an independent state.

Syria formed the United Arab Republic with Egypt in 1958–61. On the side of Egypt, Syria took part in wars against Israel in 1948, 1967 and 1973 (Middle East conflict). The Syrian Golan Heights were occupied by Israel. Hafiz al-Assad (* 1930, † 2000) came to power in a military coup in 1970. He ruled Syria dictatorially and was allied with the Soviet Union. After his death, his son Bashar al-Assad (* 1965) became president. As in other countries in the Middle East, in 2011 the Arab Spring called for more rule of law and democracy in Syria. From this the Syrian civil war developed in which foreign states also interfered. The war continues.

Syria has 16.9 million residents. The population is concentrated in the west: in the coastal region and in cities east of the mountains. These include Aleppo , Hama, Homs, Damascus and Dara. Due to the Syrian civil war , the country lost many residents. More than 6 million Syrians live as refugees abroad, mainly in the neighboring countries of Turkey, Lebanon and Jordan.

The Syrian population is made up of many different ethnic , religious and cultural groups. About 90% of the population are Arabs, Arabic is the official language. Kurds are the largest minority. There are also small groups of Armenians, Circassians, Turkmens and Turks as well as more than half a million Palestinian refugees. Very few people still live as nomads (Bedouins).

Almost 90% of the residents are Muslims, three quarters of them Sunnis. Islamic minorities are Alawis and Druze. You split off from the Shiites in the Middle Ages. A large part of the political elite comes from the ranks of the Alawites. One tenth of Syrians belong to Christian denominations, the “Eastern Churches”. The Yazidis belong to a mixed religion in northeast Syria and Iraq. They were expelled from the ” Islamic State” during the civil war. Almost all of the Jews emigrated from Syria in the 20th century.