There are 43 high school codes in Switzerland today, according to the ACT. The full list is shown below by city, with name of each high school and the city where the school is located (based on the ACT official site). You can search a school code by pressing “Ctrl” + “F” and then type school name or 6-digit school code. 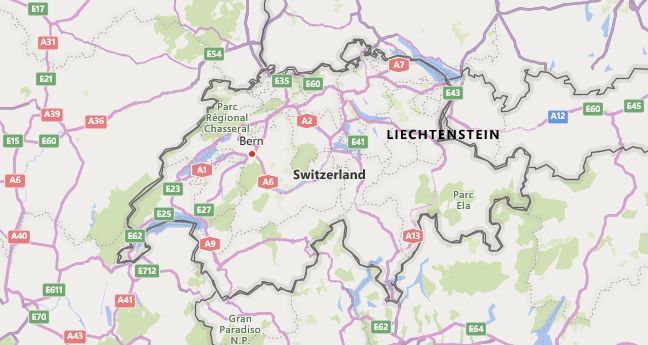 The above lists CEEB codes (College Entrance Examination Board) for all accredited Switzerland high schools. Please be informed that the list of high school codes in Switzerland may change throughout the year. If you can’t find codes for the high schools of your interest, please write to us or come back at a later time. We will update our database soon after a new high school code is added to the country of Switzerland.

Switzerland is a federally organized parliamentary democracy in Central Europe. The seat of government, parliament and many federal authorities is in Bern. Mountains shape a large part of the country, in the west of the Jura, in the south and east the central Alps. The population and the economy have their focus in the mid-plateau. North of the Alps there is a moderate, central European climate, on the south side a Mediterranean-influenced climate. The national languages ​​are German, French, Italian and Romansh. Despite the restrictive immigration policy, the proportion of foreigners is around a quarter of the total population, and more than a third has a migration background. Around ten percent of citizens live abroad. With U. Zwingli and J. Calvin influential reformers come from Switzerland. The attainment of constitutional sovereignty in the 17th century and the neutrality enshrined in the 19th century created a strong special consciousness. The political system is characterized by citizen participation through referendums from the municipal to the federal level, the principle of collegiality in governance and the extensive competencies of the cantons. Women have only had the right to vote in federal elections since 1971, the last canton even not until 1990. The wide-ranging public transport system is considered exemplary. A shortage of staff in various areas and high wages make the Swiss job market attractive. The chemical and pharmaceutical industry, a traditional watchmaking and mechanical engineering determine the picture of the industry. The banking sector is of international importance. The Swiss franc is one of the most important currencies in the world. A number of international organizations, foundations (including ICRC, UN, CERN, WWF, WEF) and sports associations (IOC, FIFA, UEFA) are based in Switzerland. It has only been a member of the UN since 2002, and membership of the European Union has so far been rejected by the majority of the population.