There are 47 high school codes in Spain today, according to the ACT. The full list is shown below by city, with name of each high school and the city where the school is located (based on the ACT official site). You can search a school code by pressing “Ctrl” + “F” and then type school name or 6-digit school code. 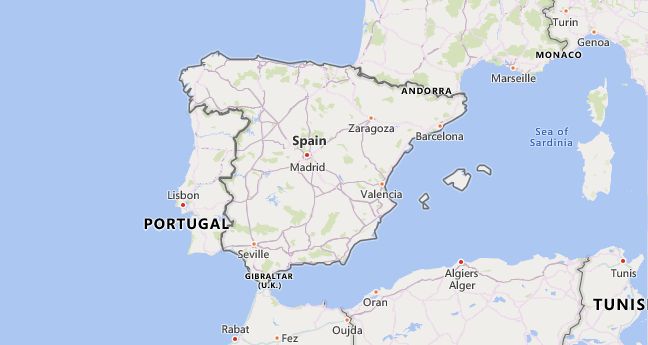 The above lists CEEB codes (College Entrance Examination Board) for all accredited Spain high schools. Please be informed that the list of high school codes in Spain may change throughout the year. If you can’t find codes for the high schools of your interest, please write to us or come back at a later time. We will update our database soon after a new high school code is added to the country of Spain.

Only the narrow northern border, from the Galician highlands in the extreme northwest over the Cantabrian and Asturian coastal mountains to the eastern end of the Pyrenees, has an ever-humid, temperate climate, is year-round (despite a low summer rainfall minimum) without water deficit and therefore has no Mediterranean vegetation formations. The vast majority of the country, on the other hand, is characterized by a subtropical-Mediterranean climate with long summer droughts, high temperatures, strong solar radiation, high evaporation and maximum precipitation, mostly in late autumn and spring, with an overall strongly fluctuating precipitation period. The high areas of the Meseta show continental climatic influences (temperatures in summer up to over 40 ° C, in winter down to −8 ° C), its wide table and basin landscapes receive annual precipitation of 300–500 mm, only the high altitudes of the Pyrenees and the western reservoirs of the Cantabrian Mountains receive up to 2,000 mm. A strip parallel to the coast in the southeast (between Almería and Alicante) with annual precipitation of less than 300 mm has the character of a dry climate with pronounced, long-lasting summer drought, which is a main problem for intensive agricultural use there. On an annual average, the province of Seville is one of the first regions on the European continent to show the phenological spring when the sweet cherry blossoms.

Because of the great differences in altitude between coastal plains and high mountains, the vegetation is graded accordingly: Above the olive and maquis (or garigue) stage with evergreen oaks (cork, holm oak), an island-like stage with coniferous (pines) follows. or deciduous forest (beech); the high zones have barren grasslands and dwarf juniper stands.

The Balearic Islands are known for the splendid almond blossom in spring every year. Intensive cultivation of crops requires irrigation throughout the dry summer of Spain.