There are 28 high school codes in South Africa today, according to the ACT. The full list is shown below by city, with name of each high school and the city where the school is located (based on the ACT official site). You can search a school code by pressing “Ctrl” + “F” and then type school name or 6-digit school code. 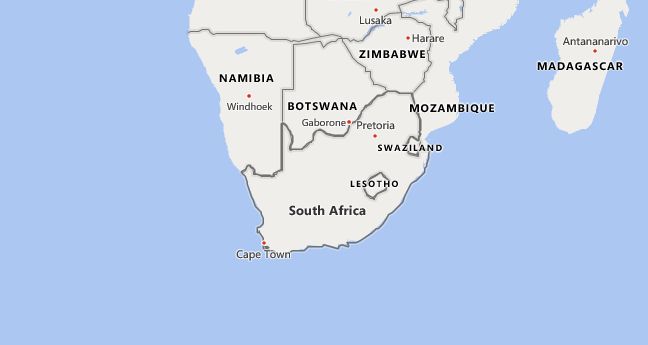 The above lists CEEB codes (College Entrance Examination Board) for all accredited South Africa high schools. Please be informed that the list of high school codes in South Africa may change throughout the year. If you can’t find codes for the high schools of your interest, please write to us or come back at a later time. We will update our database soon after a new high school code is added to the country of South Africa.

South Africa is a presidential republic. In the constitution, essential principles of the rule of law are anchored, such as basic and human rights, separation of powers and a multi-party system. The republic consists of nine provinces. At the top is the president, who is elected by parliament for five years. He is the commander in chief of the army and head of government who appoints the ministers and ambassadors. Cyril Ramaphosa ( * 1952 ) has been President of the Republic since 2018. He is faced with the great task of fighting poverty, unemployment and corruption. Its goal is to reduce the great social inequality and to rehabilitate the education and health sectors.

The parliament consists of two chambers: the National Assembly with 400 members and the National Council of the Provinces with 90 members, who are sent by the parliaments of the provinces. The African National Congress (ANC), a party that is mainly supported by the black section of the population, has ruled since the 1990s.

The apartheid system prevailed until the 1990s, in which the whites had all power while the other ethnic groups, especially blacks, were suppressed. South Africa became a democracy in 1994 under Nelson Mandela , the first democratically elected president. In an effort to come to terms with the injustices of the past, a truth and reconciliation commission was formed. She dealt with human rights violations that were committed during apartheid.

Since 1994, state schools have been open to all children and young people regardless of their skin color. School attendance is compulsory for nine years from 7 to 16 years of age. The lessons are free of charge. The six-year basic level is followed by a three-year lower and upper secondary level. Lessons can be taken in any of the eleven national languages. The widespread prevalence of HIV / AIDS, the inadequate equipping of schools with furniture and materials, and the shortage of teachers have a negative impact on school education. Those who can afford it send their child to a private school. Some parents also take out large loans for this.

In order to study at a university, pupils take an exam after the 12th grade. There are over 20 universities and colleges. The largest university is the University of South Africa in Pretoria, founded in 1873. Since 2018, a free course has been offered to students from low-income families.

In terms of digital infrastructure, South Africa has very good facilities compared to other countries on the African continent.