There are 7 high school codes in Slovakia today, according to the ACT. The full list is shown below by city, with name of each high school and the city where the school is located (based on the ACT official site). You can search a school code by pressing “Ctrl” + “F” and then type school name or 6-digit school code. 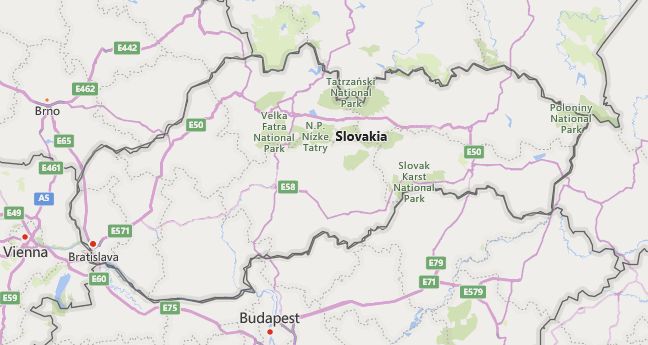 The above lists CEEB codes (College Entrance Examination Board) for all accredited Slovakia high schools. Please be informed that the list of high school codes in Slovakia may change throughout the year. If you can’t find codes for the high schools of your interest, please write to us or come back at a later time. We will update our database soon after a new high school code is added to the country of Slovakia.

80.7% of the population of the Slovak Republic are Slovaks, 8.5% Hungarians and 2.0% Roma. According to other sources, their share is estimated at up to 11%. In addition, small groups of Germans, Czechs, Poles and Ukrainians live in the republic. The official language is Slovak; the minority languages Hungarian, Romani, German etc. are accepted as the second official language in some municipalities. The majority of Hungarian Slovaks live in the southern border region, especially in the southern Slovak (Danube) plain. The share of foreign nationals in the total population is 1.3%. (All data refer to the year 2011, the next census will be carried out in the countries of the European Union in 2021.)

The population density of the Slovak Republic is (2018) 111 residents / km 2, about half as much as in Germany. According to the natural conditions, the settlement density shows great differences, it is greatest in the Bratislava conurbation. Parts of the mountains are extremely sparsely populated. The proportion of the urban population is (2020) 53.8%.

The largest cities in the Slovak Republic

The Constitution of the Slovak Republic guarantees freedom of religion (Article 24) and expressly emphasizes that the state is not bound by ideologies or religions (Article 1). Relations between state and church are based on two treaties: the treaty between the government and the Holy See of 2000 and the agreement on the status and activities of the other Christian churches that came into force in 2002.

The Catholic Church comprises the Archdioceses of Bratislava (established in 2008 through the division of the Archdiocese of Bratislava-Trnava), Trnava (after the division still the Archdiocese, but at the same time the suffragan diocese of Bratislava) and Košice with the suffragan dioceses Banská Bystrica, Nitra, Rožňava, Spiš (bishopric: Spišské Podhradie) and Žilina, for the Catholics of the Byzantine Rite in Eastern Slovakia the metropolis Prešov (established in 2008) with the eparchies Košice and Bratislava. The largest Protestant churches are the ” Slovak Evangelical Church of the Augsburg Confession ” (5.9% of the population) and the “Reformed Christian Church in Slovakia” (1.8% of the population). The Orthodox Christians belong to the » Orthodox Church in the Czech lands and Slovakia ” on.

The national flag was adopted with independence in 1993. It is horizontally striped in the Pan-Slavic colors white over blue and red and bears the coat of arms on the left, in the middle of the leech.

State holidays include January 1st (establishment of the Slovak Republic in 1993), August 29th (anniversary of the Slovak National Uprising in 1944) and September 1st (adoption of the Constitution by the National Council in 1992).