There are 1 high school codes in Seychelles today, according to the ACT. The full list is shown below by city, with name of each high school and the city where the school is located (based on the ACT official site). You can search a school code by pressing “Ctrl” + “F” and then type school name or 6-digit school code. 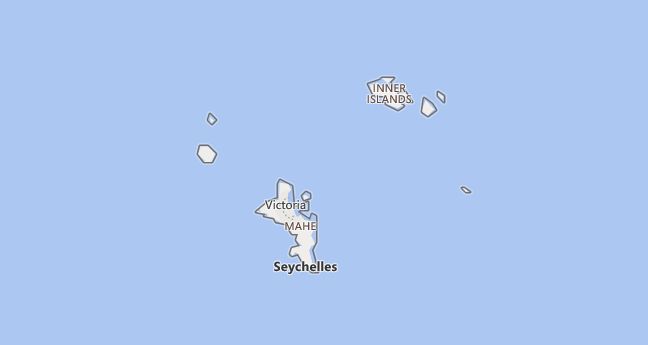 The above lists CEEB codes (College Entrance Examination Board) for all accredited Seychelles high schools. Please be informed that the list of high school codes in Seychelles may change throughout the year. If you can’t find codes for the high schools of your interest, please write to us or come back at a later time. We will update our database soon after a new high school code is added to the country of Seychelles.

According to the constitution of June 18, 1993 (revised several times), the Seychelles are a presidential republic in the Commonwealth. The head of state, commander-in-chief of the armed forces and the chief executive officer (head of government) is the president, who is directly elected for a period of 5 years (a maximum of two terms of office are possible). He appoints the remaining members of the cabinet. The legislature lies with the unicameral parliament (National Assembly; legislative period: 5 years); Of the 33 MPs, 25 are elected by majority vote and 8 by proportional representation.

The national flag was introduced in 1996 on the anniversary of the constitutional amendment; it is the third since independence. The five colors blue, yellow, red, white and green radiate out from the lower corner on the Liek. The color blue describes the sky and the sea, yellow stands for the sun, red for the population, white for social justice and harmony and green for the land and nature.

The coat of arms was awarded on May 27, 1976 by Queen Elizabeth II. It shows the main island in the shield, a second island in the background stands for the other islands in the country. Coconut palm and turtle symbolize flora and fauna, the schooner stands for ship traffic between the islands. Two sailfish from the waters surrounding the Seychelles serve as shield holders. The upper coat of arms consists of a helmet with a blue-red-silver helmet cover and bead. Above it lie blue-silver waves over which a white-tailed tropical bird flies. Under the shield there is a volume with the motto “Finis Coronat Opus” (The end crowns the work).

The national holiday on June 18 commemorates the introduction of the democratic constitution in 1993, June 29 the achievement of independence in 1976.

The most influential parties in the multi-party system, which has been constitutionally anchored since 1993, are the former Parti Lepep (PL; until 2009 Seychelles People’s Progressive Front [SPPF; founded 1978], socialist) and the Seychelles National Party (SNP; successor organization to the Alliance United Opposition founded in 1998 [ UO; founded 1993], Christian Democratic).

The island nation has armed forces with a total strength of around 500 soldiers. In addition to an infantry company with light weapons and 6 reconnaissance tanks, there is the 250-man coast guard, which is equipped with 9 patrol boats.

The legal system is based on English common law, French civil law, and local law and custom. The case law follows the British model. The three-tier court system consists of the Supreme Court, the Court of Appeal and local (magistrate) courts. The death penalty was abolished in 1993.

In 1980 a school system based on the British Comprehensive School was set up. There is a nine-year compulsory schooling from the age of 7 in the case of free tuition. The language of instruction at the entrance level is Creole, while English and French are compulsory for the rest of the course. In the higher education sector there is a polytechnic (founded in 1983) and a university (founded in 2009).

Press: The introduction of the multi-party system also created more independence and plurality in the media. Nevertheless, the government publication »Seychelles Nation« remains the only daily newspaper. In addition, “Regar” is a weekly newspaper for the opposition SNP.