There are 12 high school codes in Russia today, according to the ACT. The full list is shown below by city, with name of each high school and the city where the school is located (based on the ACT official site). You can search a school code by pressing “Ctrl” + “F” and then type school name or 6-digit school code. 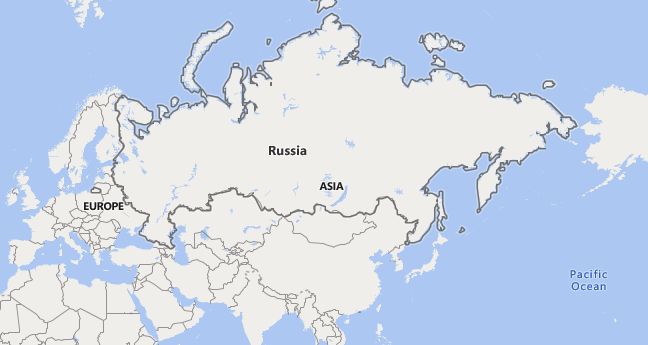 The above lists CEEB codes (College Entrance Examination Board) for all accredited Russian high schools. Please be informed that the list of high school codes in Russia may change throughout the year. If you can’t find codes for the high schools of your interest, please write to us or come back at a later time. We will update our database soon after a new high school code is added to the country of Russia.

With 17.1 million km² Russia is almost twice the size of the USA. The country stretches from the Baltic Sea in the west to the Pacific in the east and from the Arctic Ocean in the north to the Black Sea, the Caucasus, the Caspian Sea and Central Asia in the south. The Urals form the geographical border between Europe and Asia. The Asian part of Russia is called Siberia.

Three quarters of the country are made up of plains. To the west of the Urals stretches the Eastern European table country with the Volga, the longest and most water-rich river in Europe. East of the Urals joins the swampy West Siberian lowlands. This lowland is very rich in oil and gas deposits. The Central Siberian mountainous region lies between the Yenisei and Lena rivers. The East Siberian Mountains, which are strongly divided by several mountain ranges, extend even further east to the Pacific. On the Pacific Ocean, the Kamchatka Peninsula and the Kuril Islands form the eastern edge of the country. Lake Baikal is located in southern Siberia. At 1642 m, it is the deepest inland lake on earth.

High mountains rise along the southern border of Russia. These include the Altai in southern Siberia and the Sajan on the border with Mongolia. The Caucasus rises in southwest Russia, between the Black and Caspian Seas. Here lies the highest mountain in Russia, the glaciated Elbrus (5642 m above sea level).

The climate becomes more and more continental to the east with increasing drought and increasing temperature fluctuations. At Oymyakon in Eastern Siberia they range on average from –53 ° C in January to + 16 ° C in July. The climate on the Black Sea coast is subtropical. The arctic archipelagos belong to the belt of the polar cold deserts.

The treeless tundra stretches to the north. Here the soils only thaw superficially even in summer (permafrost soil). To the south joins the taiga, which covers more than half of the total area of ​​all coniferous forests on earth. Further south there is the transition to mixed and deciduous forest belts as well as to the steppe areas off the mountain edges and on the border with Kazakhstan. Many predators such as bears, wolves and lynx live in Siberia, which is partly deserted.

The cold north is the habitat of polar bears, moose, reindeer and many fur animals such as sable, mink and arctic fox. In the extreme southeast of Russia there are still small populations of the critically endangered Siberian tiger.

Russian nature has suffered from enormous environmental pollution since the Soviet era. Many toxins such as oil, nickel, arsenic and chromium are poorly disposed of and contaminate the soil and groundwater. The natural rotting of waste proceeds very slowly at low air temperatures. In addition, stable weather conditions such as the high temperatures over Siberia lead to poor air circulation. Smog often forms over the Siberian cities. Radioactive waste is disposed of on the Kola Peninsula and in the adjacent marine areas in north-western Russia. This poses a threat to the future.