There are 10 high school codes in Portugal today, according to the ACT. The full list is shown below by city, with name of each high school and the city where the school is located (based on the ACT official site). You can search a school code by pressing “Ctrl” + “F” and then type school name or 6-digit school code. 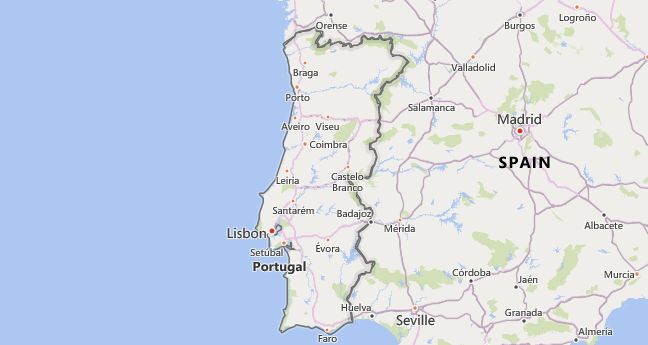 The above lists CEEB codes (College Entrance Examination Board) for all accredited Portugal high schools. Please be informed that the list of high school codes in Portugal may change throughout the year. If you can’t find codes for the high schools of your interest, please write to us or come back at a later time. We will update our database soon after a new high school code is added to the country of Portugal.

With a gross national income (GNI) per resident of (2017) US $ 19,820, Portugal is one of the member states of the EU and the OECD with a slightly below average level of development. In 1989, the International Monetary Fund accepted Portugal into the group of industrialized countries.

The path to socialism that followed the Carnation Revolution with numerous nationalizations was abandoned in the mid-1980s and a large part of the nationalizations reversed. In 1989, a constitutional reform laid the foundation for liberalization and modernization, which, after joining the EC (1986), thanks to extensive adjustment aids, set the partly industrialized country in motion for a long time to catch up. In 1998 Portugal became a member of the European Monetary Union and introduced the euro in 2002. The upswing came to a standstill after the turn of the millennium. The average annual growth rates were only 1%. With the EU enlargements to the east in 2004 and 2007, Portugal’s previously existing location advantage in European competition (low wages) became partially obsolete; the geographical peripheral location within the EU further exacerbated the economic problems. In 2008 the economy stagnated and in the following year it shrank by 2.5%. In the wake of the European financial market crisis, Portugal had to apply for international financial aid in 2011. In 2014, the gross domestic product (GDP) showed growth again for the first time (0.9%; 2016: 1.4%). As a result of the recession, unemployment rose to around 16.5% (2013); it was able to be reduced to 11.2% by 2016.

Despite a sharp decline, 8.0% of all employees are still employed in agriculture, forestry and fishing (2015) (1980: 27.0%); their contribution to GDP is 2.4% (1980: 10.3%). The agricultural sector is considered to be relatively backward. Poor soil quality, periodic droughts, small farm sizes and outdated cultivation methods are the main reasons why Portugal has to import a significant part of its food needs. The country is only self-sufficient in terms of wine, olive oil, vegetables, pork, poultry and sheep meat as well as butter, cheese and milk. Around 19.6% of the country’s area is arable land (including permanent crops, especially vines, olive and fruit trees) and around 19.9% ​​permanent pastures. Irrigable cultivation areas are in coastal depressions, on rivers and reservoirs in southern Portugal. In 1995 the long-planned damming of the Rio Guadiana near Alqueva was tackled despite massive protests by nature conservationists. The main dam, completed in 2001, dams the river to a 250 km2 large lake, which in particular is to supply an irrigation area of ​​110,000 hectares to be gradually created by 2025. The most important wine-growing regions (Portuguese wines) are also located in the north-western coastal area and in the area of ​​the upper Douro.

Forestry: Around 35% of the land area is forested (around 30% pine, 25% stone and cork oak forests). Mostly less valuable types of wood are extracted for the paper industry and the construction industry (logging 2013: 10.6 million m 3) as well as resin. Due to the rich population of cork oaks, Portugal is the world’s largest producer of cork.

Fisheries: The coastal marine fisheries have traditionally been of great importance in Portugal. The catch was (2014) 119 900 t. At around 40%, mackerel have the largest share; sardines, octopus, tuna and crustaceans follow.