There are 9 high school codes in Poland today, according to the ACT. The full list is shown below by city, with name of each high school and the city where the school is located (based on the ACT official site). You can search a school code by pressing “Ctrl” + “F” and then type school name or 6-digit school code. 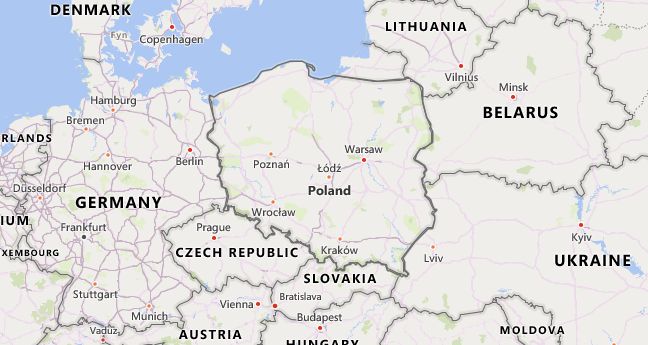 The above lists CEEB codes (College Entrance Examination Board) for all accredited Poland high schools. Please be informed that the list of high school codes in Poland may change throughout the year. If you can’t find codes for the high schools of your interest, please write to us or come back at a later time. We will update our database soon after a new high school code is added to the country of Poland.

After the Second World War, Poland had a population of 23.6 million in today’s borders, the losses from the war are estimated at 6 million. The cession of eastern Poland to the Soviet Union and the takeover of the German eastern territories triggered large resettlements and internal migrations. Most of the Germans fled or were expelled (around 7 million between 1945 and 1950). Poles and Ukrainians, mostly from eastern Poland, were settled in the former German areas. The Germans who remained in Poland after the war (Upper Silesia, Lower Silesia, Pomerania, Danzig, southern East Prussia) form the largest national minority (Polish Germans) with 125,000 to 240,000. Other national minorities are Ukrainians, Belarusians, Slovaks, Russians, Lithuanians, Roma,Lemks and Tatars. In 2018, 0.9% (325,200) of the total population were foreign nationals, almost half of whom are from Ukraine. The number of refugees and asylum seekers was only 12,200 at the end of 2017.

The biggest cities in Poland

From 1948 to the 1980s, Poland was characterized by high population growth, which was mainly due to the strong birth rate. Since the mid-1990s, the natural population development has stagnated or is regressive, ie there are more deaths than births. The proportion of the urban population is 60% (2018). With an average population density of 124 residents / km 2 (2018), Poland is one of the more densely populated areas in Europe; however, there are large regional differences.

The capital region, Upper Silesia and the areas around Krakow, Lodz and Gdansk are most densely populated, while the northeast, Eastern Pomerania and the lowlands east of the Oder and Neisse are least populated.

Poland has been one of the most important emigration countries in Europe since the 18th century. Today 15-18 million Poles live outside the borders of Poland, mainly in the USA and Canada, in Western European and South American countries such as Argentina and Brazil. There are also Polish minorities in the neighboring Eastern European countries, especially in Belarus, Lithuania and the Ukraine.

The constitution (Article 53) guarantees religious freedom and defines the principle of cooperation as the basis of the relationship between the state and the religious communities with mutual respect for the respective independence (Article 25). All state-registered religious communities are legally equal. Relations between the state and the Roman Catholic Church are based on the Concordat concluded in 1993 and entered into force in 1998. A comparable law has existed since 1991 for relations with the Orthodox Church.