There are 46 high school codes in Philippines today, according to the ACT. The full list is shown below by city, with name of each high school and the city where the school is located (based on the ACT official site). You can search a school code by pressing “Ctrl” + “F” and then type school name or 6-digit school code. 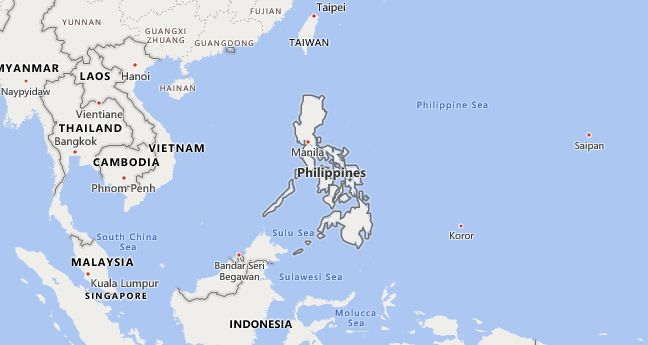 The above lists CEEB codes (College Entrance Examination Board) for all accredited Philippines high schools. Please be informed that the list of high school codes in Philippines may change throughout the year. If you can’t find codes for the high schools of your interest, please write to us or come back at a later time. We will update our database soon after a new high school code is added to the country of Philippines.

The Philippines has numerous tourist attractions, including in particular the natural diversity of the more than 7,000 islands: a. the mountains of northern Luzon with the grandiose rice cultivation terraces of the Ifugao in the valley of Banawe (UNESCO World Heritage Site), the landscapes of still active volcanoes such as B. Taal and Mount Mayon in southern Luzon, the cone karst landscape of the Chocolate Hills on the island of Bohol, tropical rainforests and waterfalls (including at Pagsanjan), the world natural heritage national park »Puerto Princesa« on Palawan, coral reefs (including in the Albay Gulf) and one diverse flora and fauna.

The Philippine islands also offer numerous palm-fringed sandy beaches that are only partially developed for tourism (e.g. on the small island Borocay off Panay, but also on Palawan and Mindoro). The country’s tourist attractions include the colonial Spanish heritage (e.g. the restored old town Intramuros in Manila, the city of Vigan on the Ilocos coast) and the country’s ethnic and cultural diversity (including hill tribes in northern Luzon, ethnic groups with independent cultures in Mindanao and in the Sulu Archipelago).

In 2015 the number of foreign visitors was 5.4 million; the income amounted to around US $ 5 billion. The majority of the guests came from Asia (especially from South Korea, China and Japan) and the USA. However, the Philippines as a tourist destination are well behind countries such as Thailand, Malaysia or Indonesia.