There are 17 high school codes in Peru today, according to the ACT. The full list is shown below by city, with name of each high school and the city where the school is located (based on the ACT official site). You can search a school code by pressing “Ctrl” + “F” and then type school name or 6-digit school code. 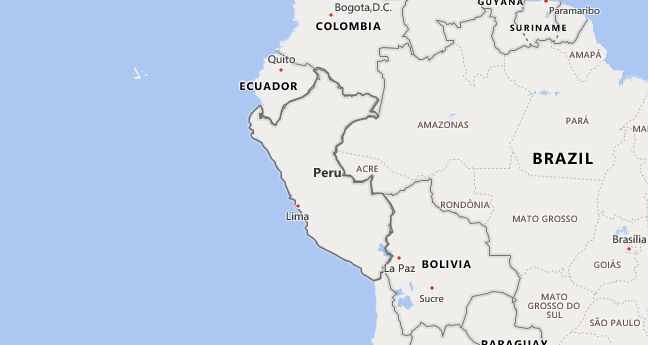 The above lists CEEB codes (College Entrance Examination Board) for all accredited Peru high schools. Please be informed that the list of high school codes in Peru may change throughout the year. If you can’t find codes for the high schools of your interest, please write to us or come back at a later time. We will update our database soon after a new high school code is added to the country of Peru.

26% of the population belong to the indigenous population of the Quechua and Aimara, the majority of whom live as small farmers in the Altiplano. About 60% are descendants from the union of Europeans and indigenous peoples (mestizos). The white upper class (6%) is concentrated in the cities. Black people, people with European and black African ancestry (mulattos) and Asians form numerically smaller minorities.

With an average of 25 residents / km 2 (2017), Peru is comparatively sparsely populated, but the population distribution is very uneven. While large parts of the Selva are barely inhabited, 33% of Peruvians settle in the Andes. Half of the population lives on the coast, 40% in the Lima-Callao area alone. As a result of the strong internal migration, the degree of urbanization (2017) is 79%. In the cities, the poor settlements on the fringes (barriadas, officially: Pueblos jovenes “young settlements”) have expanded considerably.

Social: The social contrasts in Peru are extremely great. A small middle and upper class faces the broad mass of the poor population (especially indigenous people and descendants from the union of indigenous peoples and Europeans). Infant mortality (1.9%) is an expression of inadequate medical care and poor sanitary conditions, especially in rural areas. On average, there were 11.2 doctors and 15 hospital beds for every 10,000 residents in 2012. 86.7% of the population are connected to drinking water pipes.

The biggest cities in Peru

The constitution guarantees freedom of religion within the framework of the catalog of fundamental rights. All religious communities are legally equal. The Catholic Church was a state church from 1915 to 1980 and still has a prominent position in public life.

According to the latest available estimates, 60% of the population belong to the Catholic Church (seven archdioceses with 19 suffragan bishops and 10 territorial prelatures as well as eight apostolic vicariates and one military ordinariate), around 15% belong to (post-) Reformation denominations (especially Baptists, Methodists, Pentecostals). The Anglicans belong to the diocese of Peru (seat: Lima) as part of the »Anglican Church of the southern tip of America«. Other religious groups with references to Christianity are the Adventists, Mormons and Jehovah’s Witnesses. A religious community that arose in Peru (as a split from the Seventh-day Adventists) is the “Evangelical Israelite Church of the New World Covenant” (founded in 1954).

Numerically very small non-Christian religious minorities are the Buddhists, Baha’is and Jews. The small Jewish community (three synagogues in Lima) goes back historically to Jews who immigrated from Europe and North Africa in the 19th century. Followers of traditional religions are found in small numbers among the indigenous population. About 25% of the population cannot be assigned to any particular religion.

The political landscape in Peru is characterized by instability and fragmentation. The established popular parties have increasingly lost their importance since the 2010s. The Partido Aprista Peruano (PAP; founded in 1924 as Alianza Popular Revolucionaria Americana [ APRA ]) and the Partido Popular Cristiano, (PPC; founded 1966) even failed to pass the five percent hurdle in the 2021 general election. The Acción Popular (AP; founded 1956) also received little support.

To this end, numerous new parties have emerged. The Peruanos Por el Kambio (PPK; founded 2014) provided the state president with Kuczynski 2016-18, the right-wing populist Fuerza Popular (founded in 2010 as Fuerza 2011) and the Marxist-Leninist Perú Libre (PL; founded in 2020) competed in the fight for the 2021 Presidency.