There are 23 high school codes in Panama today, according to the ACT. The full list is shown below by city, with name of each high school and the city where the school is located (based on the ACT official site). You can search a school code by pressing “Ctrl” + “F” and then type school name or 6-digit school code. 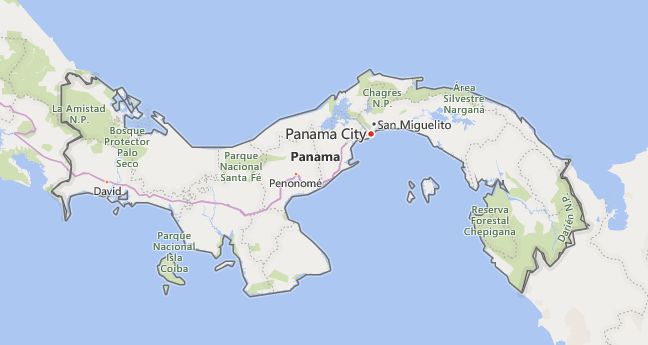 The above lists CEEB codes (College Entrance Examination Board) for all accredited Panama high schools. Please be informed that the list of high school codes in Panama may change throughout the year. If you can’t find codes for the high schools of your interest, please write to us or come back at a later time. We will update our database soon after a new high school code is added to the country of Panama.

As a natural link between the Atlantic and Pacific and between North and South America, Panama’s economy is largely determined by its role as a transit country. Compared to other Latin American countries, Panama has a more diversified economy and a higher standard of living. With a gross national income (GNI) of (2017) US $ 13,100 per resident, Panama shows stark differences in income conditions: More than a quarter of the population are considered poor or extremely poor. The indigenous population is particularly affected.

The political unrest in the late 1980s and the US economic sanctions led to a severe economic crisis, from which the country has slowly been recovering since 1991. In 1994 the government launched a five-year economic modernization program that improved labor laws, removed trade barriers, and made it easier for foreign capital to gain access. Since then, the gross domestic product (GDP) has grown steadily; even in the economic crisis of 2009 growth remained positive. In 2016, GDP grew by around 5%. The high unemployment of previous years (2003: 13%) could be reduced to (2017) 5.6%.

Foreign trade: The trade balance has been positive for the past few years. In 2016 there were imports of 9.2 billion US $ and exports of 11.2 billion US $. Important commercial goods are chemicals, pharmaceuticals, textiles, electronic products and shoes. Equipment, crude oil and all kinds of finished products are imported. After the USA (2016: 9.5% of the import volume, 20.6% of the export volume), Costa Rica, Colombia and China are the most important trading partners.

The agricultural sector contributes 2.7% to GDP and employs 15% of the workforce. Since the majority of the smallholders are self-sufficient, basic foodstuffs have to be imported. On the predominantly export-oriented large plantations, z. Some of them are in foreign hands, the main crops are bananas, melons and pineapples. Cattle farming dominates the livestock industry.

Forestry: Around 62% of the land area is covered by forest – around two thirds of which are under protection. Without regulated forestry, the species-rich tropical forests are used selectively (mahogany, cedar species). However, 88% of the logging (2016: 1.17 million m 3) was used as firewood.

Fisheries: Despite extensive coastal areas, the fishing industry only contributes 0.7% of GDP. The main fishing area is the Pacific (Gulf of Panama, Gulf of Chiriquí, Gulf of Montijo) with a catch of (2016) 153 300 t (mainly anchovies, mackerel, red mullet and tuna). The most important export product is shrimp.

The strongly export-oriented service sector (trade, finance and transport) contributes 69.2% to GDP. The income from the sewer operation alone amounts to between US $ 2 and 2.5 billion annually. Panama is also an important offshore financial center and one of the world’s largest locations for ship registrations. In 2017, 8,000 merchant ships with 343.4 million GT were registered in Panama. Most ships under the Panamanian flag, however, belong to foreign shipping companies (flags of convenience).