There are 14 high school codes in Netherlands today, according to the ACT. The full list is shown below by city, with name of each high school and the city where the school is located (based on the ACT official site). You can search a school code by pressing “Ctrl” + “F” and then type school name or 6-digit school code. 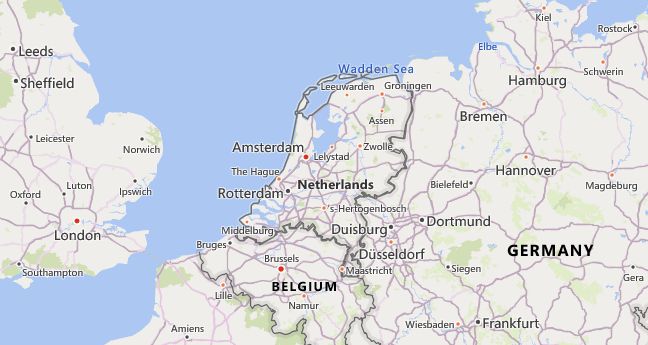 The above lists CEEB codes (College Entrance Examination Board) for all accredited Netherlands high schools. Please be informed that the list of high school codes in Netherlands may change throughout the year. If you can’t find codes for the high schools of your interest, please write to us or come back at a later time. We will update our database soon after a new high school code is added to the country of Netherlands.

Around 17.2 million (2018) people live in the Netherlands. With 511 residents per km² it is one of the most densely populated countries in Europe. For comparison: In Austria there are 107 people per km². Most people live in cities. The Randstad is a metropolitan area in the west of the Netherlands, which includes the cities of Amsterdam, Rotterdam, The Hague and Utrecht. Almost half of the population lives here. Two languages ​​are spoken in the Netherlands. Most people speak Dutch. The residents of Friesland and Groningen speak Frisian. In these provinces, many place and street signs are bilingual (Frisian and Dutch).

More than 180 different nationalities live in the Netherlands. A large number of immigrants came from the former Dutch colonies. The Surinamans, who come from the former colonial area of Suriname in northern South America, represent a strong group. The West Frisians (Frisians), who are recognized as a national minority, live in the north of the Netherlands. Around half of the population is non-denominational. The influence of the Christian church is declining.

The Netherlands is a comparatively wealthy country with a high standard of living. There are various types of social insurance, such as pension, health and unemployment insurance. The state provides a public infrastructure with social and cultural facilities, including schools, hospitals and sports and leisure facilities. The roads and local public transport are well developed.

The Netherlands is a constitutional monarchy. A queen or a king is the head of state, political power is held by the democratically elected parliament. Willem-Alexander has been King of the Netherlands since 2013. Mark Rutte (* 1967) has been Prime Minister since 2010. He rules in a four-party coalition. There are a large number of parties in the Dutch party system. This is also because there is no threshold clause. The formerly strong major parties have lost some of their voters. The influence of populist and xenophobic groups has been increasing since 2000 (populism).

The Parliament of the Netherlands has two chambers. The 75 members of the First Chamber, also known as senators, are appointed by the parliaments of the twelve provinces. The 150 members of the Second Chamber, on the other hand, are directly elected by the people. While the Second Chamber can change or introduce bills, the Senators of the First Chamber can only approve or reject bills entirely. The elections for the second chamber take place every four years.

Like the legal systems of all EU countries, Dutch law is increasingly shaped by European law. Strong laws protect freedom of the press. In 2001, the Netherlands became the first country in the world to allow same-sex couples to marry.

Multilateral cooperation is an important foreign policy instrument for the Netherlands. You work with other states to achieve common goals. That is why the small country is an active member of important institutions such as NATO, the EU and the UN. The Hague is the seat of various international courts and organizations, including the United Nations International Court of Justice and the International Criminal Court. Together with Belgium and Luxembourg, the Netherlands form the Benelux countries (Benelux).

School attendance is compulsory between the ages of 5 and 16. Primary school lasts eight years, followed by secondary schools. School grades range from 1 to 10, with 1 being the worst and 10 being the best. There are 14 state universities in the country, which are also very popular with foreign students. The principle of “freedom of instruction” applies. The parents decide for themselves which school their child goes to. The place of residence does not matter.