There are 21 high school codes in Nepal today, according to the ACT. The full list is shown below by city, with name of each high school and the city where the school is located (based on the ACT official site). You can search a school code by pressing “Ctrl” + “F” and then type school name or 6-digit school code. 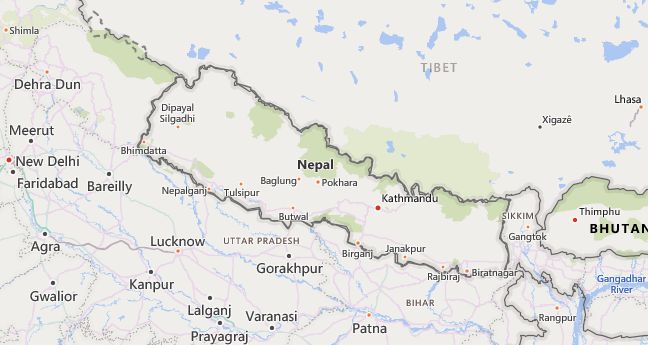 The above lists CEEB codes (College Entrance Examination Board) for all accredited Nepal high schools. Please be informed that the list of high school codes in Nepal may change throughout the year. If you can’t find codes for the high schools of your interest, please write to us or come back at a later time. We will update our database soon after a new high school code is added to the country of Nepal.

According to the constitution of 1990 (superseded in 2007 by the transitional constitution of the Federal Democratic Republic of Nepal), the state was defined as a Hindu kingdom, the king of which had to be a Hindu; Hinduism received special support from the royal family, but was not the state religion. Religious freedom was protected by the constitution as the right to practice “inherited religions” (into which a believer was “born”). In the transitional constitution, the Nepalese are granted protection against discrimination on the basis of religion (Article 13) and freedom of religion, which, however, are limited by an explicit ban on proselytizing (Article 23).

To Hinduism of the population are over 81%. Buddhism, to which around 9% of the population adheres, has developed its own Nepalese form in the culture of the Newar (indigenous people of the Kathmandu valley) through the integration of Hindu elements (Shivaism). The birthplace of the Buddha, Lumbini (UNESCO World Heritage Site) in the former Kingdom of Kapilavastu is of overall Buddhist importance. More than 4% of the population are Muslims (especially in the Tarai), under 2% Christians (mainly Protestants), over 3% are attributed to traditional ethnic religions.

Press: The daily newspapers with the highest circulation appear in the capital: »Kantipur«, »Kathmandu Post«, »Himalayan Times« (both in English) as well as »Annapurna Post«, »Nagarik«, »Samacharpatra«, »Naya Patrika National Daily« and » Rajdhani «(all in Nepali). The once leading government-owned papers »Gorkhapatra« (Nepalese) and »Rising Nepal« (English) have lost their importance. Among the English-language weekly newspapers, Nepali National Weekly and Swatantra Manch Weekly, People’s Review and Telegraph Weekly, stand out in particular.

Due to the topographical and climatic conditions, Nepal is in an unfavorable location in terms of traffic. The main focus of government development planning is therefore on road construction. However, large parts of the infrastructure were destroyed by the earthquake on April 25 and May 12, 2015. The road network is 25,300 km long, of which around 42% can be used all year round. There are also around 10,000 km of mule tracks. Here porters and pack animals still play an important role in goods transport, for which the 64 km long cable car between Hetauda and Kathmandu is also important. The Indian-Nepalese transit agreement restricts the use of Indian seaports to Kolkata. The only international airport is located southeast of Kathmandu; there are also more than 40 other airfields, some of them with solid pavement.