There are 9 high school codes in Myanmar today, according to the ACT. The full list is shown below by city, with name of each high school and the city where the school is located (based on the ACT official site). You can search a school code by pressing “Ctrl” + “F” and then type school name or 6-digit school code. 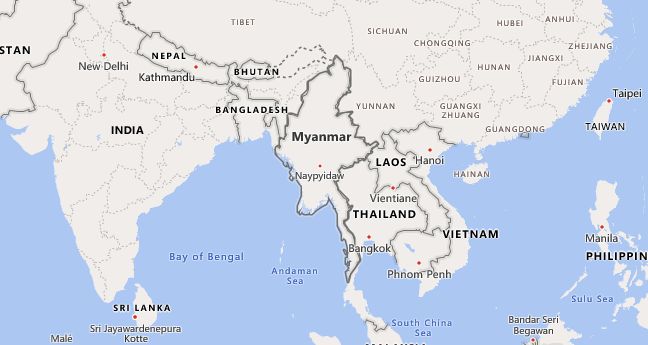 The above lists CEEB codes (College Entrance Examination Board) for all accredited Myanmar high schools. Please be informed that the list of high school codes in Myanmar may change throughout the year. If you can’t find codes for the high schools of your interest, please write to us or come back at a later time. We will update our database soon after a new high school code is added to the country of Myanmar.

At the head of the centralized judicial system is a Supreme Court; Subordinate to this are courts at the level of the Union states and provinces, districts and cities. The independence of the judiciary is not guaranteed. The legal system is based partly on British-Indian common law and partly on statutory law. Compliance with human rights is not guaranteed throughout.

There is general compulsory schooling for five to ten year olds. The school system is divided into a one-year pre-school, a four-year primary school and a two-phase middle school (grades 5-8 and upper grades (9-10). The education system suffers from tight financial resources, low school attendance rates, especially from secondary school, and poor quality of teaching However, government spending on education more than doubled in the 2010s. Buddhist monastery schools and private schools also play an important role in education. The oldest universities are Yangon University in Rangoon (founded in 1920) and Mandalay University (founded in 1925).

The previous censorship was lifted in the course of democratization in 2012, but in an international comparison, Myanmar only ranks in the bottom quarter when it comes to freedom of the press, because the media laws restrict the scope for free reporting. The military coup of February 2021 worsened the situation for media workers: journalists were arrested, radio stations were obstructed and telecommunications connections were interrupted.

From 2013 private daily newspapers were allowed to appear. The largest daily newspapers are the state papers »Myanma Alin« (founded in 1963), in the English edition »The Global New Light of Myanmar«, and »Kyemon«. The oldest private weekly newspaper “Myanmar Times” appears in English from 2000 (five times a week from 2015) and from 2001 in Burmese.

The state news agency is the Myanmar News Agency (MNA, founded in 1963).

The state-run Myanmar Radio and Television (MRTV) broadcasts radio and television programs, including in minority languages ​​and in English. Private broadcasters have been licensed since 2001, one of the largest providers is Mizzima Media (founded in India in 1998). Satellite television has existed since 1993. The most important mass medium is the radio. Several communication providers guarantee almost nationwide mobile phone reception. Internet services are largely offered through the Facebook group.

Myanmar is a multi-ethnic state with 135 ethnic groups. The Burmese (68%) make up the majority of the population. Most of them live in the central regions. The minorities, mostly living in the peripheral areas, are grouped into seven main groups: Shan (9%), Karen (7%), Rakhinen (4%; Arakan), Mon (2%), Kachin (1%), Chin and Kayah (also Karenni). The Rohingya people are considered stateless in Myanmar. They make up the majority of the 1.55 million refugees from Myanmar, mostly to Bangladesh. Most of the foreigners living in Myanmar are Chinese (3% of the population) and Indians (2%).

Compared to neighboring countries, Myanmar has a low population density. The area around Rangoon and the Irrawaddydelta are densely populated, as are the areas around Mandalay , Moulmein and Pegu , and the mountain regions are sparsely populated. Overall, only 31% of the total population live in cities.

The biggest cities in Myanmar