There are 3 high school codes in Malta today, according to the ACT. The full list is shown below by city, with name of each high school and the city where the school is located (based on the ACT official site). You can search a school code by pressing “Ctrl” + “F” and then type school name or 6-digit school code. 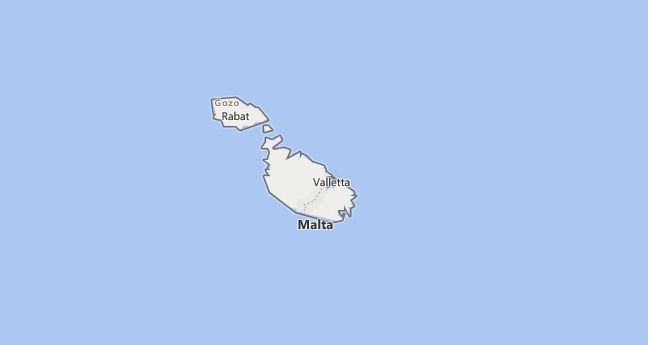 The above lists CEEB codes (College Entrance Examination Board) for all accredited Malta high schools. Please be informed that the list of high school codes in Malta may change throughout the year. If you can’t find codes for the high schools of your interest, please write to us or come back at a later time. We will update our database soon after a new high school code is added to the country of Malta.

Malta was densely populated in the Neolithic. The archipelago experienced its prehistoric cultural heyday at the time of the megalithic cultures (4th and 3rd millennium BC), which experienced an independent, unique form in Europe, divided into Żebbuġ, Mġarr, Ġgantija and Tarxien stages. Great temple architecture began in the Ġgantija stage; Marr-I and Mġarr-II temples (in the northwest of the island of Malta), Kordin III (south of Valletta), Skorba (near Mġarr), Mnajdra (complex with the remains of three temples from different construction phases not far from the south coast of the Island of Malta), Ġgantija (double temple on Gozo), beginning of Ħal Saflieni (south of Valletta; precursors cannot be excluded). Temple culture reached its climax with the Tarxien level: Temple Ħal Tarxien I – III (south of Valletta), Mnajdra (south temple), Ħaġar Qim (not far from the south coast of the island of Malta), Buġibba (ibid. On the north-west coast), Xrobb Il-Għagin (ibid. On the south-east coast), hypogeum of Ħal Saflieni. The temple’s floor plan usually comprised two oval rooms with inner and outer wall rings made of smaller blocks on stone slabs (orthostats) up to 2 m high. The most impressive monument is the double sanctuary ofĠgantija: Two closely adjacent temples (apses) are surrounded by a shared wall made of huge rock slabs, which was originally covered with a layer of clay on the outside and painted red limestone plaster. In the younger temples of Ħaġar Qim and Mnajdra, the stone blocks are partly covered with dot ornaments and in Tarxien with spiral patterns.

The temples of Tarxien have been partially reconstructed; they are the place where reliefs of sacrificial animals were found, a 73 cm high sacrificial stone and an originally 2.5 m high female cult statue (only the lower part was found). A three-story underground tomb (hypogeum) is located in Pawla (south-eastern suburb of Valletta): Ħal Saflieni(around 2500 BC) has a red-colored ceiling pattern and two inner stone facades; among the finds the miniature statuette of a »sleeping woman« (»Venus of Malta«). The temple culture is associated with a cult of gods (altars, remains of sacrifices). It took place at the end of the 3rd millennium BC. A sudden end. Newcomers (with copper weapons) used the Temple of Tarxien as a cemetery (cremation, Tarxien cemetery level). This culture was in turn introduced by immigrants from southern Italy around 1400 BC. Destroyed. (Megalithic culture)

The connections to Sicily and Italy determined the development up to the Phoenician colonization in the 8th/7. Century BC The Phoenicians called the island Mlt (“Refuge”, probably pronounced Malet or Melet); from this came the Greek name Melite (Latin Melita) and finally Malta under Arab influence. In the 7th / 6th In the 18th century, Malta came under the sovereignty of Carthage; since 218 BC It was Roman. The Eastern Roman (Byzantine) Malta after AD 395 was occupied first by Vandals and then by Ostrogoths during the Migration Period and was reclaimed for the Byzantine Empire in 533.

The Arab rule (870-1091) had a lasting influence on the people and language. After 1091 Malta became Norman, but the Arabs were only expelled from Malta after 1240 by the Hohenstaufen Frederick II.

In the following centuries, Malta shared the fate of Sicily under the Hohenstaufen, the Anjou (since 1266) and (since 1284) the Aragonese and united Spaniards; direct rule on site was mostly exercised by fiefdoms of the respective king. In 1530, Emperor Charles V gave the islands and Tripoli to the Order of St. John and the Order of Malta as a fief.

The high point of the constant fighting of the order against the Turks was the defense of the Turkish siege (May to September 1565). In 1566 the Grand Master of the Order, Jean Parisot de la Valette (* 1494, † 1568) founded the capital Valletta. The conquest by French troops in 1798 ended the Order of Malta’s long rule over the Maltese Islands; from 1800 Malta was under British protection. The dispute over the restitution of Malta to the Order of Malta, as stipulated in the Peace of Amiens (1802), caused a. the resumption of the war between Great Britain and France (1803). The Peace of Paris (1814) recognized Malta as a British Crown Colony, which became one of the most important British naval and later air bases.

During World War II, Malta played a strategically important role in the Mediterranean. Since the Axis Powers had not succeeded in effectively eliminating the British naval and air base in Malta in 1941/42, the British naval and air forces from Malta were able to seriously disrupt the supplies for the Axis forces in North Africa. In June 1942, Hitler and Mussolini gave up the planned German-Italian airborne operation against Malta in favor of a further advance into Egypt.

On September 5, 1947, Malta received internal self-government, which, however, was suspended again in 1958 by the British government in favor of colonial status on the occasion of a constitutional conflict with the Maltese Prime Minister D. Mintoff (Workers’ Party). After renewed British-Maltese negotiations, Malta was given autonomy in 1962 and state independence in 1964 (September 21); Prime Minister was 1962–71 Borg Olivier (* 1911, † 1980; Nationalist Party). His government signed an agreement with the British government granting Malta financial aid and allowing Great Britain to station troops in Malta. With an association agreement (1967), Malta sought a stronger economic link to the EEC. In 1971 the Workers’ Party of Malta came to power (confirmed several times in subsequent elections); she was the prime minister until the second half of the 1980s (1971–84 Mintoff, 1984–87 Carmelo Mifsud Bonnici [* 1933 ]). The republic was proclaimed on December 13, 1974. Domestically, the governments of the Maltese Workers’ Party pursued a conflict-ridden policy towards the Catholic Church, determined by secular ideas, as well as a planned economy-oriented economic policy (e.g. nationalization of important companies), and foreign policy a policy aimed at Malta’s non-alignment. Mintoff achieved in 1971 the transfer of the NATO staff Europe South from Malta to Naples and (until 1979) the withdrawal of British troops from Malta. Libya’s influence in Malta increased in the 1970s and 1980s, interrupted in 1979/80 by the Libyan-Maltese dispute over the division of the oil-rich shelf between the two states. During this time, Malta sought rapprochement with Italy, which in 1980 guaranteed the neutrality of Malta in a treaty.