There are 7 high school codes in Malawi today, according to the ACT. The full list is shown below by city, with name of each high school and the city where the school is located (based on the ACT official site). You can search a school code by pressing “Ctrl” + “F” and then type school name or 6-digit school code. 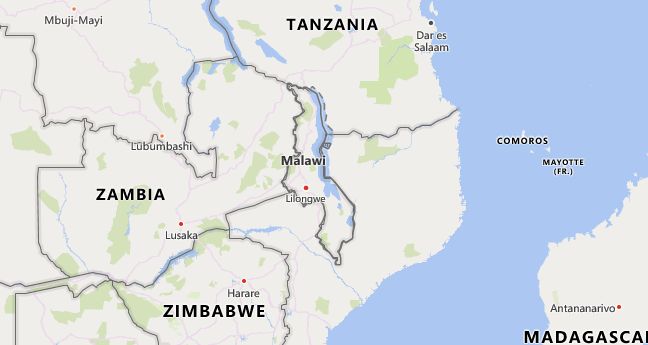 The above lists CEEB codes (College Entrance Examination Board) for all accredited Malawi high schools. Please be informed that the list of high school codes in Malawi may change throughout the year. If you can’t find codes for the high schools of your interest, please write to us or come back at a later time. We will update our database soon after a new high school code is added to the country of Malawi.

Malawi borders Tanzania to the north and northeast, Mozambique to the east, south and southwest and Zambia to the west. Malawi has a north-south extension of 837 km with a width between 80 and 160 km. The wide plateaus (1,200–1,400 m above sea level), which take up two thirds of the land area, are dominated by individual Inselberg massifs (the Mulanje massif in the southeast reaches 3,002 m above sea level). The entire length of the country is traversed by the Nyassa Trench (southernmost part of the East African rift system ) with Lake Malawi (four fifths of which belong to Malawi) and its outlet, the Shire; a branch of the rift valley facing south-east is occupied by the Chilwasee (600 m above sea level), which has a varying extent (around 1,600 km 2), but has been in acute danger of dehydration since 2009. Lake Malawi (472 m above sea level) is 695 m deep and thus reaches 223 m below sea level, the neighboring Nyika plateau up to 2 606 m above sea level (near the west bank).

Malawi has a tropical climate, which varies due to the long north-south extension and the height differentiation. The rainy season is from November to April; in the southeast, uphill rains of the southeast trade wind bring the precipitation. The annual rainfall amounts to 800-1,300 mm in the highlands, but only 750 mm in the rain shadow; the mountains are more heavily watered (Mulanje: 3,000 mm per year). In total, the north has seven to eight humid months, the extreme south only five to six. The tropical temperatures (annual mean temperature 22 ° C) are influenced not only by the altitude but also by the large bodies of water. In the early 1990s, there were major periods of drought in the south.

Despite tropical temperatures, the vegetation is not evergreen. Predominates deciduous dry forest, especially miombo with candelabra spurge, in the south which turns into mopane with baobab trees and raphia palms. There are cedar stands in Mulanje. Periodically flooded areas are grassland.

After the sudden death of the president on April 5, 2012, Vice-President Banda was sworn in as the new head of state on April 7, 2012 in accordance with the constitution. On May 28, 2012, the parliament decided to reintroduce the old national flag. The President dismissed her entire cabinet on October 10, 2013 on suspicion of corruption. On October 15, 2013, she nominated a new government, which also included ministers from the old cabinet. The president’s reputation among the population suffered as a result of the corruption scandal and widespread poverty.

Parliamentary and presidential elections were held on May 20, 2014. When the President’s defeat became apparent after the first counts, she canceled the elections because of alleged irregularities and called for new elections to be scheduled. The cancellation was not approved by the court. Eventually Banda gave in. The election commission declared the DPP candidate Peter Mutharika , brother of the former president Bingu wa Mutharika, the election winner. He received 36.4% of the vote. Banda came behind MCP candidate Lazarus Chakwera with 20.2% of the voteonly in third place. The DPP was able to prevail in the parliamentary elections by winning 50 seats. The MCP won 48 mandates, the PP 26. Peter Mutharika was sworn in as the new President on May 31, 2014.

In the presidential election of May 2019, Mutharika again took the lead with around 39% of the vote, ahead of Chakwer a, who received around 35%. However, Chakwera and other opposition groups challenged the result because of irregularities, whereupon the Constitutional Court declared the election null and void in early 2020. For the re-election in June 2020, Chakwera forged an alliance of oppositional forces. As a result, he gained a clear majority of the votes with almost 59% and was sworn in as President on June 28, 2020.